Thomas Kaiser (Ethan Peck, In Time) has been having a reoccurring dream where he sees a beautiful sleeping girl, but something awakens him before he can kiss her. He receives a call telling him his uncle died and left him a mansion that has been in his family for generations. The house also holds a curse and is inhabited by demons. Any non family that access the home mysteriously disappears, never to be seen again. He dreams of the sleeping girl again and manages to awaken Briar Rose (India Eisley, The Secret Life of the American Teenager) whom tells Thomas that she is only allowed to see him in his dreams because her body is being held captive by an evil power. He needs to find the body of Briar Rose and break the spell. He enlists the help of Linda (Natalie Hall, Star-Crossed ) whose brother went missing in the house, and Richard (Bruce Davidson, X-Men) a paranormal expert and Linda’s ex-boyfriend Daniel (James Adam Lim, Hawaii 5-0) a cryptographer – but of course.

THE GOOD: The make-up and costumes are gorgeous. The CG effects are adequate.

THE BAD: Where do I start?  The story is dumb and boring. The ending is horrible.  What is this movie supposed to be about? Sleeping Beauty is more like a red herring. The makeup people thought it was a good idea to shave actor Ethan Peck’s body where he has a small trimmed section of chest hair and his torso is completely hair free; not even a happy trail. Nobody’s got body hair like that and it looks so weird.  The character of Daniel is odd and out of place. It’s like they felt they needed to throw in a conflicting love interest that didn’t need to be there.

Costume and makeup professionals will appreciate The Curse of Sleeping Beauty, but that’s about all you’re getting out of this one. 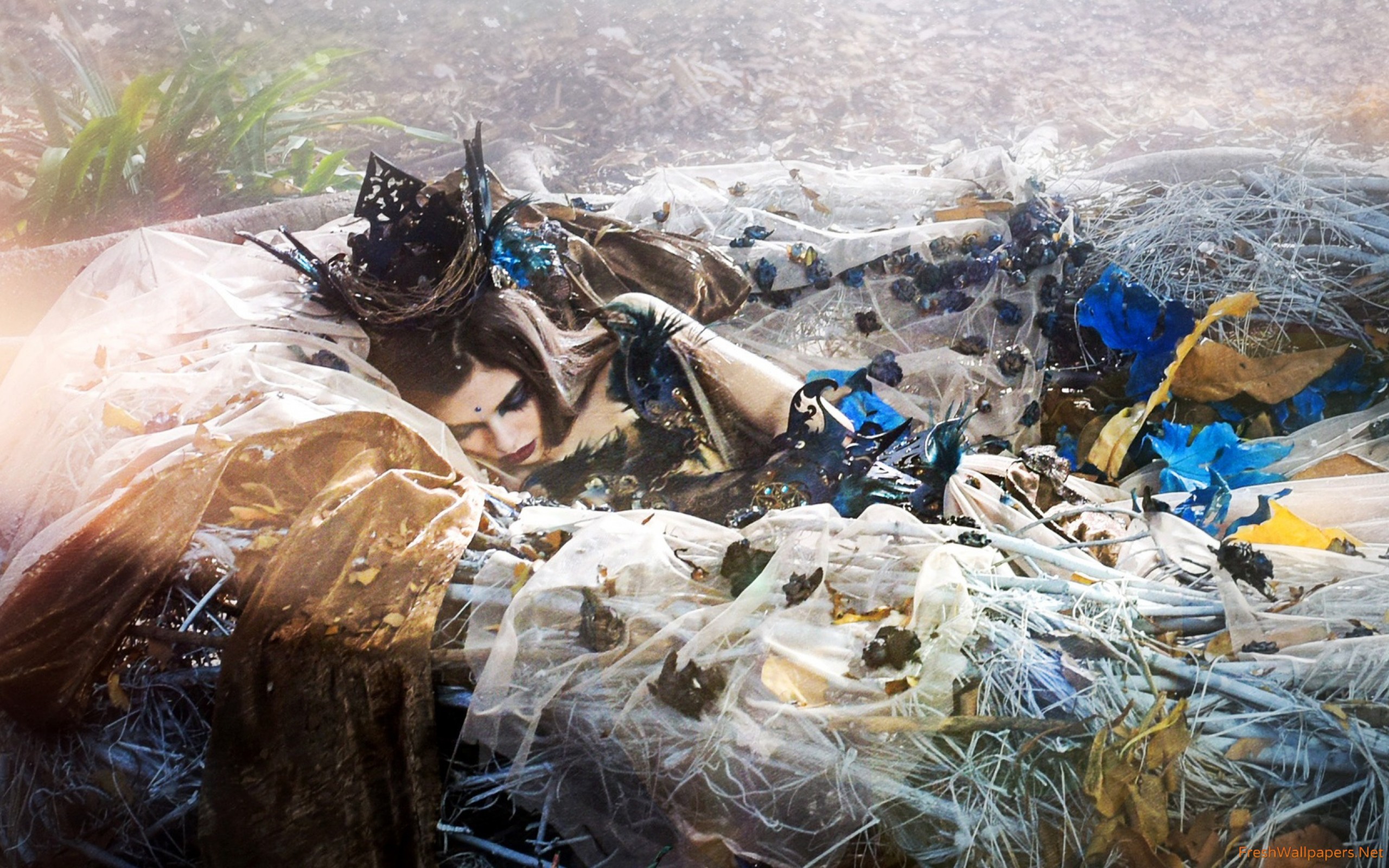