Eighty-nine-year old Gye-yeul Kang and ninety-eight-year old Byong-man Jo have lived together for seventy-six years in South Korea. Moyoung Jin directing his first feature-length documentary, was given permission to follow them during the last year of their married life.

We get a chance to see their modest house located in a small town in Hoengseong County in Gangwon Province; their dogs: a white nameless one and a black pregnant mixed terrier named Freebee; their sleeping arrangements, which consist of bare wooden floor, a pillow and a blanket; their traditional matching silk garments in all the rainbow colors; their eating habits, which consist of dinning on the floor, using basic ingredients of rice, vegetables and fish; and their outings in the local market, picnics and dance parties.

Since Gye-yeul Kang had given birth to twelve children, and six survived, she has large family that gathers on holidays, birthdays and anniversaries, not all are happy occasions and some involve shouting matches. When Byong-man Jo who suffers from breathing problems develops a lung disease, he is refused treatment by the local hospital, due to his old age, and told to “rest”. Though director Moyoung Jin is not critical of the health system in this local province he follows Byong-man Jo to his last day, when he is buried according to Korean customs, leaving grieving Gye-yeul Kang and Freebee behind.

Photography was done by director Moyoung Jin, taking advantage of the natural beauty of this small Korean local during winter, spring, summer and fall.

My Love, Don’t Cross That River received a Documentary Awards at the 2015 Los Angeles Film Festival and other cities such as Moscow and Nyon, but will have a limited appeal to the older indie crowd in the United States.

Story: B+
Acting: B
Technical: B+
Overall: B 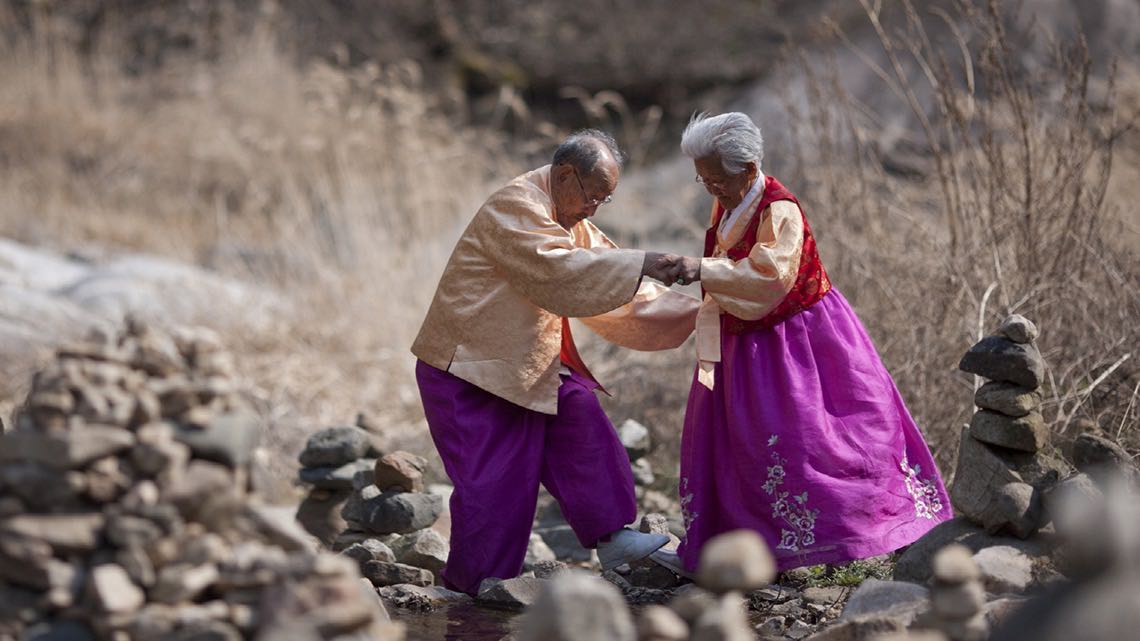