Me Before You Movie Review

Though “Me Before You” will take its place among more or less saccharine romantic dramas, Thea Sharrock’s movie is thoroughly watchable thanks to two central social-class-related performances.  Sharrock, whose film debut was filmed by Remi Adefarasin in Pembrokeshire, Wales—which unknown to many here in the U.S. has an abundance of castles—tackles the theme of social-class politics between a fabulously rich Traynor family and a down-and-out twenty-six year old hungry for any kind of work.  You wouldn’t expect a young woman whose breadwinner is going through a crisis of unemployment to be much more than a servant to a formerly vigorous thirty-five year old, but then you wouldn’t have a British romance, would you?

As the principal male in the movie, Sam Claflin tackles the role of William Traynor who, in the film’s opening segments shows a guy in a high-paying executive finance job, a fellow with a comely, upper-class girlfriend, Alicia Dewar (Vanessa Kirby) but one who is so wrapped up in his work that he falls victim to motorcycle accident that leaves him quadriplegic.  He retains no ability below the neck aside from a finger or two to operate his motorized wheelchair, and he is so despondent that he is planning a trip to Switzerland, which allows even non-citizens to end their lives in the presence of witnesses.  He has promised his parents Camilla Traynor (Janet McTeer) and Steven Traynor (Charles Dance) to give life six months, after which, if he does not change his mind he will enter the morbid world of Dignitas, which promises “Death with Dignity.”

His mother, frantic with worry, hopes to change her son’s mind by hiring Louisa Clark (Emilia Clarke) to be little more than a friend, a chatty young woman with no experience as a caretaker but one motivated to learn and to overcome the irritability of the unfortunate, paralyzed man.

Based on Jojo Moyes’ novel adapted by the author, “Me Before You” takes its time to establish the rapport between victim and young companion, doing so deftly enough to make us in the audience believe that this under-educated woman whose only experience had been as server of tea and scones in a small café (where she was laid off because of poor business), can charm a guy with more education, class, and experience.  Though the motif is the hope that William, whose fiancé had bolted only to marry William’s best friend Rupert (Ben Lloyd-Hughes),  will change his plans, but of course it’s Louisa who makes enormous strides, a woman with limited experience who, as William teases, hasn’t been anywhere and who deserves to live life fully.

It was clear from the beginning that Louisa, who dresses in funky styles and who looks goofy when her hair is not freely flowing, would have no official job to do other than to serve tea and keep William company.  Given the family wealth, the physical needs of the man are taken care of by a nurse, Nathan (Steve Peacocke), all of which makes Patrick (Matthew Lewis), a sports fanatic and diet freak who is Louisa’s girlfriend, feel that William is slowly becoming the target of Louisa’s romantic attentions.

The castle, which appears to be owned by the Traynor family, presents a fabulously expensive living quarters for William, who has been moved to the countryside from London, and is a testament to the skill of Andrew McAlpine, the production designer. The movie has an abundance of comic moments, particularly a video scene of William in better days played out to a background of James Bond music amid the witty comments of two of William’s former pals. 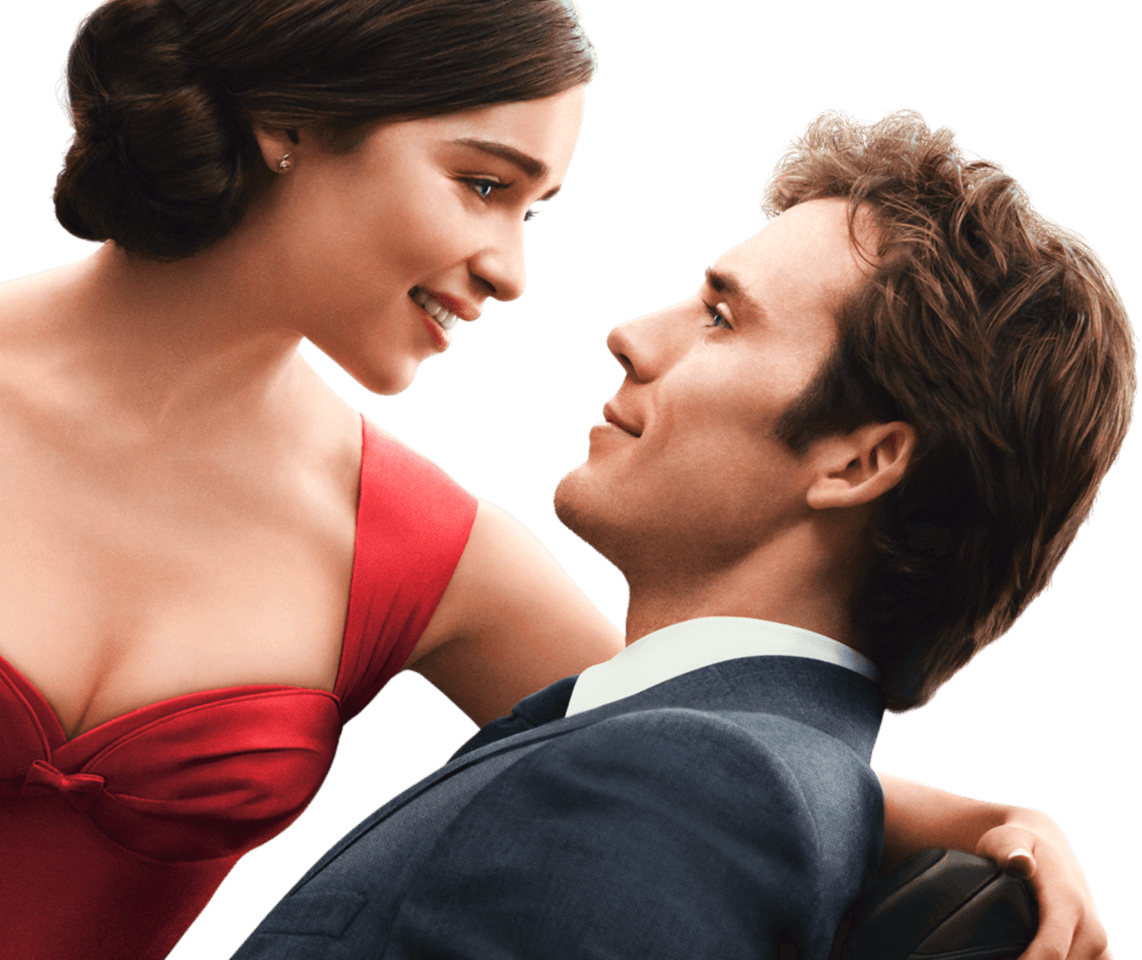