Carnival workers have been tricked into playing a deadly game, during which they must survive 12 hours of their own private hell at the hands of their tormentors, in order to live. The victims’ struggle is powerfully chronicled in the newly released first official trailer for the upcoming horror film, ’31.’ The trailer debuted after the movie’s first official teaser poster was revealed last week.

The trailer and teaser poster have both been unveiled by Saban Films and Lionsgate. The two companies acquired the North American distribution rights for the thriller after it had its world premiere in January at the Sundance Film Festival. The distributors will release the movie On Demand on September 16, and then in select theaters on October 21.

Saban Films and Lionsgate have released the following synopsis for ’31’:

From the visionary mind of Rob Zombie comes the horrific story of five carnival workers who are kidnapped the night before Halloween and held hostage in a large compound. At the mercy of their captors, they are forced to play a twisted game or life or death called 31. For the next 12 hours they must fight for their lives against an endless parade of homicidal maniacs.

Watch the first official trailer for ’31’ below. 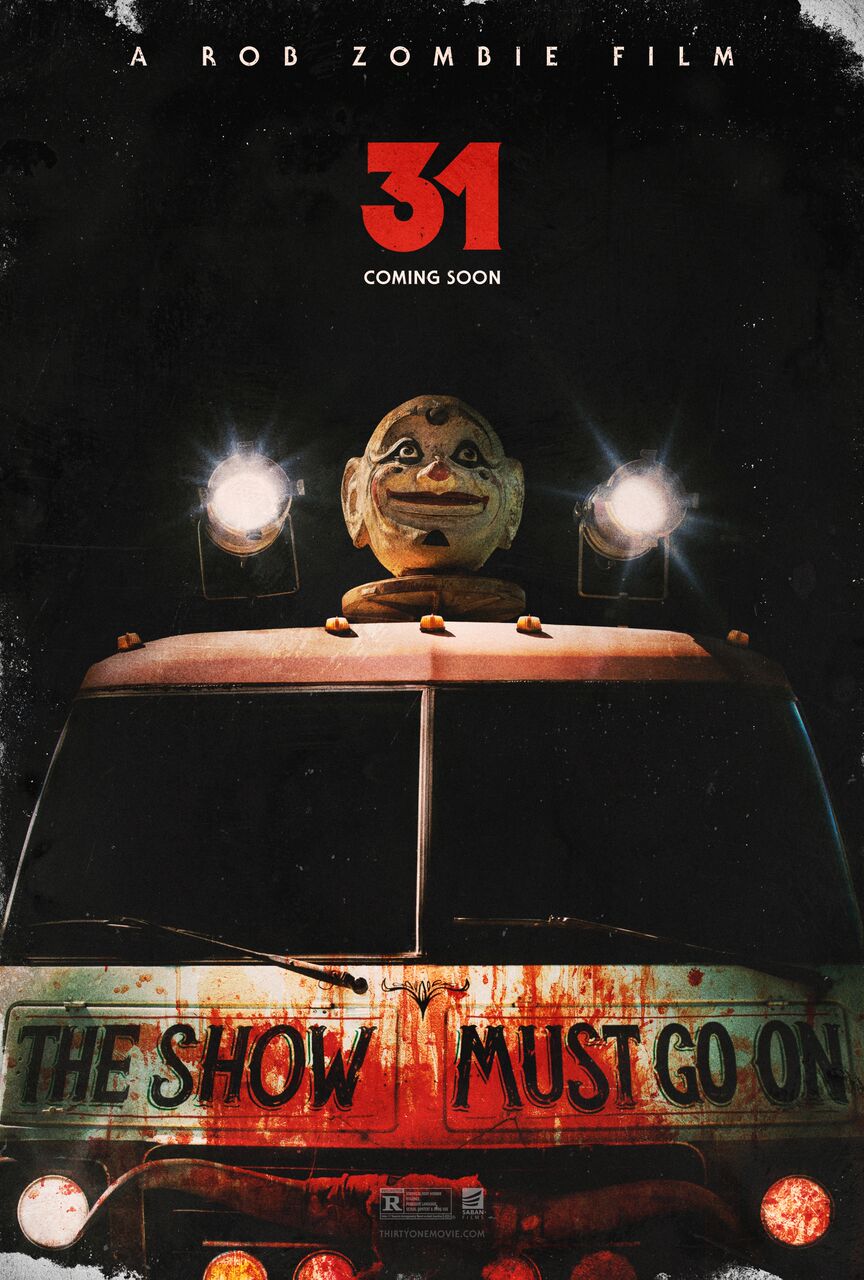