Internet personalities are finally proving they have irrefutable and genuine talent in the upcoming mockumentary, ‘Internet Famous.’ To showcase the internet stars’ natural comedic abilities, Shockya has an exclusive clip, titled ‘You Know, Driving Can be Pretty Boring,’ from the new digital feature film from director Michael Gallagher. The intriguing skills of the movie’s actors that are highlighted in the clip will be fully revealed when Maker Studios, the global leader in online short-form content, and Off The Dock, Lakeshore Entertainment’s digital studio, in association with Cinemand Productions and Entertainment 360, release the comedy on iTunes this Tuesday, June 21.

‘Internet Famous’ was co-written by Gallagher and comedian Steve Greene, who also stars in the comedy. Greene is joined on screen by internet sensations Shane Dawson, Wendy McColm, Amanda Cerny, Richard Ryan and Christian DelGrosso, as well as Roger Bart, John Michael Higgins, Missi Pyle, Adam Busch and Tony Cavalero. The comedy follows the adventures of five fictional Internet personalities as they travel across the country to compete in a talent competition. The only problem is…they have no talent.

Watch ‘You Know, Driving Can be Pretty Boring,’ Shockya’s exclusive clip from ‘Internet Famous,’ below. 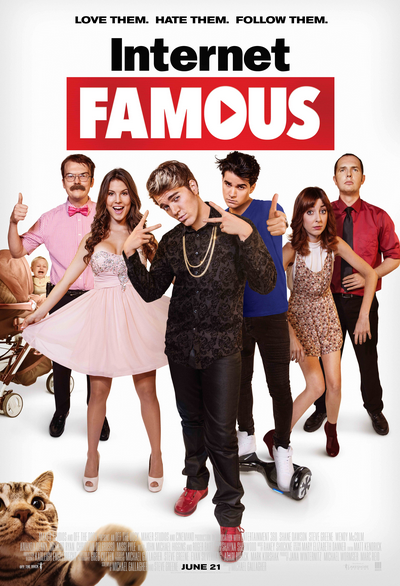