Your peers’ seemingly glamorous lifestyles may ultimately prove to not be as alluring as they initially appear when you finally uncover the strained connections they’ve been desperately trying to hide. That’s certainly one of the most important lessona that Nick Jonas learns in his stunning new thriller, ‘Careful What You Wish For,’ which marks his feature film leading role debut. The essential message will be shared with audiences when Anchor Bay Entertainment distributes the movie on DVD on August 2.

‘Careful What You Wish For’s DVD will be available for the suggested retail price of $22.98. The thriller’s home release comes after it was distributed in theaters, On Demand and on iTunes on June 10 by Starz Digital. The drama was written by Chris Frisina and directed by ‘Ramona & Beezus’ and ‘Aquamarine’ helmer, Elizabeth Allen Rosenbaum. In addition to Jonas, the film also stars Isabel Lucas, Paul Sorvino and Dermot Mulroney

Anchor Bay Entertainment has released the following synopsis for ‘Careful What You Wish For’:

Set in a wealthy vacation community, ‘Careful What You Wish For’ is a story of seduction, deceit and betrayal. The summer before he leaves for college a young man (Jonas) begins an affair with the beautiful wife (Lucas) of his powerful investment banker neighbor (Mulroney). The plot thickens when a suspicious death embroils the young lovers in scandal.

To learn more about the film, visit Anchor Bay Entertainment’s official website. Watch the official trailer for the thriller below. 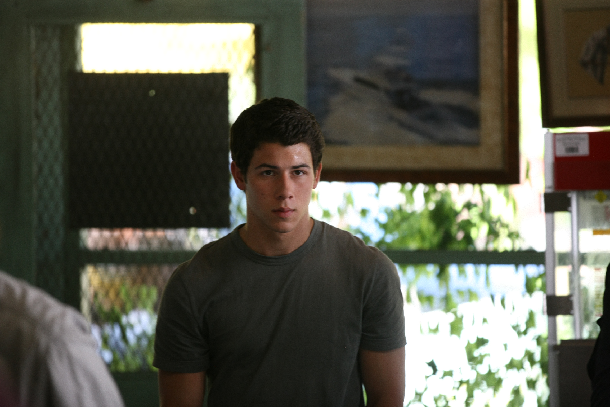