What a delightful little piece!  Michel Gondry, whose “Eternal Sunshine of the Spotless Mind” hints of the writer-director’s surreal bent, as that movie deals with two characters who seek to erase memories of each other from their minds, now tackles the really special time of adolescence.  Two teens, Daniel (Ange Dargent), called Microbe because of his small shape, and Théo (Théophile Baquet, called Gasoline because he is always tinkering with machines, get together  because they share a dislike for the “average” kids in their school, though their personalities are far apart.  Microbe is regularly bullied because he is short and looks like a girl, and as a result has an inferiority complex that enjoins him from trying to hit it off with classmate Laura (Diane Besnier).  For his part, Théo is the movie’s Holden Caulfield, a bright kid who has contempt for the immaturity of his peers and does not care what others think of him, or so he insists.  Both have parents that could be called dysfunctional, Daniel’s Mom, Marie-Thérèse (Audrey Tautou), because she smothers her boy with too much love while planning to divorce his father, while Théo’s home is dominated by a fat, depressed mother and bullying antique-dealer father.

The two get together to plan an escape, building a motorized, wooden shack thanks to Théo’s ability with mechanics.  As this is a road-and-buddy movie, you would expect some unusual adventures. These they get, including an invitation by a dentist and his wife to their home. which convinces the kids that their host may be a psycho; in another scene, followed by two gendarmes, they pull over to the side of the road, hiding inside their “car,” only to find the cops taking a selfie with the shack as a background.

The picture is unhurried, as we expect for a Gondry vehicle and has at least once outright surreal imagery—when Microbe dreams of meeting a most seductive Laura on the beach, nor does Microbe recoil as much as you might expect when, in looking for a haircut that might make him appear manly, he winds up in a Korean massage parlor asked to choose between a massage and a scalping.

Daniel, then, is the cute kid, eager to learn how to attract girls but disgusted that he is treated as though he were invisible.  He hits it off credibly with his opposite, Théo, who, in addition to enjoying his friendship with his smaller friend does not hesitate to support him as though he were the boy’s psychotherapist.  All in all, an enjoyable romp in which even moviegoers allergic to teenagers could find smiles, laughs, and poignancy. 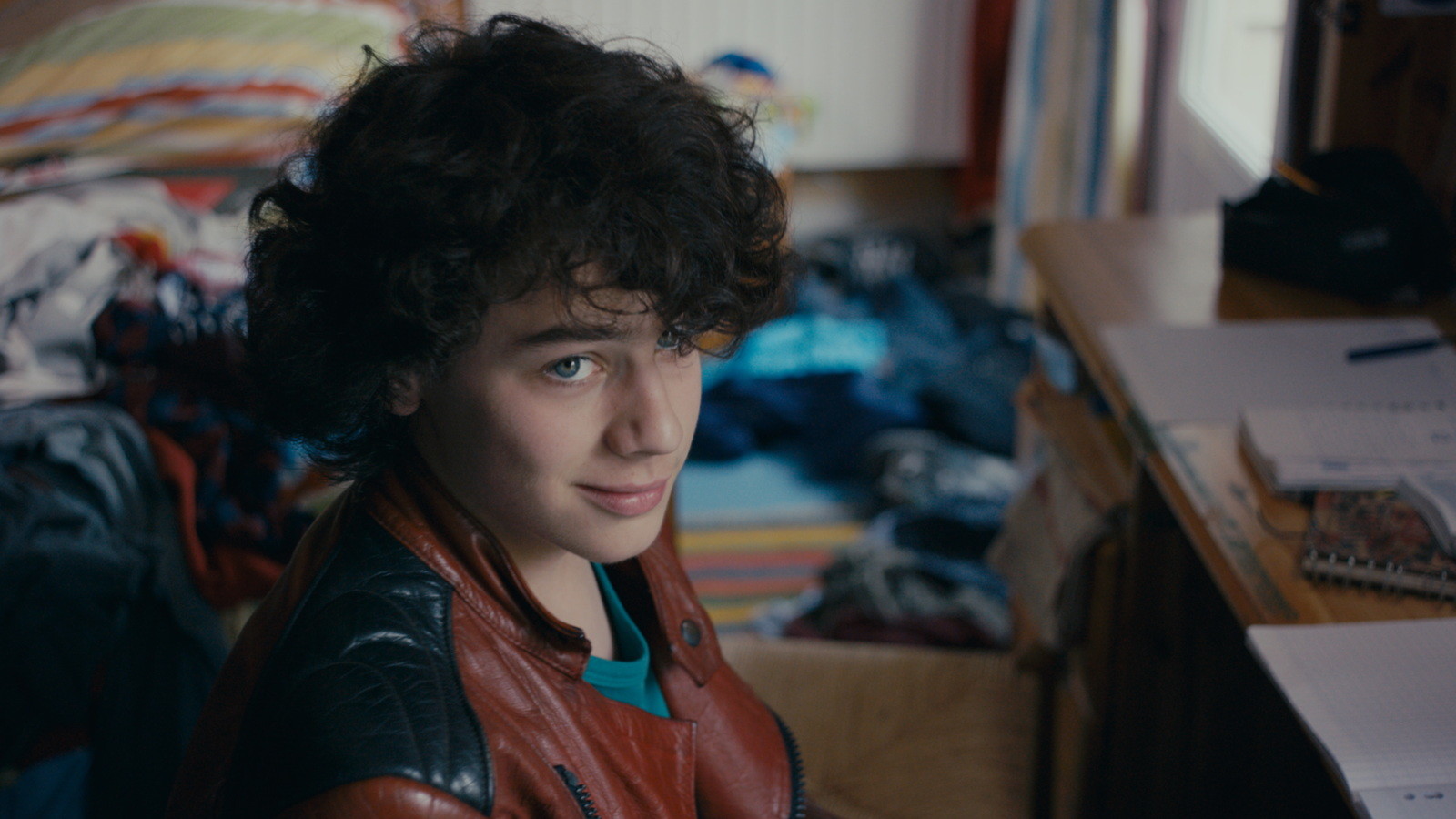