Gabriele Muccino, whose “Welcome to Happyness” finds a struggling salesman who takes custody of his son, delivers Brad Desch’s script for “Fathers and Daughters” which includes a custody battle as well. This being the case, you might expect a soap opera, and “Fathers and Daughters” does have a soap quality. But it’s a well-acted drama with an outstanding cast and a terrific performance featuring Russell Crowe’s relationship with his 8-year-old daughter played by Kylie Rogers whose chemistry reaffirms how much a little girl can love her dad. The Italian-born director’s movie is family-friendly, overlong, melodramatic and quite often mawkish, but it’s a pleasure to watch Hollywood actors who may not be at the top of their careers but whose performances are eminently watchable.
As the title would indicate, a father’s relationship with his daughter has a profound effect on a young woman’s emotions, particularly when a mother absences herself from the scene, in this case because of an accidental death. Using a host of flashbacks, Muccino clearly brings out the parental sway, illuminating that old expression that the apple does not fall far from the tree.

The car crash that opens the movie focuses on an argument between Jake (Russell Crowe) and his wife (which you should not do when your young daughter is in the back seat), resulting in a fierce crash that kills the wife and provides Jake with epileptic seizures that take place just when he doesn’t need them. What’s more the accident leaves Jake with a depression serious enough to be treated at a mental hospital for seven months, while Katie (Kylie Rogers) is taken care of by her fabulously rich aunt and uncle, Elizabeth and William (Diane Kruger and Bruce Greenwood). Since Jake lacks both the financial resources and emotional stability, Elizabeth and William plot to seize custody of the young girl.

Yet we root for Jake, as he and his daughter love each other. Jake teacher her to ride a bike, and even when his second novel bombs, he informs his literary agent Teddy Stanton (Jane Fonda) that he will continue and that his new book, “Fathers and Daughters,” will be destined for a Pulitzer.

At least half of the story takes place twenty-five years later (though Russell Crowe seems to have aged three years). Katie (Amanda Seyfried) is taking a graduate degree in Psychology, and as a social worker under the supervision of Dr. Corman (Octavia Spencer), she is trying to get a traumatized young Lucy (Quvenzhané Wallis) to talk, providing her with the kind of love and attention (and bike lessons) Katie had received from her own dad. But Katie’s own childhood trauma involving the violent death of her mother incites her to self-destructive acts, picking up men in bars and in one case having sex in the bathroom. She is “saved” by her relationship with Cameron (Aaron Paul), who loves her dearly and, not realizing that the Katie is in conflict about her stay with aunt and uncle, is hurt that she will not go with him to Connecticut to meet his parents.

Much of the story is sad, but in the soapy tradition, the way is paved for a fairly happy ending. Daniel B. Clancy’s production design is solid, particularly the lavish home of Elizabeth and William, which could easily have come out of a Trump tower. Alex Rodriguez’s editing shifts easily between the time periods. After we are provided with some suspense, we see the custody fight settled with Katie and Cameron’s relationship ending on a mixed, but cautiously optimistic note. 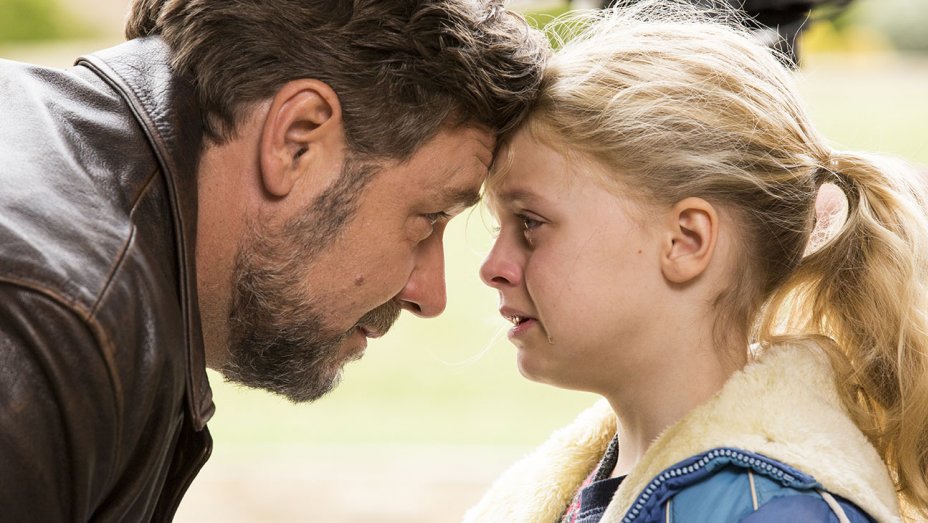