“I like to improvise. I like to do things as if I were playing jazz, try this, try, that.” These are the first words spoken on camera by Iris Apfel in the documentary by the late octogenarian Albert Maysles, who tributes her life.

‘Iris’ is more than a mere fashion film. The quick-witted, flamboyantly dressed 93-year-old style maven has had an outsized presence on the New York fashion scene for decades.

Maysles follows her around, with his masterful photography, that is the trademark of his storytelling. He’s a part of the film too: Apfel introduces him to friends and acquaintances and chats with him off camera. When Maysles asks her how she comes up with her whimsical outfits she explains: “I don’t have any rules, or I would have to be breaking them all. It’s not intellectual, it’s all gut.” The film truly captures her enthusiasm for the arts, and her pearls of wisdom: Iris reminds us that dressing, and life, is nothing but an experiment.

The life lessons imparted by this relentless workaholic are utterly inspirational. The “geriatric starlet” (as she likes to define herself) worked as interior designer, before launching a textile firm with her husband Carl. In the course of her life Iris Apfel also took part in many restoration projects, including the ones for several presidents: Truman, Eisenhower, Kennedy, Johnson, Nixon, Ford, Carter, Reagan and Clinton.

The sassy lady remembers that she bought her first piece in Greenwich Village, when she was only eleven years old, and she enhances the way style is not about being pretty. She is also against plastic surgery “You come out looking like a Picasso, with scrawny hands that don’t match your face,” she says.

Her exquisite taste in couture has been homaged by several museum retrospectives, including the Metropolitan Museum of Art in New York. But this hasn’t made her judgmental as regards the way others dress: “I can’t judge,” she says, “it’s better to be happy than to be well dressed.”

Despite the abundance of glamour in her current life, she continues to embrace the values and work ethic established during a middle-class Queens upbringing during the Great Depression. Class is something money just can’t buy, as she recalls the way her mother worked wonders with a simple scarf.

The simplicity with which Maysles introduces us to what could be an  eccentric wise grandmother — but is also a trend-setter who has made history in the fashion world — is incredibly beguiling. This last film by the great documentarian Albert Maysles, who died in March of 2015 at 87, sums up the legacy of a legend in fashion and an exceptional human being. 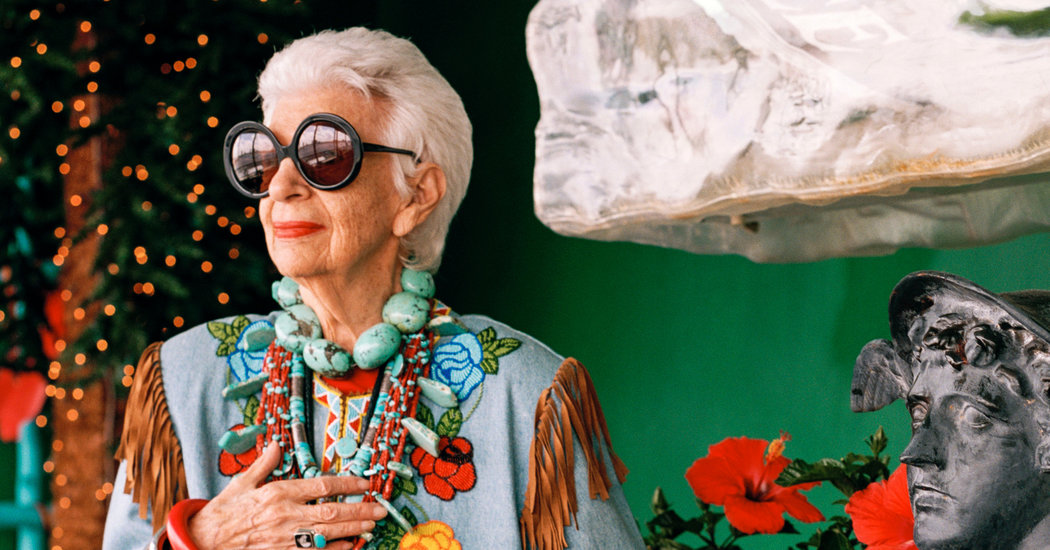