The Girl with All The Gifts Gets A New Movie Poster

In the near future, most of humanity has been infected by a variation of a fungus known as the Ophiocordyceps unilateralis, also referred to as a zombie fungus. The infected, referred to as “hungries”, quickly lose their mental powers and feed on the flesh of healthy humans. The disease spreads through blood and saliva, but can also spread through spores created by the fungus, which needs an unknown trigger to be opened. The few surviving members of the human race live in heavily-guarded Birmingham and are focused on discovering a cure by studying a small group of children that are second-generation hybrids – part “Hungry”, part human. Unlike first generation “Hungries”, the children are able to retain their mental powers and only lose control when they get too close to human scent. These studies require that the scientists kill their test subjects, something that one teacher, Helen Justineau (Gemma Arterton), finds uncomfortable. When one of the children, Melanie (Sennia Nanua), is selected for dissection by the head scientist Caroline Caldwell (Glenn Close), Helen must risk everything to save her.

“The Girl with All the Gifts” hits theaters on September 23. 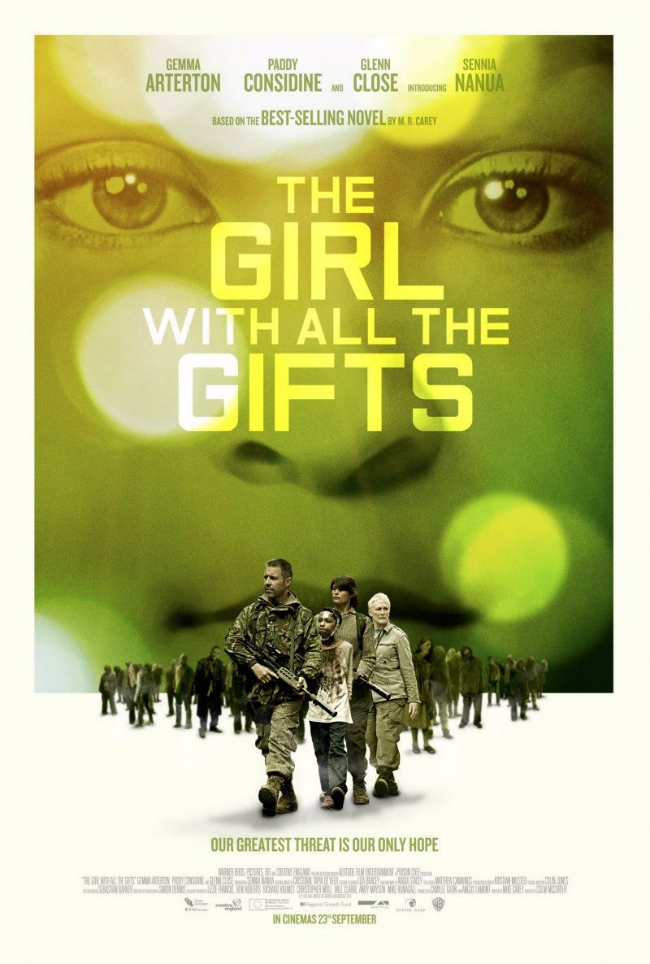