Celluloid Wizards in the Video Wasteland: The Saga of Empire Pictures Gets A New Movie Poster

Jul 11, 2016 Celluloid Wizards in the Video Wasteland: The Saga of Empire Pictures

Scientists. Psychopaths. Aliens. Mutants. Cyborgs. Trolls. Valet Girls. Sorority Babes. These are only a few of the extraordinary characters that populated the cinematic universe of Empire Pictures, the short-lived film studio founded in the 1980’s by legendary B-movie producer Charles Band (The Puppet Master series). While other independent studios were targeting the growing home video market, Band was producing low-budget horror and fantasy features for multiplexes worldwide.

But, while Band ambitiously exclaimed “2,000 movies by the year 2000”, his newfound studio was rapidly crumbling beneath him. His unbridled passion for motion picture marketing and distribution clashed with scandalous banking practices, largely due to a turbulent relationship with the infamous Crédit Lyonnais. But what really caused the youthful film company to crash and burn upon the sticky floors of empty movie theaters?

From the immediate box office success of “Re-Animator” and “Ghoulies”, to abysmal failure of “Eliminators” and “TerrorVision”, this unique documentary chronicles the epic journey of Charles Band’s Empire Pictures. Beginning with his childhood spent on the set of his father’s productions, and ending in the controversial aftermath of his first motion picture company, “Celluloid Wizards in the Video Wasteland” reveals the true origin story of one of the last surviving B-movie producers in Hollywood! 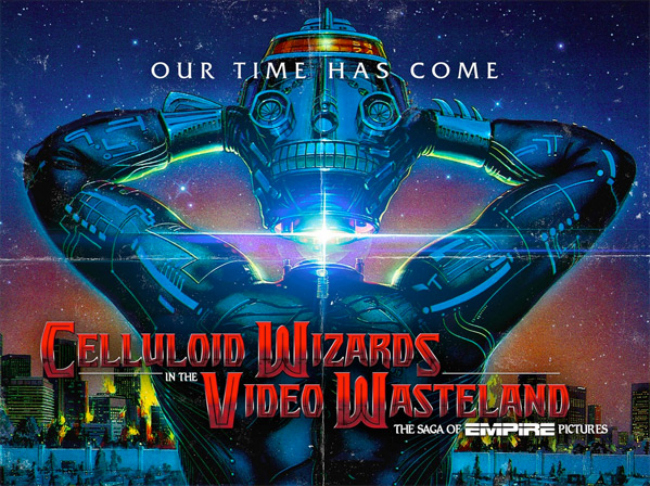