The devoted daughter of a hard-working businessman is proving her loyalty to her father, while also discovering her true love, in the official trailer and poster for the upcoming musical film, ‘Bazodee.’ The romantic drama, which is set to be released in theaters on August 5, was directed by Todd Kessler and written by Claire Ince.

‘Bazodee’ stars Natalie Perera as the daughter, Kabir Bedi as her father, Machel Montano as her love interest, as well as Teneille Newallo, Rahul Nath, Chris Smith, Valmike Rampersad, Staz Nair and Kriss Dosanjh. In anticipation of the romantic musical’s theatrical release, Montano, who’s known as the King of Soca, has also unveiled the music video for his featured single, ‘I Forget.’

The following synopsis for ‘Bazodee’ has been released:

Anita Ponchouri (Natalie Perera), the dutiful Indian daughter of a deep-in-debt businessman (Kabir Bedi) is about to marry a wealthy Londoner (Staz Nair) when a chance encounter with local singer, Lee de Leon (Soca music star Machel Montano in his film debut) sets things askew. In search of a muse, de Leon agrees to perform at the engagement party for both families. Unable to deny their mutual attraction, and with the excitement of Carnival approaching, Anita must now choose between the answer to her family’s financial prayers and the possibility of real love. Set on the vivid, colorful island of Trinidad and pulsing with the sensuous dance rhythms of soca music, BAZODEE is a new style Bollywood musical with a distinctly Caribbean island flavor.

For more information on ‘Bazodee,’ visit the drama’s Facebook, Twitter and Instagram pages. Watch the film’s official trailer and Montano’s music video for ‘I Forget,’ and check out the poster for the musical drama, below. 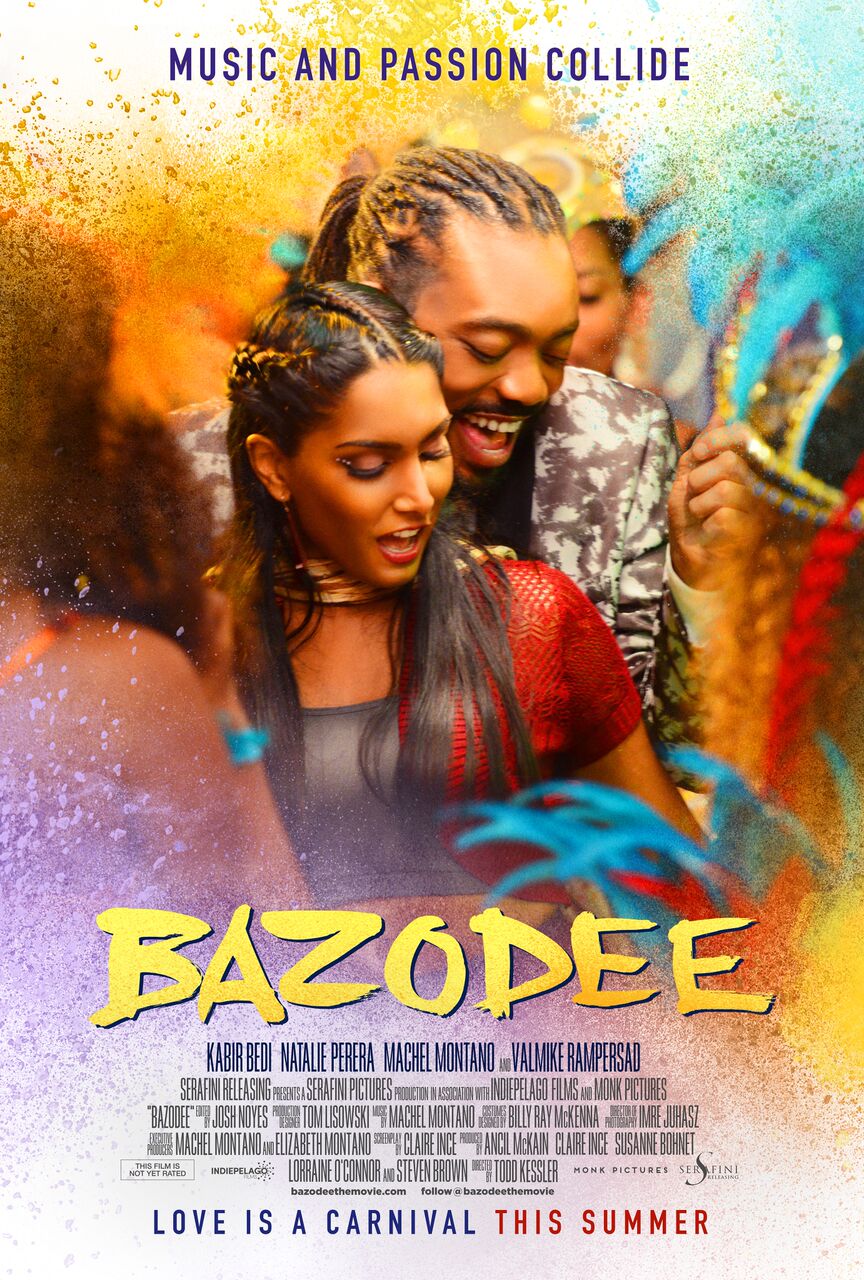