Shocking illegal surveillance activities involving one of the most influential government agencies of one of the world’s leading countries is being exposed in the latest trailer for the upcoming biopic, ‘Snowden.’ The second official trailer for Oscar-winning filmmaker Oliver Stone’s next significant drama debuted yesterday during its Comic-Con panel in San Diego.

‘Snowden’ was directed by Stone, who also co-wrote its script with Kieran Fitzgerald. The thriller stars Joseph Gordon-Levitt in the title role, as well as Shailene Woodley, Melissa Leo, Zachary Quinto, Tom Wilkinson, Rhys Ifans, Nicolas Cage, Scott Eastwood, Joely Richardson, Timothy Olyphant and Ben Schnetzer. The biographical drama, which was produced by Moritz Borman, Eric Kopeloff and Philip Schulz-Deyle, is set to be released in theaters nationwide on September 16.

The following synopsis has been released for ‘Snowden’:

Academy Award-winning director Oliver Stone, who brought ‘Platoon,’ ‘Born on the Fourth of July,’ ‘Wall Street’ and ‘JFK’ to the big screen, tackles the most important and fascinating true story of the 21st century. ‘Snowden,’ the politically-charged, pulse-pounding thriller starring Joseph Gordon-Levitt and Shailene Woodley, reveals the incredible untold personal story of Edward Snowden, the polarizing figure who exposed shocking illegal surveillance activities by the NSA and became one of the most wanted men in the world. He is considered a hero by some, and a traitor by others. No matter which you believe, the epic story of why he did it, who he left behind, and how he pulled it off makes for one of the most compelling films of the year. 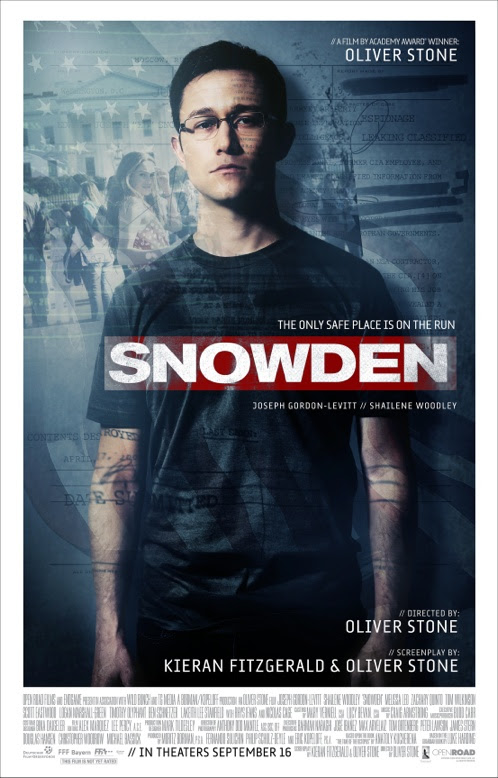