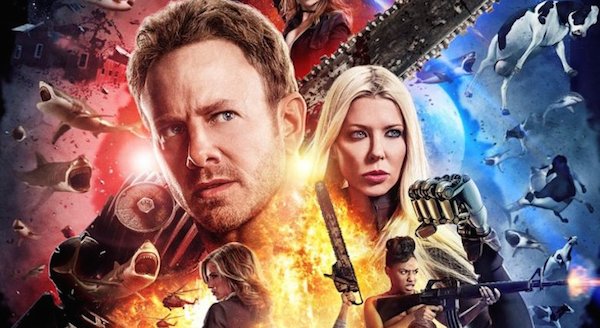 We’re just days away from the release of the latest crazy disaster film ‘Sharknado 4: The 4th Awakens’. Before audiences see the continuing carnage unfold – this time taking place on the shiny Vegas landscape – actress Caroline Williams has been promoting her new film like crazy at this year’s San Diego Comic-Con, hyping people up on the SyFy movie.

Caroline Williams is no stranger to dealing with fictional terrors, having made her mark on the film scene back in the 80s. To this very day she’s still heavily recognized for her role as Vanita aka Stretch in the still beloved ‘The Texas Chainsaw Massacre 2’. She’s appeared in a number of movies and television shows over the years, acting in various genres, but she will always be known as that iconic Final Girl – known as the strong lady who survives the entirety of a horror movie.

While she’s familiar with the goings-on of Comic-Con, this particular experience is worlds different than what she’s dealt with before. “I was here 4 years ago for Hatchet III and we premiered the film here, the parties and so forth – but it was strictly an overnight, so I drove down and I drove back. It was simple. ‘Sharknado 4’ is a monster both literally and figuratively, and I’m definitely finding that out, but it’s a pleasure of being included in all the festivities and all of the promotional stuff. I’ve been having a blast.”

“The signing experience I already know from convention life is very intense, cause you’re meeting so many people, and you’re having a lot of conversations about a lot of things, so I was kind of prepared for that, but exponetially it’s bigger in this kind of environment.”

The marketing team behind SyFy and Asylum knows how to go all-out at Comic-Con, bringing all sorts of crazy promotions in and out of the convention center. One thing’s for sure; they definitely know how to catch everyone’s attention. “They had a big street celebration of ‘Sharknado’. Two giant Elvis’s on stilts with their legs being swallowed by sharks, and the showgirls from Las Vegas wearing their ‘Sharknado’ headdresses, people with chainsaws, crazy hats, all kinds of noise makers playing the ‘Sharknado’ song written by Anthony C. Ferrante. We walked out of Hard Rock from doing some press and walked right out into the middle of our movie, and it was really gratifying because it’s got legs! Well, fins but you know.”

The person behind all of the ‘Sharknado’ films has been Anthony C. Ferrante, the director of the surprise hit franchise. He’s been successfully steering the over-the-top series with glee and bringing a few big names into the madness, including Williams which Ferrante adored for her previous work.

“Anthony is a horror fan and has done horror films in the past. And he’s always been a fan of The Texas Chainsaw Massacre 2, which I’m the star of, and it’s the 30th anniversary. And I think he thought to himself how can we mash that into ‘Sharknado 4’? How do you fight Sharknado? You fight Sharknado with chainsaws. Who best to take on Sharknado with a chainsaw? The girl who does that best.” 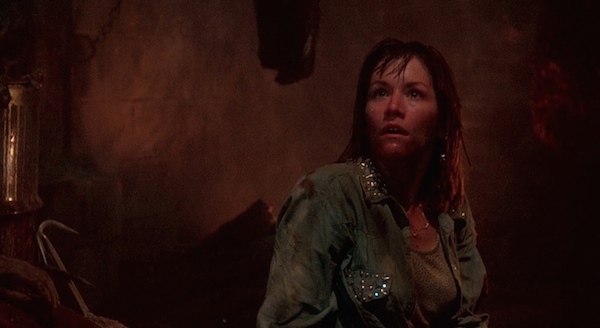 Although ‘Sharknado 4′ is Williams’ latest movie, the talented actress couldn’t help but feel nostalgic about ‘The Texas Chainsaw Massacre 2’. “The film, because it’s never been remade, it’s never been replicated, it’s still very alive for the fans. Each new generation, I can’t tell you how many people come to my table and say yeah, I just showed it to my 9 year old daughter. She’s a Final Girl and there’s their 9 year old daughter wearing my costume and saying my lines. It’s a popular costume choice.”

“The original Final Girl was obviously Marylin Burns and I stand on her shoulders. She was my dear, dear friend and she’s missed very much. But she was the first Final Girl for real. She managed to twist the tale around on Leatherface and the crazy family and escaped in the back of that truck, and she got away. So when it came time for the second one, Toby definitely wanted to have another Final Girl theme, cause Lori Strode broke that year. Ripley in ‘Aliens’ broke that year. The Final Girl phenomenon really came full circle in ’86, and you have a lot of Final Girls. It was kind of a cool thing. They aren’t just running around in the forest naked and falling down.”

The praises continued for ‘Sharknado 4’, but most specifically for the male lead Ian Ziering. “Ian Ziering is a superhero. He’s the new Arnold Schwarzenegger, and he takes — he gives a thousand percent. He’s generous, he’s got a great sense of humor and yet he plays it completely straight. And that was one of the biggest joys of being in the show was getting to play opposite Ian and have such a terrific time with him. And through every incarnation of the franchise, he grows in strength and confidence on screen. And his screen presence is really reassuring. No matter what Sharknado throws at him, no matter what ‘Nado takes him on, he’s ready.”

There are quite a few surprises to be seen in ‘Sharknado 4’ that viewers will check out when the movie comes out, but the only hint she could drop about what happens will get horror fans revved up for the film. “Now I don’t know if I get eaten by a shark, it could happen, but the chainsaw dance makes a reappearance.”

Before the interview concluded, Caroline Williams gave a shout out to the horror community and how they’ve embraced her throughout all these years. “Let me sum up by saying that the thing about the horror genre, they’re the most devoted and faithful and enthusiastic fans that you’ll find in film. To have that love and devotion and that following all these years has been an extraordinary gift. The beauty is is that they fold over into the ‘Sharknado’ and SyFy fanbase, so it was sort of a natural that I would show up in the film. And for Anthony to celebrate the 30th anniversary, it’s a real shoutout to the fans. So it’s a wonderful opportunity and I had a terrific, terrific time.”

‘Sharknado 4: The 4th Awakens’ airs on SyFy on July 31st. Be sure to follow the cast and crew as they live tweet from the red carpet of the ‘Sharknado 4’ world premiere at the Stratosphere hotel that Sunday! 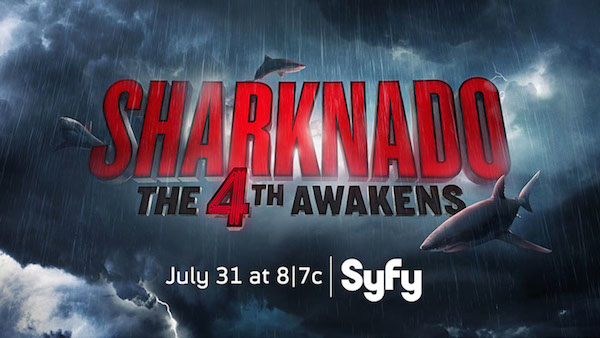