A struggling family that’s determined to make a better life for themselves in one of America’s most idyllic cities is learning the hard way that the affluent community isn’t as glamorous as they initially believed. Carl Black is determined to offer his wife and their children a fresh start in the seemingly luxurious Beverly Hills. But they ultimately discover that the California city is more deadly than they anticipated, in the horror comedy, ‘Meet the Blacks.’ Audiences can repeatedly relive the protagonists’ misfortune when the film is released on Blu-ray, DVD, Digital HD and On Demand this Tuesday, August 2 from Lionsgate Home Entertainment and Codeblack Films.

In celebration of ‘Meet the Blacks’ home release, Shockya is offering three lucky winners a Blu-ray and Digital HD copy of the horror comedy. To enter, email us at ShockyaGiveaway@aol.com. Let us know that you’re entering to win the ‘Meet the Blacks’ Blu-ray and Digital HD contest in the email’s subject line and message. You have until Friday, August 5 to enter, and you can enter the contest once daily. After August 5, we’ll pick the three winners at random and notify them through email. Good luck!

In ‘Meet the Blacks,’ which serves as a spoof of the hit horror franchise, ‘The Purge,’ when Carl Black comes into some unexpected money, he decides to give up his hustling lifestyle. He leaves Chicago behind as he moves his family to Beverly Hills in hope of a better life. But their arrival coincides with the city’s annual purge, where all crime is legal for 12 hours.

The home entertainment release of ‘Meet the Blacks’ includes two behind-the-scenes featurettes, the ‘Hit the Gas’ music video, the ‘Don’t Hate Wiring’ parody commercial and outtakes. The horror comedy will be available on Blu-ray and DVD for the suggested retail price of $24.99 and $19.98, respectively. 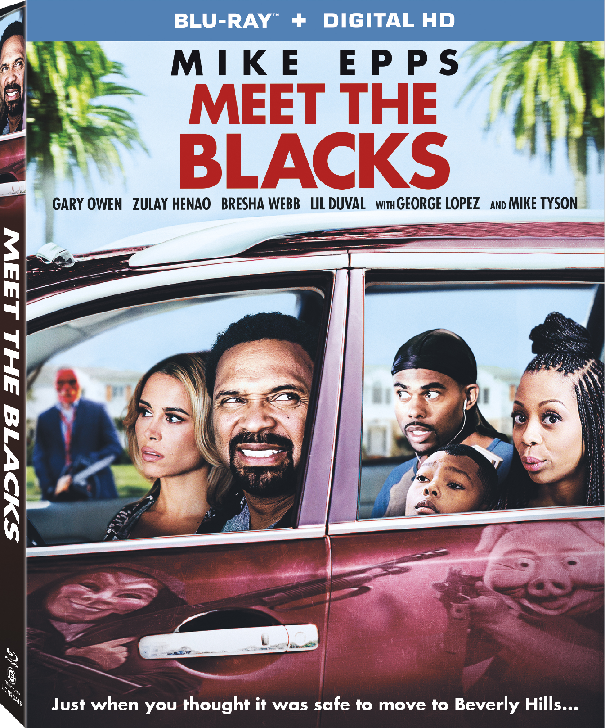