Henry (Chad Michael Murray, Agent Carter), Charles (Nathan Russell, Henry John and the Little Bug) and Little Joe (Keith Loneker, Leatherheads) are a trio of bank robbers whom have just terrorized a small town. They lose their horses on their way down to Mexico, when they happen upon a small farm in the middle of nowhere. Inside the house holds the pious Tildon family, with patriarch George (Ben Browder, Farscape), his wife Ada (Teri Polo, Meet the Parents) and their daughters Charlotte (Madisen Beaty, The Fosters) and Florence (Francesca Eastwood, Heroes Reborn) having their supper.  The trio busts in on the family and threaten their lives if they don’t get food, baths and maybe some company. Henry immediately takes a liking to Florence, whom he nicknames Little Bug.  As the night drags on, they all learn a little bit more about each other than they expected. The God-fearing Tildon’s have a few skeletons in their closet that bust out once Florence and Henry get acquainted.

THE GOOD: The violence will keep you interested. Some of the practical effects are decent. The make up effects were top notch, and I loved that Luke Wilson has some gnarly tobacco stained teeth. Every time he showed them I had to smile at how grotesque they looked.

THE BAD: Francesca Eastwood’s eyebrows. This is supposed to be the old west, and here we have a girl with brows on fleek. The sound quality was not great. I would like to be able to hear the listless dialogue within the same range as the gunshots. The dramatic zooms were cheesy as opposed to the intended retro. The blatant Tarantino rip-off buckets o-blood when someone gets shot or brutalized. There were scenes that went on way too long, like when the trio marched the family out to the pond so they could bathe; the scene took a good three straight minutes or so. There’s a scene where a character gets threatened with some butt-sex, and it drags insanely long. Yes, I know you’re trying to get the audience uncomfortable with the anticipation, but it was just downright annoying. Go take a bathroom break and come back, you won’t miss a thing. The acting by a good majority of the cast is borderline over the top. I get that a few of them are supposed to be insane zealots, but even the WBC would tell these characters to chill.

I struggled to find an actual interesting plot in this film, though I was still entertained by the violence; redundant as it was. I grew up watching spaghetti westerns, and Outlaws and Angels was more of a comical homage if anything. Stay tuned after the credits to see a cast member singing an old west ditty. It’s magical. 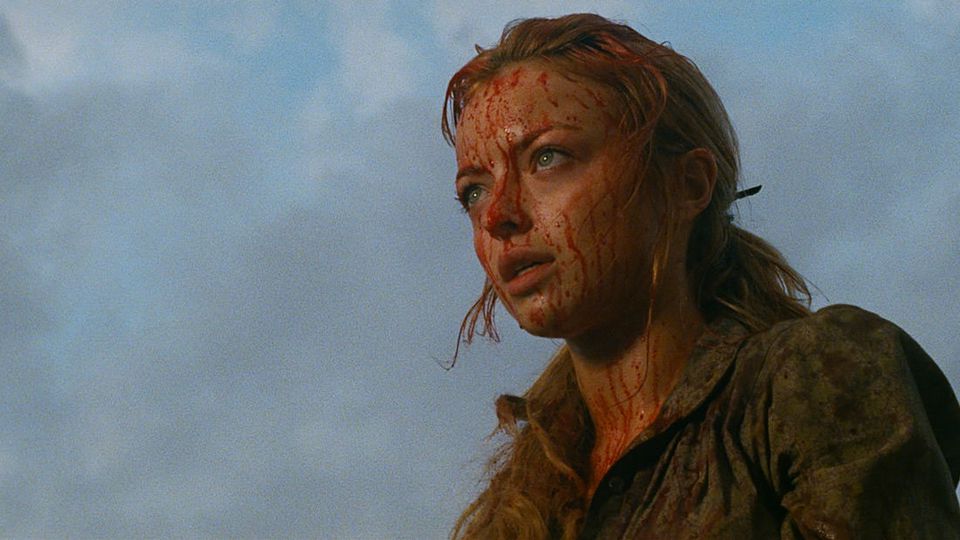