Hopper Gibson (Johnny Simmons, Scott Pilgrim vs. the World) is a young major-league rookie pitcher with issues with his past that are affecting his performance. His manager sets him up with sports psychologist Dr. Mobley (Paul Giamatti, Straight Outta Compton) whom manages to bring Hopper’s issues to light. Hopper talks about his high school valedictorian girlfriend Dorothy (Sophie Kennedy Clark, Nymphomaniac parts I & II) whom loves him and treats him like an intellectual equal, while making it clear that she’s not putting her life on hold to be his cheerleader. His overworked, doting single mother (Alison Elliott, The Wings of the Dove). The subject he dreads to talk about is his abusive, alcoholic, drug dealing father Hopper Sr. (Ethan Hawke, Boyhood) whom only comes to town once a year, acting like he made his son the baseball demi-god that he became.  As Hopper works his way back up through the minor leagues, he must overcome the anxiety that haunts him in order to make himself great again.

The Good:  Ethan Hawke knows how to portray an asshole father. He’s either met a few, is one, or has one great imagination. Once he’s on screen you have no doubt why young Hopper dreads his father’s annual visits. Some of the dialogue seemed improvisational, which gave many scenes realism. There’s a scene with Hopper having dinner with his girlfriend and her parents that was just adorable. Johnny Simmons portrays Hopper as a genuinely nice kid with a seemingly realistic view of the world. He knows he’s good, but he’s got his ego in check.  After his scenes with Ethan Hawke, you just want to give the poor kid a hug.

The Bad: The pacing tends to get slow. The dialogue is fairly monotone which made it difficult to stay awake in some scenes that just dragged.  Paul Giamatti is underused. I’m a fan and I hate to see that.

The Phenom is not a sports flick, but a relatable character study.  I enjoyed it mostly because the characters were likeable (and hateable) and the tone was very genuine.  I liked that the ending leaves you with questions, but also ties it up completely. Such as life.

Acting: B
Story: B
Total Rating: B
Reviewed by: JM Willis 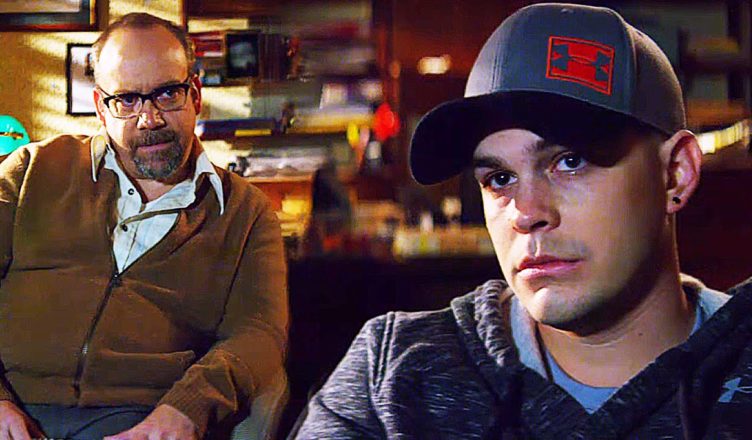