If you have mature, adult taste in movies you may find yourself most entertained not by people with almost superhuman powers (think Ethan Hunt in “Mission Impossible,” not by psychos and ax murderers (think Freddy Krueger in “Nightmare on Elm Street”) but with neurotic people who by their awkwardness and indecision make for a kind of suspense that’s different from that of a blockbuster or spy story.  And who is better acquainted with neurosis than the writer-director who has made a brilliant career out of his own meshugas than Woody Allen?  Here’s a man who has not become bland and adjusted despite decades of psychoanalysis but one who is able to turn out a film every year, some great, others good, and a few clunkers such as when he departed from his comfort zone with the likes of “The Curse of the Jade Scorpion.”

With “Café Society” Mr. Allen pays homage to the glorious days of 1930’s Hollywood when there were no TV’s and everyone went to the cinema weekly to see Barbara Stanwyck, Fred Astaire, Ginger Rogers, Greta Garbo and a host of glamorous people playing lives to which the typical middle-class American could not even bother aspiring.  In this romantic-comedy, in which even gangland murders are treated with chuckles, two young people start off with low aspirations, later rising in the world thanks to their connections. They are boy- and girl-next-door types, one from New York (Bobby Dorfman played by Jesse Eisenberg) and one in Beverly Hills (Vonnie played by Kristen Stewart).  A few years go by and they turn out sophisticated as folks can be.

Their story, as filmed in Beverly Hills and Pasadena, California, and Brooklyn, Central Park and Morningside Drive in New York, is a delight to the eye and ear, filled with the sights, sounds and colors of the thirties.  The production design, which includes a lavish nightclub (wherein we get the title of the film), the cars from the period, the double-breasted suits, all highlight the zeitgeist of this time in America.  If you believe what you see, and you will, you will see America as a land defined by the East and West Coast with gangsters, hotshot Hollywood agents, lawyers, stockbrokers and con artists as well as secretaries and even one “working girl.”

“Café Society” is thoroughly absorbing but a picture that could find some journalists complaining that it’s too fizzy and insubstantial.  Fizzy it is, which is part of its charm, but especially rich are the characterizations by Steve Carell as Uncle Phil, a successful entertainment agent who has moved from New York to Hollywood; Kristen Stewart as Vonnie, who serves as Phil’s secretary with benefits; Jesse Eisenberg as Bobby Dorfman as the awkward fellow who transplants himself from New York to L.A. and shows us how to succeed in business without really trying.

This time Woody Allen has no problem identifying his principal characters as Jewish, including one Member of the Tribe who is an outright gangster (Corey Stoll as Ben Dorfman), and two folks who are lower-middle-class products of 1930’s Jews living in a humble Brooklyn residence (Jeannie Berlin as Rose and Ken Stott as Marty).

The romantic tone arises originally from a triangle as both Phil and Bobby are in love with Phil’s secretary, Vonnie, but will emerge as an improbable rectangle when marital situations change after a wrenching period of indecision.  Vonnie assures the passionate Bobby that she has a boyfriend, one that will be surprising to Bobby when his identity if revealed, but it’s clear that Vonnie has eyes for Bobby as well, especially considering that the two are about the same age.

When Bobby, love unrequited, returns humbly to New York, though, he is set up in business by his gangster brother running a posh nightclub, while Bobby, who has not forgotten Vonnie for a moment, links up with the sophisticated Veronica (Blake Lively).

Young people seeing the film will learn something about the high times of the thirties which, as stated before comes across as authentic thanks to Santo Loquasto’s production design, the classy men costumed by Suzy Benzinger with bespoke suits.  The witty dialogue (what else did you expect from a Woody Allen enterprise?) ranges from hard-core gangster to innocent romance to high-end conversation involving hot stock tips and Hollywood gossip.

This is a joyful movie, one nicely rated PG-13 to bring in the younger folks. 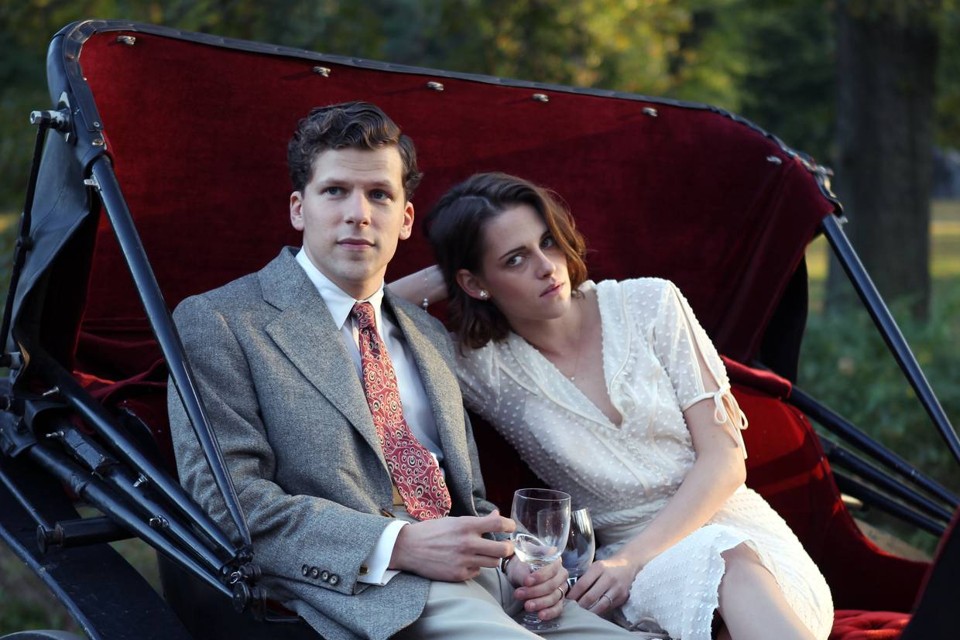