The Childhood of a Leader Movie Review

The film, which is a dramatic and sometimes cinematically stunning freshman contribution to studies of the origins of fascism, is loosely adapted from an uncredited 1939 story by Jean-Paul Sartre.  The story, only a few pages long from a book called “The Wall” and difficult enough to appropriate to the cinema, is the tale of the mental progress of a boy named Lucien Fleurier.  The existential tale follows the four-year-old boy from age four to early adulthood.  Though quite young, he searches for identity and wonders what’s wrong with him.  Entering into Freudian psychoanalysis, he ultimately becomes part of a Fascist youth organization and kills a Jewish man who is reading “l’Humanité.”

Brady Corbet’s film version, written by Mona Fastvold and the director, extends the parable into a film of almost two hours while at the same time focusing on  Lucian—here called Prescott, but only late in the story—only while he is seven years old and the product of authoritarian parents. His father (Liam Cunningham) is an American diplomat on the staff of President’s Wilson’s Secretary of State Lansing temporarily residing in a French Chateau close to Versailles with his German-born wife (Bérénice Bejo).  He and just about all the diplomats in the extended cast are dressed to the nines in cutaway suits, which hopefully is no longer the strict fashion taken on by current diplomats like Secretary John Kerry.

The atmosphere surrounding the boy, his mother and his father, comes across through stiff conversations with a political advisor Charles Marker (Robert Pattinson), the well-dressed, nattily bearded man talking through the kind of cigar smoke that used to accompany three-drink martinis with dinner.  Because Prescott is the only principal character who is still a child and despite having performed in a Christmas pageant with his peers, he is a lonely boy without real friends except for the maids and especially one servant played by Yolande Moreau, who treats him with compassion.  In one scene he throws rocks at the folks leaving the church without a clue to why he is doing this. Though the director and co-writer mean to link Prescott’s early years with a future as an authoritarian leader (think Mussolini), Prescott is a solid character on his own and is quite well played in his debut by Tom Sweet—who will shortly appear in a much briefer role in the historical-political “Ashes in the Snow.”

Were “Childhood” not meant as a fable, partly a criticism of the harsh treatment Germany received from the Treaty of Versailles which might have been the principal cause of Hitler’s aggression, it would be a mediocre tract about a rebellious kid with long hair who occasionally dresses girl’s clothing and sometimes appears half-naked and wandering into diplomatic functions.  Much of the film is stilted—the exceptions being the affection given to the boy by his French tutor played by Stacy Martin and a servant (Yolande Moreau).

The film suffers from being dimly lit as well.  In fact the first half hour or so is so dark—indoor scenes with limited lighting unable to reflect well against the men’s black suits—that audience members might take this as a cue to exit.  Dialogue is often faint, which could make audiences breathe sighs of release when the characters speak French and we are provided with English subtitles.

But its most appealing feature is Scott Walker’s score, reminiscent of a high-class horror film, screeching with dissonance at key points.  Archival footage from 1918 and one brief set at the conclusion that could reflect the year 1940, is provided and most welcome, as a large crowd restrained by armed forces awaits the presence of Prescott, its forceful leader.  These compensating factors should prepare us for better movies to come from this director. 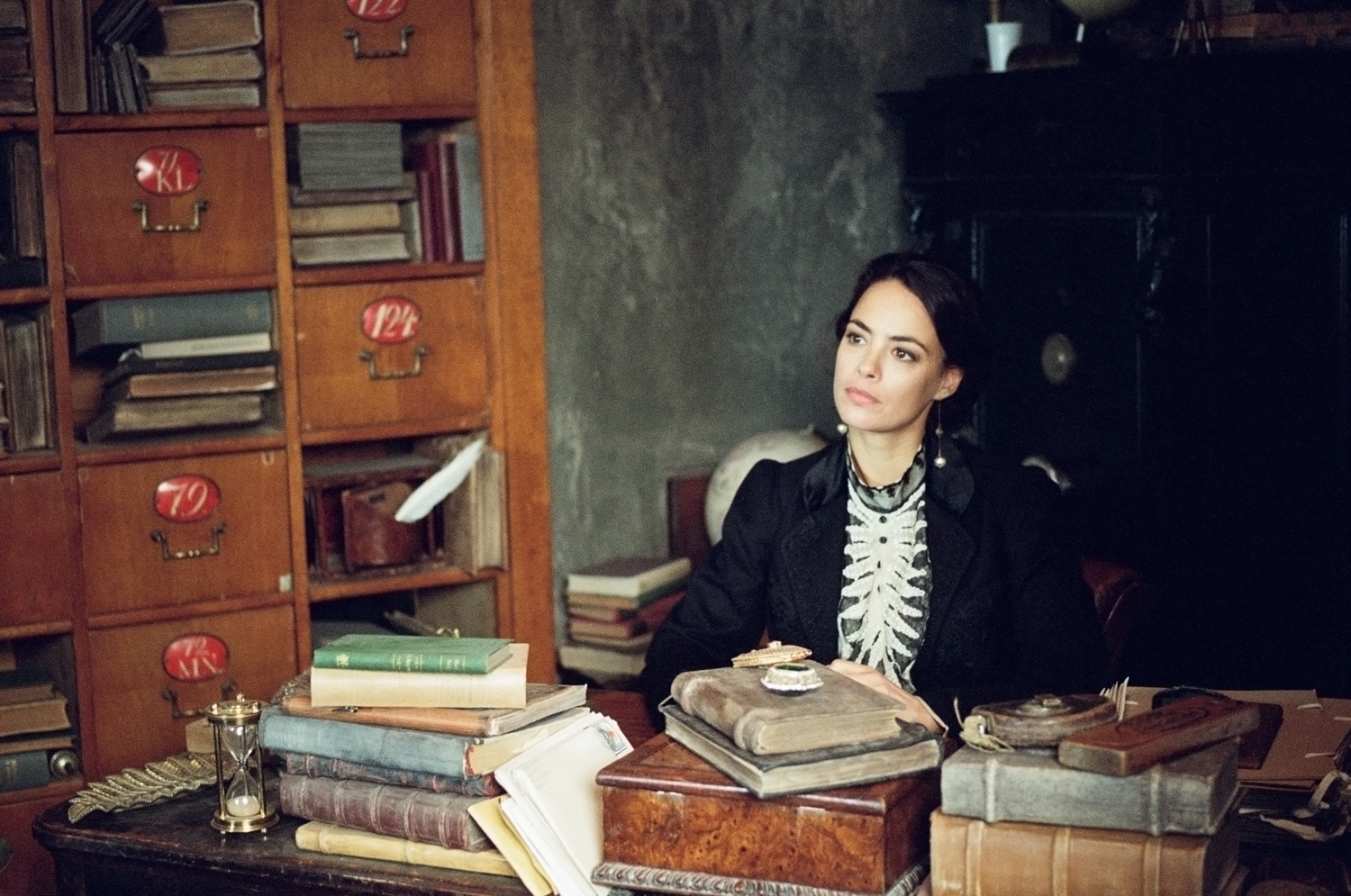