The unlimited power of a young boy’s determination to fight for his destiny is an impressive characteristic he holds as he shapes his future. In Laika Entertainment’s upcoming animated adventure film, ‘Kubo and the Two Strings,’ the title character’s quest to achieve his goals stretches far and wide through the mystical realm of the Vastlands. Audiences can embark with Kubo on his expedition with the movie’s new interactive map.

Focus Features, which will distribute ‘Kubo and the Two Strings’ in theaters on August 19, has created the map with the Portland, Oregon-based agency, North. Kubo, who embarks on his adventure with his protectors, Monkey and Beetlem by his side, unlocks more of his powers at every challenge, as he races toward an epic clash with the dark side of his magical family.

From their desktop, audiences can visit the newly launched kubomap.com to explore Kubo’s realm and dive into each location of his epic quest through an interactive map experience. The map uses Youtube’s annotation tool to enable viewers to engage with Kubo on his quest.

‘Kubo and the Two Strings’ is LAIKA’s most ambitious film to date, as it features stop motion samurai action with an unprecedented scope. The movie’s social campaign engages users by showcasing its epic scale, while stirring fervor on even the smallest of screens. An innovative mix of Instagram grids, story-based video loops and an annotated and interactive map of Kubo’s journey helped to amplify the movie’s larger-than-life themes of magic, mythology and heroism. The map also gives social users an emotional investment into Kubo’s quest before walking into the theater.

Focus Features has released the following synopsis for ‘Kubo and the Two Strings’:

‘Kubo and the Two Strings’ is an epic action-adventure set in a fantastical Japan from acclaimed animation studio LAIKA. Clever, kindhearted Kubo (voiced by Art Parkinson of ‘Game of Thrones’) ekes out a humble living, telling stories to the people of his seaside town including Hosato (George Takei), Akihiro (Cary-Hiroyuki Tagawa), and Kameyo (Academy Award nominee Brenda Vaccaro). But his relatively quiet existence is shattered when he accidentally summons a spirit from his past which storms down from the heavens to enforce an age-old vendetta. Now on the run, Kubo joins forces with Monkey (Academy Award winner Charlize Theron) and Beetle (Academy Award winner Matthew McConaughey), and sets out on a thrilling quest to save his family and solve the mystery of his fallen father, the greatest samurai warrior the world has ever known. With the help of his shamisen – a magical musical instrument – Kubo must battle gods and monsters, including the vengeful Moon King (Academy Award nominee Ralph Fiennes) and the evil twin Sisters (Academy Award nominee Rooney Mara), to unlock the secret of his legacy, reunite his family, and fulfill his heroic destiny.

The action adventure family film was helmed by first-time feature film director, Travis Knight, and written by Marc Haimes and Chris Butler. For more information on ‘Kubo and the Two Strings,’ visit the movie’s Facebook, Twitter and Instagram pages. Watch the video that accompanies Kubo’s interactive map below. 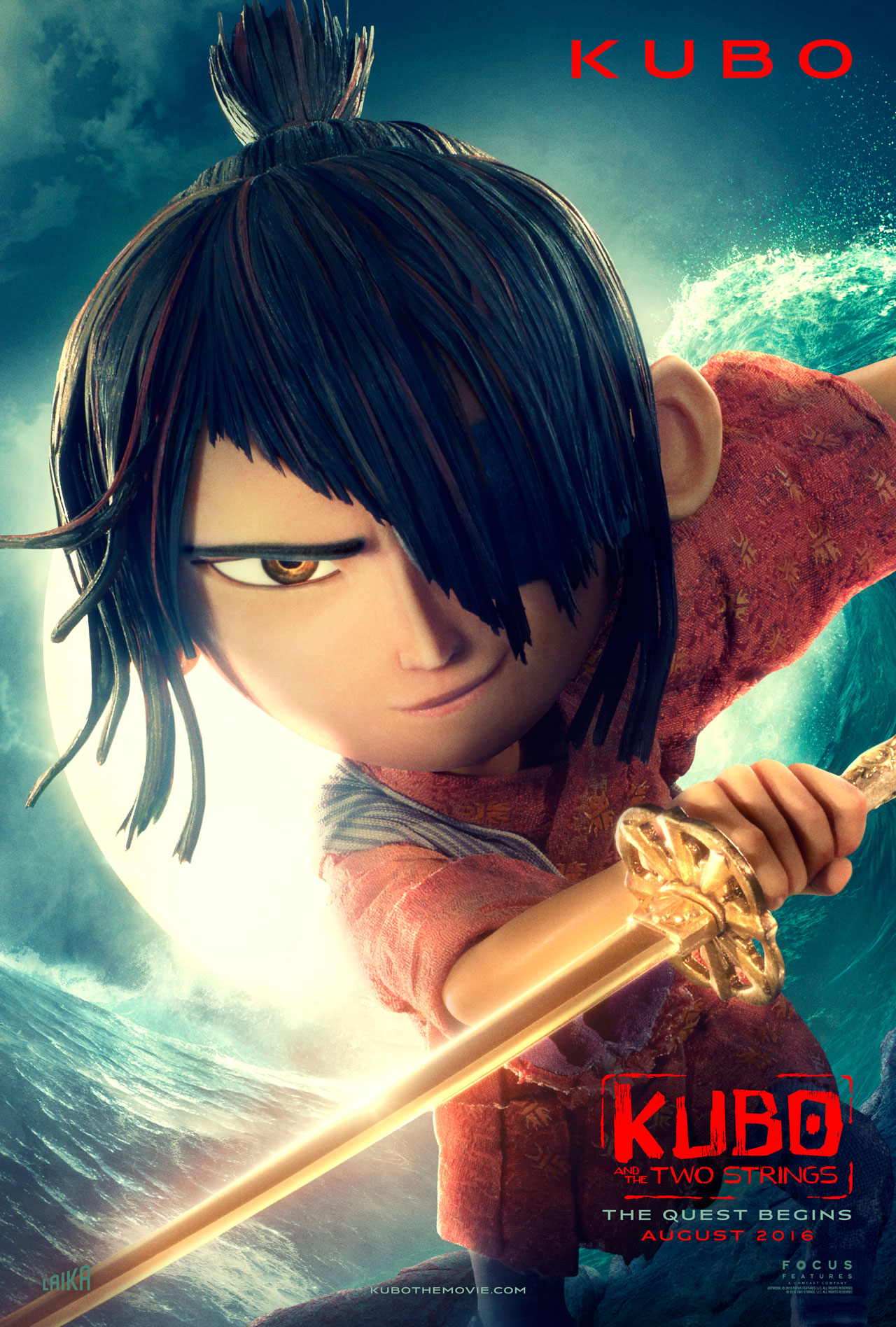