Imagine you’re an American in Paris (no, not that one).  Would people look at you in strange ways?  Hardly, because France is the most touristed country in Europe.  But what if you were a student, someone living there for a year?  Again, you would be recognized as a student and treated with the usual Gallic disdain.  But what if you were a 13-year-old, not a tourist but someone living there the year ‘round?  Still no problem.  How about if you were an African-American just entering your teenage years, you are in Heidelberg, Germany with your single dad, and you were encouraged to make friends with people about your age, all of whom are white?  That could be a problem unless you were particularly extroverted and sophisticated or maybe a celebrity.  The difficulties faced by an ordinary African-American, a pudgy one at that, who is told, nay commanded by a tutor to make friends with the local young Germans are the subject of “Morris from America,” one helluva funny movie, or a dramedy if you prefer to give it some gravitas.

This exquisitely acted yet seemingly authentic story comes from the script and direction of Chad Hartigan, whose “This is Martin Bonner” traces a man’s move to Nevada leaving two adult chidren behind, and “Luke and Brie are On a First Date,” which looks into misunderstandings between the two title figures.  “Morris from America” is arguably Hartigan’s most accomplished work, not only from the clever script but for his direction of two terrific actors.  One performer is Markees Christmas in a breakout role as Morris Gentry, the other, Craig Robinson (Curtis Gentry) as the 13-year-old’s dad whose wife had died a few years before and who is working as a soccer coach in Heidelberg. (How he got that job when soccer is not a principal American sport and many Germans are at least as qualified is not answered.)

At times, Morris is out in the youthful society trying to make friends but who is not that eager to do so because of his pre-adolescent awkwardness.  At other times he is relating to his dad, who in a winning monologue toward the conclusion of the story confesses to the boy how difficult it is for him as a fish out of water and how hard it must be for the boy as well.

This is the kind of dad we wish we all had.  He’s a pal who can rap, and who does so to the bemusement of his son, and he talks to Morris with all the expletives—though in a friendly way—that can make rapport between father and son so easy.  Morris is lucky as well to have a fun relationship with his tutor, learning the German language (but only ein bischen) from Inka (Carla Juri), a twenty-something student who appears to work at this as part of the requirements of her future career.  If I had a tutor like her, I might have passed calculus.

The inevitable racism appears, however benevolent, as when some of the teens assume he’d be great at basketball and want him on their team.  The 15-year-old girl, Katrin (Lina Keller) who is Morris’s first love, but one who has a boyfriend who is a university student, takes a special interest in Morris, “adopts” him, invites him to parties.  The parties are shown in psychedelic detail.  Morris takes his first steps as a dancer and winds up as a decent enough hoofer.  One might have hoped that a flirtatious Katrin would enjoy a happy home life but she is wholly out of touch with her demanding mother Eva Löbau, who is shocked to see her daughter in her room with Morris.

“Morris from America” is a road-and-buddy movie, a fish-out-of-water comedy, a clash-of-cultures exploration, yet despite the ease with which such a movie could become tired, it remains fresh, funny, quirky, giving the picture the kind of heft that allowed it to win the Sundance 2016 Waldo Salt Screenwriting award and, for Craig Robinson, the Sundance 2016 Special Jury Award for Acting.  The movie was filmed in Berlin, Brandenburg, Frankfurt, Heidelberg and Baden Wurttember. 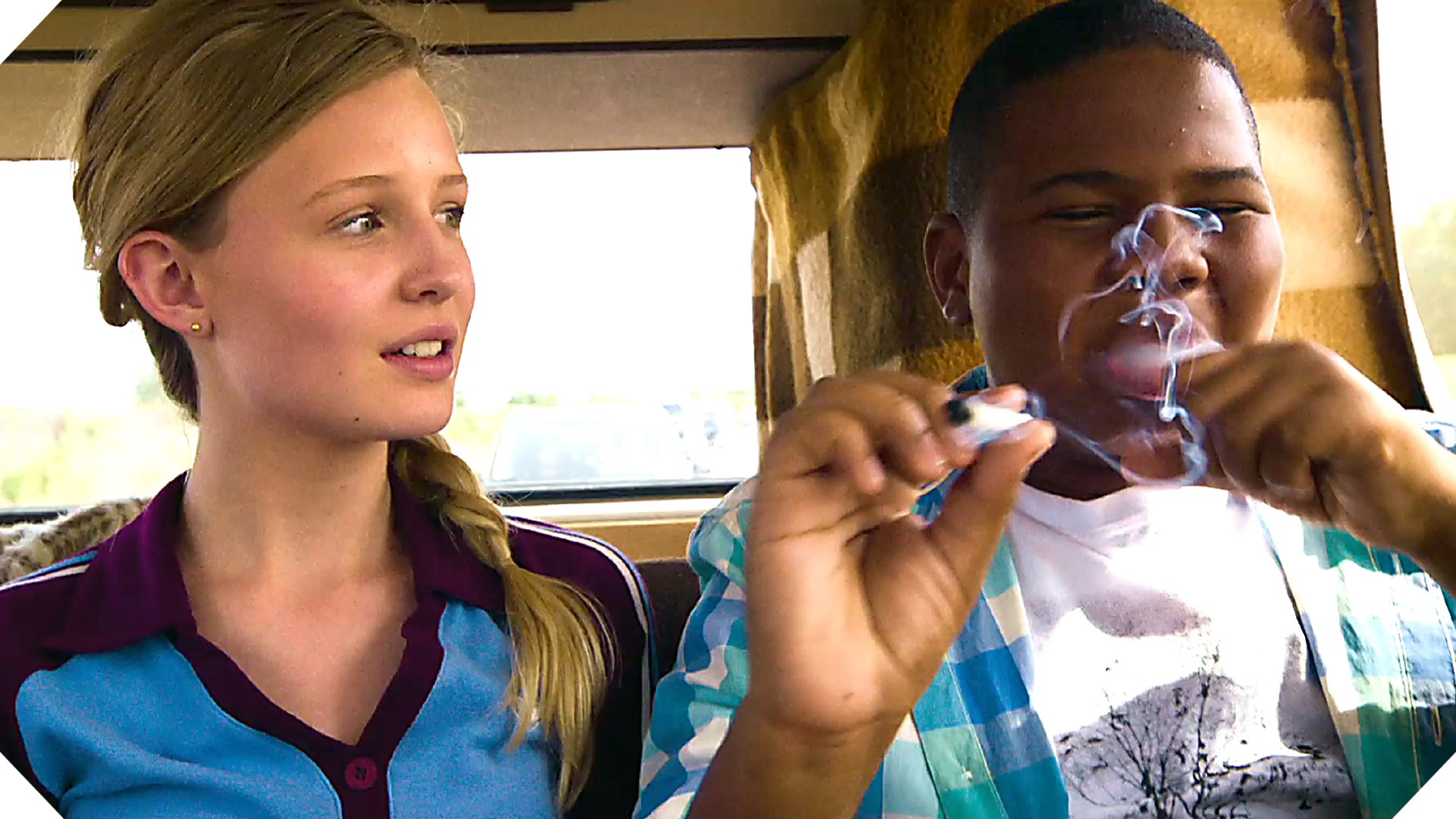