You might think that a documentary about the Internet would deal with subjects such as the lengths that young people, especially, are dependent on their iPhones, texting their hundreds of “friends” even while walking or sharing a restaurant meal with live others.  And Werner Herzog, veteran of movies like “Cave of Forgotten Dreams,” a look at pictorial creations of cave men and women in France which could be a foreshadowing of the Internet to come, extends his curiosity to the Net.  Herzog had stated in an interview that he is a beginner in this realm, familiar with email and some Web sites, but that’s about it.  He displays the kind of intellectual curiosity we wish other people had in a country like the U.S. which has a tradition of anti-intellectualism.  Herzog’s justified fame comes from his broad reaches into subjects well beyond his upbringing in Munich, as for example, with docs like “Grizzly Man,” about a pair of activists killed in Alaska while living among the bears.  Just look at what he does now with a film that could be particularly popular with a young audience, people on the cusp of technological breakthroughs, who will attend “Lo and Behold” to catch not only the history of the Internet but the ways that the Net allows us to extend our knowledge and production in diverse situations.

Every school child used to know that the first words uttered by Samuel F.B. Morse in 1844 on his new invention were “What hath God wrought.”  But few people may know that the first message sent via the huge, clunky computers in 1969 was one word: “Lo.”  Turns out that the sender was about to type “LogIn,” but the system broke down after the first two letters: hence the title of this documentary “Lo and Behold.”

Herzog, remaining off screen the entire time, interviews quite a number of people largely from Stanford University and Carnegie Mellon, some adept at wit and humor, others simply bringing up facts within their expertise.  The film is divided into ten chapters, which, put together, invoke both the awe and the sorrows of one of the greatest inventions of all time.
As sorrows go, we witness the occasional suicides of high-school students who, having been shamed by trolls sending hostile emails knowing that these senders are anonymous, bully the people by calling them names and then some. Surely one of the worst of these trolls used the internet to invade the home of the Catsouras family.  Nikki Catsouras was killed in a car accident resulting in her beheading while dashing away from her family in a Porsche.  The photo of the poor girl, or what was left of her, was sent to her family, who, in an odd episode gather around a table, some posing almost in tableau, while Nikki’s mother and father say that they will never forget the action of “the anti-Christ.”  They were all devastated.

In another situation evoking the sorrows of the Internet, we are warned of our dependence on the World Wide Web. We are subject to hacking, to viruses, even to cyberwar, as our enemies may be intent on destroying the connections in the U.S. and bringing our civilization to its knees.  During the picture’s most humorous moments, hacker Kevin Mitnick describes to Herzog how he was arrested and imprisoned, suspecting in advance that the authorities will knock on his door: he left doughnuts for them.

In still another situation that seems far removed from emails and Web browsing, residents in a rural Appalachian community are surviving in a cellular-free zone.  Yes, there is such as place.  They feel pain just about everywhere brought on by the radiation of our communication devices, an electromagnetic sensitivity. Cinema buffs will recall the movie “Safe,” in which Julianne Moore’s character, Carol White, develops a chemical sensitivity that forces her to life in a virtual box, a bubble that will allow her live a restricted life.  (I had wondered whether Todd Haynes, who made the movie in 1995, was spoofing Carol White as a hypochondriac of sympathizing with her.  I’m still not sure.)

Of course there’s the awesome beauty of the Net, which besides offering email to us ordinary peons is responsible for the production of robots, of artificial intelligence, even plotting a possible pathway to Mars that will allow us travel there should something bad happen on earth.

I found it unfortunate that nobody cited CompuServe Information Service (CIS in 1975) as the first commercial online company, dominating the field well before such services were no longer absolutely essential, dominating the field during the 1980s until it was sidelined by AOL, which in turn has become a ghost of its former self.

You can’t mistake Werner Herzog’s Munich-derived accent for anyone else’s unless you’ve never before seen one
of his many prize-winning docs.  He leaves us with questions rather than easy answers, and as our teachers have told us, it’s our ability to raise questions which is more important than our knowing some answers.  Of all the problems, though, Herzog—who comes across as an impartial interviewer without views and answers of his own, does agree with one speaker who states that “computers are the worst enemy of critical thinking.”  Do you think that explains the popularity of Mr. Trump? 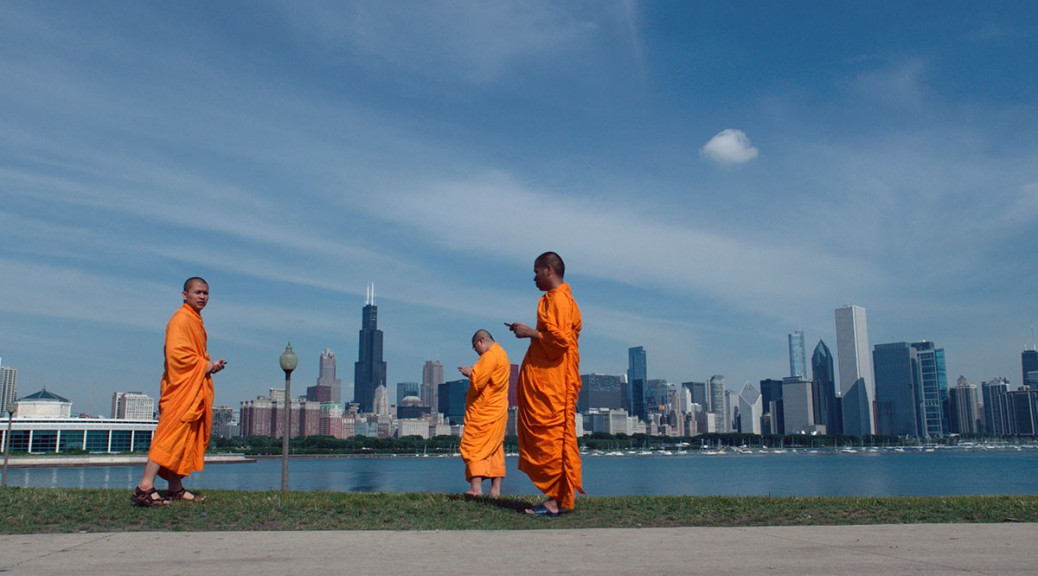