Authentically paying homage to one of society’s most influential public figures, no matter how infamous the leader may be, is a compelling stance many filmmakers take when adapting biographies for the screen. That’s certainly the case with the biographical series, ‘Narcos: Season 1,’ which was released on Blu-ray (plus Digital HD) and DVD (plus Digital) this week by Lionsgate. In honor of the Neflix crime drama’s home release, Shockya has an exclusive clip from the bonus features of the show’s Blu-ray and DVD.

‘Narcos: Season 1,’ which was produced by Gaumont Television, stars Wagner Moura in a Golden Globe Award-nominated performance as the legendary Escobar. The series tells the true-life story of the rise of international cocaine cartels, and the battle waged by law enforcement to stop them. Escobar, the notorious Colombian drug kingpin, attempts to evade the two DEA agents who were sent to stop his operation: Steve Murphy (Boyd Holbrook) and Javier Peña (Pedro Pascal).

The home entertainment release of ‘Narcos: Season 1′ includes three all-new featurettes, including
Establishing the Route,’ ‘The Colombian Connection’ and ‘The Language Barrier,’ as well as audio commentaries on select episodes and deleted scenes. The season will be available on Blu-ray and DVD for the suggested retail price of $29.97 and $29.98, respectively.

Watch ‘Shooting in Columbia,’ Shockya’s exclusive clip from from the bonus features of ‘Narcos: Season 1’s Blu-ray and DVD, below: 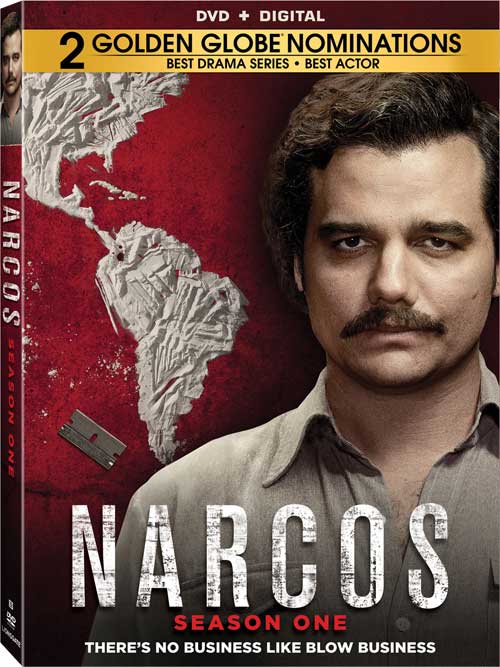