Inspiration and determination can often strike people during their most intense and surprising situations and connections. The strong-willed protagonist in the thriller, ‘Blackway,’ becomes grippingly motivated to protect herself as she had to learn how to rebuild her life following her mother’s death. But her new life plans are jeopardized when she becomes the target of her hometown’s ruthless con man.

The drama, which which was written by Joe Gangemi and Gregory Jacobs, is based on Castle Freeman Jr. 2008 acclaimed novel, ‘Go with Me.’ ‘Blackway’ was directed by Swedish filmmaker, Daniel Alfredson, who was influenced to take the helm by one of the project’s supporting actors, Anthony Hopkins. The suspense thriller, which is the first project to be released by Electric Entertainment under its new domestic distribution division, is now available on VOD.

‘Blackway,’ which is set against the rugged backdrop of a Pacific Northwest logging community, follows a young woman, Lillian (Julia Stiles), who returns to her hometown after the death of her mother. She unwittingly raises the interest and eventual ire of Blackway (Ray Liotta), a former police officer who’s now working as a violent crime lord. Blackway’s stalking and relentless harassment force Lillian to seek help from the faint-hearted local sheriff, Wingate (Dale Wilson), who advises her to leave town.

Undaunted, Lillian then forms an unlikely alliance with a retired logger, Lester (Anthony Hopkins). While still grieving over the loss of his daughter, Lester also carries his own secret vendetta against Blackway. Together with a young, introverted friend, Nate (Alexander Ludwig), the trio set out for justice and revenge against the sociopathic title character. But their journey leads them on a violent, perilous journey that culminates in a face to face showdown with their nemesis.

Alfredson generously took the time to talk about directing ‘Blackway’ during an exclusive phone interview. Among other things, the filmmaker discussed how he became interested in helming the revenge thriller after Hopkins, who he collaborated with on his last directorial effort, sent him the script and mentioned how he wanted to bring Lester to the screen. The director also described how he embraced collaborating with the cast as they filmed in actual locations throughout British Columbia, as the authentic environments helped the actors better understand their characters’ emotions and motivations.

The director began the conversation by discussing what interested him in helming ‘Blackway.’ “The film I directed before this one was ‘Kidnapping Mr. Heineken,’ and it also starred Anthony Hopkins. We got to know each other and learned how to work together well on that project. So we kept on emailing each other,” even after the action crime movie was released early last year.

“After awhile, Anthony told me, ‘I have this script that I’ve been trying to make for some years, but I haven’t succeeded. So would you like to read it?’ So I decided that I would read it,” the filmmaker added. “When I later spoke to Tony, and found out what he really wanted to do with this character, I thought, this could be a film I would want to become involved in.”

Besides Hopkins, ‘Blackway’ features a diverse cast, including Stiles, Liotta, Ludwig and Hal Holbrook. Alfredson then described the casting process for the drama, and noted “It was a very quick start. We went into pre-production in less than six week” after the filmmaker decided to direct the movie. “So we had to start the casting process very quickly.

“I think we were extremely lucky to get the cast we had. Maybe one reason we were able to get these fantastic actors, including Julia Stiles, Alexander Ludwig and Ray Liotta, was that we were so close to the shoot,” the director explained. When the actors received the offer to appear in ‘Blackway,’ “they knew they would be shooting in four or five weeks. We had the greenlight, so they jumped on board the ship,” Alfredson added with a laugh.

Once the actors signed onto the suspense thriller, the filmmaker was able to discuss the characters’ arcs and backstories with the cast before they began filming. Even though the performers were “all over the globe, we spoke over Skype,” he divulged.

“I would say that the hardest connection to make was with Alexander, because he was shooting the television series ‘Vikings’ in Ireland,” Alfredson explained. “But we spoke a lot, and tried to figure out how Nate would appear in the film. The character he played in ‘Blackway’ was a completely different role for him. Nate was left behind when the smarter guys moved to the bigger cities. Nate relies on the old man that Anthony plays.” So the director and actor worked to find Nate’s way of life in his small hometown. “I think Alexander is brilliant and fantastic, and we had such a great time when we shot the film.”

The filmmaker then discussed the experience of shooting ‘Blackway’ on location in the North Okanagan provincial electoral district of the Canadian province of British Columbia. One of the producers on the film, Rick Dugdale, was born in British Columbia. “When he first received the script, he didn’t tell me to start looking for the locations in the area. But when we started looking up north, the locations in the script were suddenly right in front of me,” Alfredson revealed.

“We then shot practically the whole film on location in these small places in British Columbia,” including Enderby, Vernon and West Kelowna. “These towns play themselves in the film. They look the same way in real life as they do on the screen,” the director noted.

Alfredson then admitted that he didn’t know ‘Blackway’ was based on ‘Go with Me’ until after he read the script. But after he officially signed on to helm the drama, “I asked the producers to get a copy of the book, so that I could read it. I can understand why they wanted to make a film that’s based on its story-it’s very cinematic in many ways,” the filmmaker explained.

“We made a few rewrites to the script, and turned to the novel to bring in more scenes to the film,” Alfredson also revealed. “I believe it was a good thing to do that, because it helped us out while we were developing the story. You get more information about the character in the novel than you do in the script,” so the director wanted to add that development to the film.

Alfredson then admitted that in order to maintain his style of being a Swedish filmmaker, “I asked if I could work with a Scandavian cinematographer. So Rasmus Videbæk, who’s Danish,” joined the film as its Director of Photography. “We have the same references, so we worked quickly together. I think our collaboration gave something extra to the film. Our style isn’t what filmmakers usually use here (in North America), as it’s a bit darker.”

The music, as well as the landscape and locations, were also topics that Alfredson and Videbæk spoke a lot about while working on ‘Blackway.’ “There was a certain point of no return when (Lillian, Nate and Lestor) decide to go up to where they believe Blackway may be hiding out. I think that part of the story, when they drive up to his town, is where we started with the music,” the director noted.

Alfredson wanted the film’s viewers to feel as though the characters have reached the point of no return in part through the music. “They’re moving up to this place, and you know they don’t have a choice anymore. I would say the music is very bombastic and strong at that point.”

“I would also say that creating action sequences requires the same amount of work with the actors as when you work with them on their dialogue,” the director admitted as he subsequently began discussing the process of collaborating with the performers on their stunts. The action sequences do “require different parts of their abilities, so we did have a stunt coordinator on the set.”

Alfredson also revealed that “Alexander, for instance, wanted to do practically everything by himself, so he really fought for it. He has a fantastic physicality, which is important when you film these fight scenes.” The filmmaker concluded the conversationg by mentioning that “The overall process wasn’t really a challenge for me; it went extremely well.” 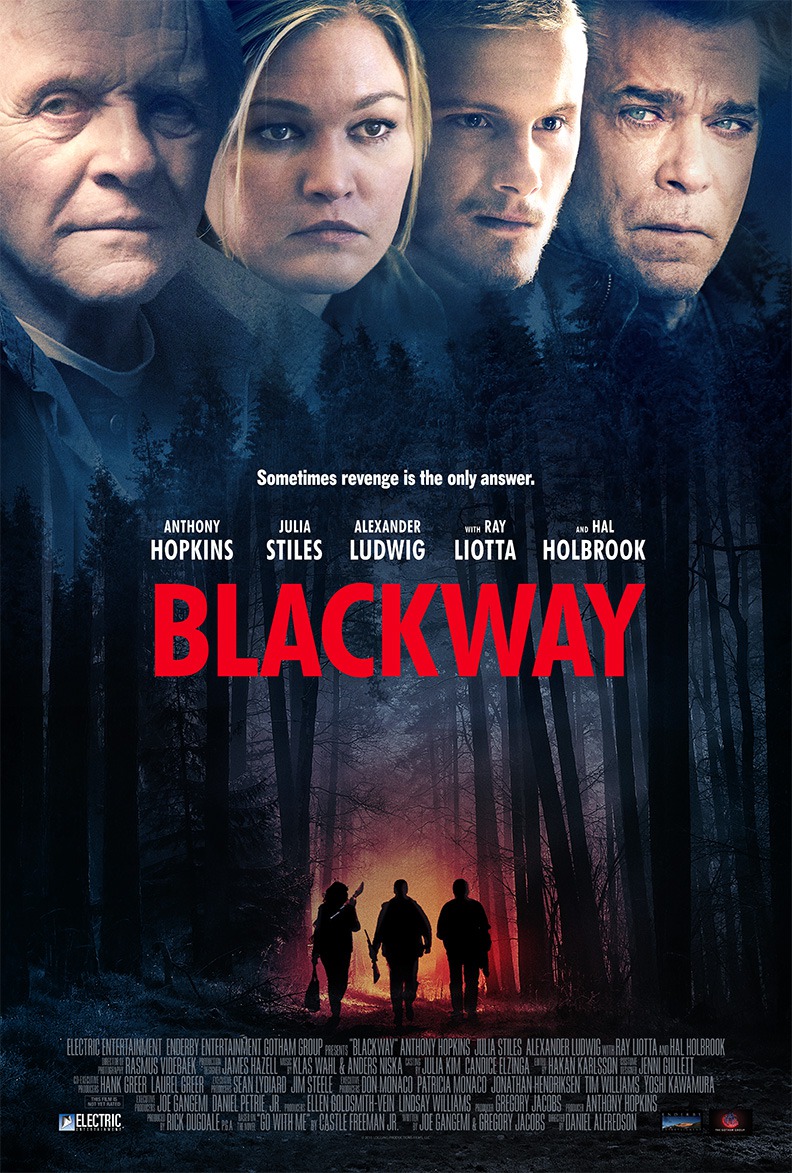