Francesco Carrozzini is an Italian photographer and filmmaker based in New York, son of the legendary Editor-in-Chief of Vogue Italia: Franca Sozzani. He alone could be the one who could bring to the big screen the story of the woman who made history in the world of fashion magazines.

‘Franca Chaos and Creation’ creates an intimate portrait of Sozzani, with the appropriate dose of irony and lightheartedness that comes through the playful parent-child bickering.

In this meticulously delicate storytelling, Carrozzini retraces Franca’s determination, ever since she was a child who decided to go to boarding school, through her adolescent days in London, up to her womanhood as an independent woman who chose to be a single mother and pursue a career without succumbing to market trends.

From the ridiculous to the sublime, Sozzani’s astonishing but often controversial magazine covers have not only broken the rules, but have set the high bar for fashion, art and commerce over the past twenty five years. From the famous “Black Issue” to the “Plastic Surgery Issue,” she remains deeply committed to exploring subject matter off limits, in order to shake up the status quo and occasionally redefine the concept of beauty.

With interviews from Valentino Garavani, Karl Lagerfeld, Bruce Weber, Baz Luhrmann, Courtney Love and many others, Carrozzini gives us a behind the scene glimpse into his mother’s creative process, as well as a peek into her vulnerabilities both past and present. It is her friend and collaborator, photographer Peter Lindbergh, who compares their working method to the picture ‘Chaos and Creation,’ where Salvador Dalì is staring at a rhino. “She is an angel and at the same time she is a warrior,” he says, and her life achievements attest this, from her Légion d’Honneur to being appointed Global Ambassador against Hunger, for United Nations WFP.

Franca Sozzani is depicted with all her nuances, her integrity in not giving into compromise and her loyalty to old time friends. Deeply insightful and often emotional ‘Franca Chaos and Creation’ is a surprising love letter from a son to his mother.

Technical: B-
Story: B+
Overall: B
Written by: Chiara Spagnoli Gabardi 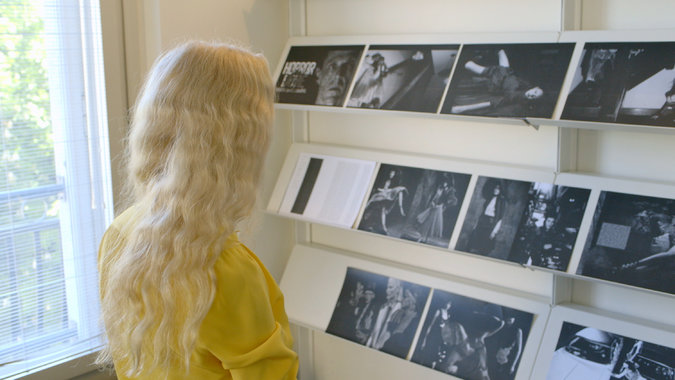