Come What May Movie Review

If you have healthy human emotions, you’ll find it heartbreaking to note that since the opening of the civil war in Syria in 2011, 13.5 million of its citizens need humanitarian assistance, 6.6 million are displaced within their country, and 4.8 million are now living outside of their country.  You would be similarly heartbroken to see a segment of millions of French villagers losing everything they had in their small village during the German invasion of their area in 1939-1940.  They trudge by foot and by horse south to Dieppe, where they will await further instructions.  There had been at least as many French refugees as there now are Syrians leaving their state, though granted, the French villagers did not leave their country.  On the path, they are strafed by German bombers—blown up, shot with airborne machine guns, and harassed on the road by German soldiers (whom they called “Boche,” meaning “blockheads)–as though the enemy is infuriated that the French choose not stay put under the occupation.

This true story propels dramatic treatment in “Come What May,” directed and co-written by Christian Carion, whose “Joyeux Noël” tackles the true account of a bizarre meeting of French and German soldiers on December 24, 1914, who laid down their guns and emerged from their trenches to celebrate Christmas together.  Such an event, alas, is probably unique: there is no love between Germans and French during the Second World War when Paul (Olivier Gourmet), the mayor of a small northern village, proves to be more than a figurehead by persuading his people to leave their homes and travel south.

“Come What May,” or “En mai, fais ce quíl te plait (“In May do what you like”) using yellow subtitles for German, white for French, and nothing for English, is a mostly muted version of the story.  Carion and co-writer Laurre irrmann choose only a few scenes of bombardment and death to emphasize the human side of a village that has regularly gotten together like the independent sorts in New England town meetings.

Two stores are told, intersecting near the conclusion.  One involves Mayor Paul together with his wife Mado (Mathilde Seigner) and his entourage heading south.  The other features Hans (August Diehl), an anti-Nazi German who had been imprisoned by the French for lying about his nationality, and who travels the Gallic countryside with his eight-year-old son Max (Joshio Marlon).  Though separated from his boy, Hans, together with Percy (Matthew Rhys) a Scot who had lost his entire unit, goes out in pursuit.  Suzanne (Alice Isaaz), who is Max’s much-loved teacher, becomes the little fellow’s  caretaker, appearing ready to give up her life to save his if necessary, providing, if you will, a role model for New York City’s hard-working pedagogues.

Though avoiding a faux documentary style, director Carion has nevertheless short-changed his feature by a paucity of melodrama.  However, he does give individuals their own character, finding that while most Germans are brutal, a few  such as a dying soldier who runs into Max who gets the boy to promise to deliver his wallet to the first German soldier he meets.  And guess what?  He probably has a family too and would have given anything to get back to his country to toast the peace with a stein of Lowenbrau.

As Max, Joshio Marlon in his third movie is adorable, his father’s love and ardent search for the missing lad most credible.  Photographing the proceedings, Pierre Cottereau gets some stunning long shots of the southbound caravan, though editing is sometimes abrupt.  There is one dandy surprise.  Watch what happens when a German, making a propaganda film, takes some moving photos of the Scottish soldier playing the bagpipes.  The same filmmaker sets up a sadistic celluloid involving the capture of black soldiers by the German forces.  War is hell, is it not? 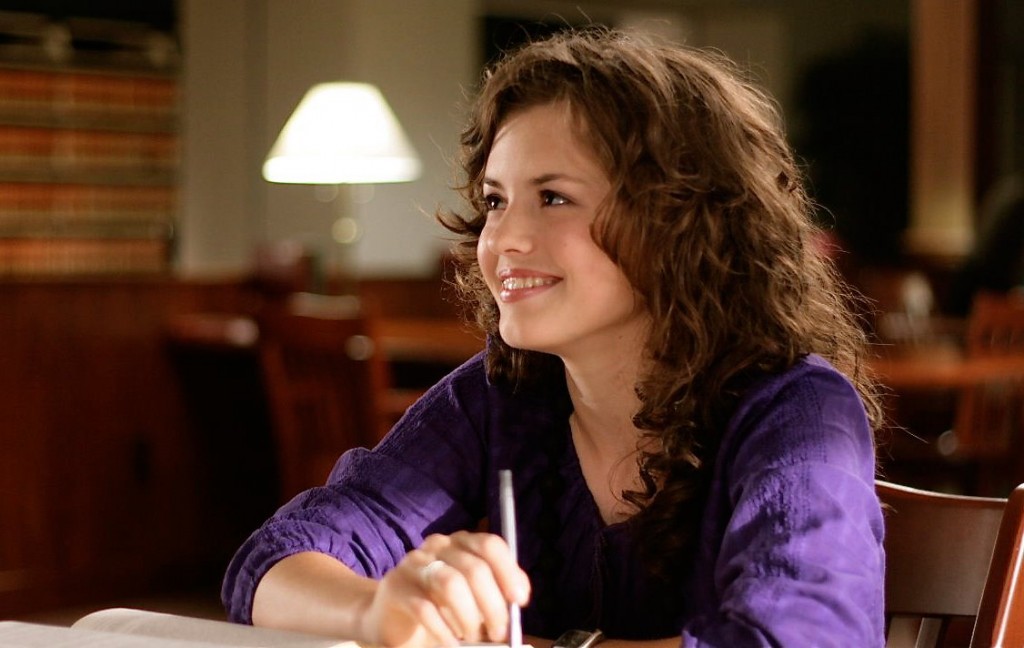