Who hasn’t heard about Rocky Balboa? Everyone knows about Sylvester Stallone’s retired boxing character, who returns to the scene of hand-to-hand combat. But do you know who inspired the story about the fictional punching legend? The answer is Chuck Wepner and ‘The Bleeder’ is the biographical sports drama about his life.

Philippe Falardeau tells the true-life story of Wepner (Liev Schreiber), a liquor salesman from New Jersey, who went 15 rounds in the stunning 1975 heavyweight world championship against the greatest boxer of all time, Muhammad Ali (Pooch Hall). In his ten years as a boxer, Wepner endured eight broken noses, 14 losses, two knockouts, a total of 313 stitches, and ultimately inspired the billion-dollar Rocky franchise. But his toughest fights were outside the ring – failing his marriage with Phylis (Elisabeth Moss), living an epic life of booze, drugs, wild women, incredible highs, extraordinary lows and finally meeting his life companion Linda (Naomi Watts).

‘The Bleeder’ delves into the way Wepner was trying to deal with sudden fame as the ultimate underdog; as it is about that epic fight 40 years ago when a journeyman brawler, against all odds, shocked the world. Director of photography Nicolas Bolduc does a remarkable job in giving the film a vintage look, while Falardeau brings tenderness to his portrait of a man in trouble.

The film poetically weaves in an old film, that homages the genre of boxing movies: Ralph Nelson’s 1962 film ‘Requiem for a Heavyweight,’ as Wepner-Schreiber repeats like a mantra the words pronounced by Anthony Quinn, playing Louis ‘Mountain’ Rivera.

‘The Bleeder’ is a gentle eulogy of the noble art and also reminds us that “sometimes life is like a movie, sometimes it is better.” Happy endings do not pertain to fiction alone; also reality has the most troublesome situations resolve to serenity. 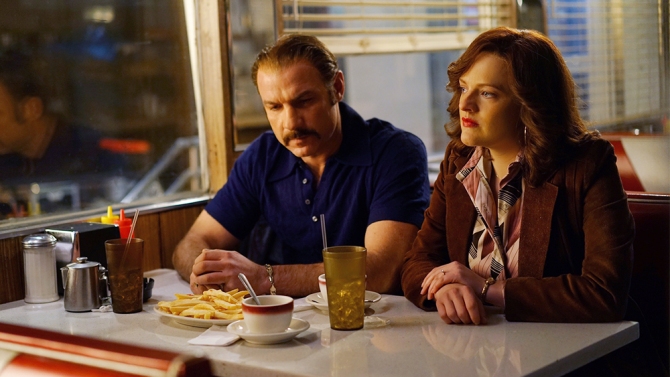