‘Arrival’ is a dream come true for the talented director of ‘Sicario’ and ‘Prisoners.’ Denis Villeneuve himself said: “I’ve dreamed of doing science fiction since I was ten years old,” and with his latest film he succeeds in creating a sophisticated philosophical sci-fi thriller; based upon Ted Chiang’s ‘Story of Your Life,’ with a reminiscence of ‘Close Encounters of the Third Kind.’

When a mysterious spacecraft enters our planet, an elite team ? lead by expert linguist Louise Banks (Amy Adams) ? is brought together to investigate. As mankind teeters on the verge of global war, Banks and her crew race against time for answers – and to find them, she will take a chance that could threaten her life, and quite possibly humanity.

The mission Banks takes on in trying to understand the extraterrestrials’ intentions and their code, intertwines with her past: the birth, growth and loss of her daughter. As the film unfolds, chronology becomes an abstract concept that embellishes Louise’s metaphysical stream of consciousness.

Villeneuve owes the film’s aesthetic to his cinematographer, Bradford Young, who embraced with sensitivity and delicacy the relationship between the mother and her child, and the entire existential woolgathering between humankind and the UFO.

The alluring element of the film is the way it explores semiology between terrestrials and aliens, and how it ultimately delivers a message of collaboration between our nations. This is what makes ‘Arrival’ both thrilling and profound. It engages all the senses, you experience the entire physical strain the characters go through; and simultaneously the windmills of your mind wildly spin in the protagonist’s disorderly fashion. The past intertwines with the present, as déjà-vu levels the future with the current day.

Villeneuve, in his latest audacious work, brilliantly brings together anthropology, linguistics, life sciences, through a cinematic kaleidoscope of human understanding. 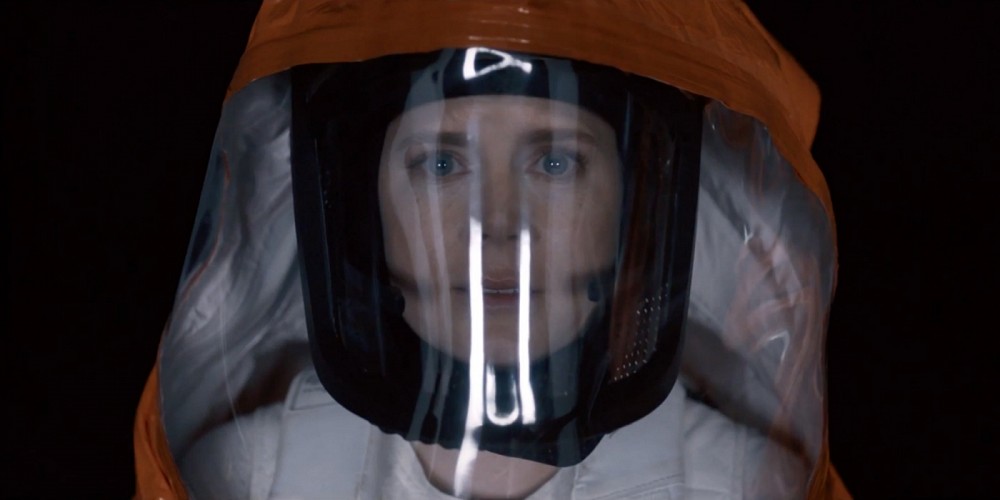