Giuseppe Piccioni is known in Italy for being an auteur who is engaged with grasping his country’s social trends, depicting marginal human figures that are detached from the world, and traverse tormented love affairs.

Questi Giorni (These Days) is a road trip. It’s the story of four teenage girlfriends who – as the genre imposes – will venture on a journey that is also meant to be a spiritual one.

Caterina (Marta Gastini), is moving to Belgrade and will be accompanied by three of her old time friends: Liliana (Maria Roveran), who is fighting cancer; Angela (Laura Adriani), who is the tough one…but not as much when it comes to love; and Anna (Caterina Le Caselle), who is pregnant and doesn’t have a clue of what she wants to do with her life. Each one represents a stereotype. Just as commonplace are their adventures. The female ensemble does not convey a flattering ideal of girl power, and you can perceive the film was shot in an erratic frantic way.

It may all be summed up in an emblematic quote of the film: “If someone had told us, in those days, that that was our time, once in a lifetime, and that we were in an eternal promise, that those times wouldn’t have lasted, we wouldn’t have believed them. Instead, we would have thought that our time was still ahead of us, that the best was yet to come.” This phrase alone (without the need of watching the film) gives away that “these days” are of cliches. 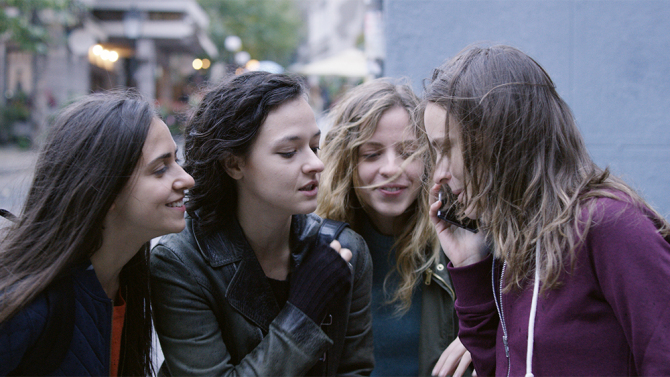