Title: The Voyage of Time

Maestro Terrence Malick chooses to create a chronicle about the complex journey of life, through Cate Blanchett’s narrating voice. The actress addresses her questions to the “Mother,” of creation. Why are we here? What are we made of? Where are we going? She voices out the queries we all have, with affable bewilderment.

The genesis of man, our planet, the universe and life itself, were ambitious themes to tackle. The legendary American director melanges beautiful images, that however do not create the expected “bouleversement.” Rather than experiencing the unfolding of our world as something mind-boggling, we get the feeling of watching some old National Geographic documentaries.

Nevertheless one must recognize that Malick’s labour of passion is an ode to those inquiries that haunt each one of us, wandering on Earth. The legendary filmmaker leads us through past, present and future, with a  phantasmagorical illustration, made significant by scientific advisors and visual effects artists captained by Dan Glass.

Malick’s aim to create a sensual cinema of science is not fully accomplished, as he explores nearly 14 billion years of our universe. Even though the sensorial experience fails, audiences are reminded about the mystery of the natural phenomena, through a pleasurable (although not new) array of celestial, terrestrial, macroscopic and microscopic alterations, that have affected mankind. 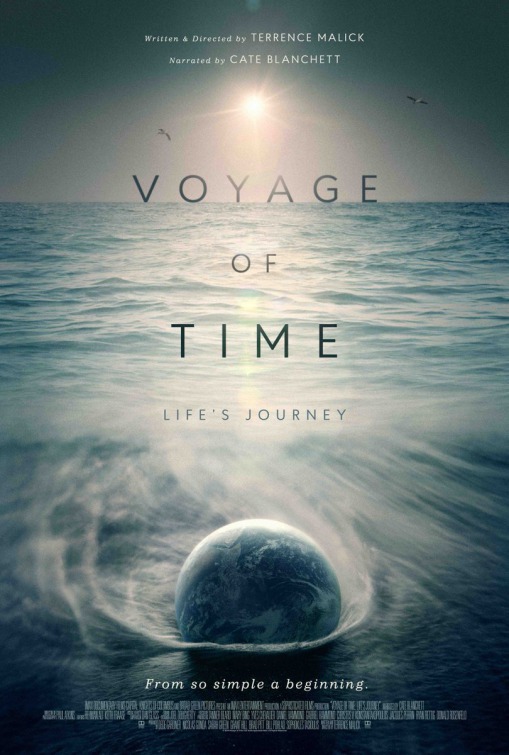