A sensationalized documentary could be made about the killer of six educators and twenty kids aged six and seven in Newtown, Connecticut on Dec. 14, 2012.  A filmmaker could assemble panels of psychologists and criminal investigators to analyze why a young man, Adam Lanza, who would have had all the money he would ever need, committed the most abhorrent mass murder in the U.S. in our century. But Kim A. Snyder is anything but a documentarian whose film would appeal to an audience looking for the lurid.  Instead, “Newtown” is a meditation on grief, on the reactions of a middle-class community both near the time of the shooting and now, four years later.  Three years in the making, “Newtown” deals with survivor guilt, grief of the most painful kind, and a dogged determination to maintain residence in the small community notwithstanding the gutting of the Sandy Hook Elementary School and its rebuilding nearby.

An audience can’t be blamed for wondering why the words “Adam Lanza” were not mentioned at any time, nor was any grief spent on the autistic murderer’s mother, the first to die on that fateful day.  Yet Newtown is the sort of place where you’d never expect such mayhem to take place, though any community could fall prey to a well-armed psychotic like Lanza, whose mother shares some of the blame for filling her residence with guns notwithstanding her knowledge that her twenty-year-old belonged in an institution.

Parents Mark Barden, David Wheeler, and Nicole Hockley are front and center, sharing their memories of their children, showing pictures, both still and in motion of the adorable kids whose lives were cut short in the one place that should have kept them safe.   One of the parents, Hockley, traveled about the U.S. to share her story, while Barden and Hockley spoke at legislative hearings in Washington, though to nobody’s surprise, members of Congress in the pockets of the National Rifle Association refused to authorize even modest national checks on gun purchasers.

One of the issues taken on by Kim A. Snyder in this brief, eight-five minutes’ documentary may sound familiar to anyone who wonders what to say to a neighbors who have lost people dear to them.  You may think that in trying to comfort your friend, you are only stoking the flames of grief, though on the other hand, if you avoid contact, you may be considered indifferent.

Fil Eisler’s music is anything but intrusive in a film edited without the need for a chronological narrative.  “Newtown” is for the special audience that eschews sensationalism, though for others the waves of tearful commentary could prove wearisome. 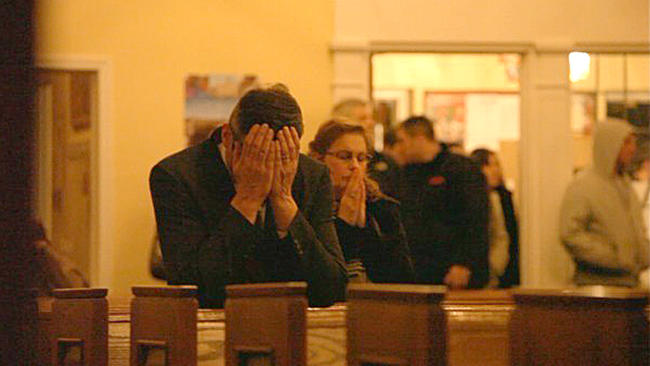