Making one careless mistake has the potential to ruin people’s lives forever, no matter how much sorrow they have over their actions. That’s certainly the case for Jaimie Alexander character in the upcoming thriller, ‘Broken Vows,’ as she must find the strength to escape the grasp of a stalker before he destroys everything and everyone she loves. In honor of the drama being released on DVD (plus Digital), Digital HD and On Demand by Lionsgate Home Entertainment next Tuesday, October 11, Shockya is premiering an exclusive clip, titled ‘Burning the Letters.’

Bram Coppens made his feature film directorial debut on ‘Broken Vows,’ which was written by Jim Agnew and Sean Keller. Ina addition to Alexander, the psychological thriller stars Wes Bentley, Cam Gigandet, Astrid Bryan, Alexandra Breckenridge and Alex Ladove. The film’s DVD will be available for the suggested retail price of $19.98.

‘Broken Vows’ follows Tara (Alexander) as her life begins to unravel when she has a one-night stand with bartender Patrick (Bentley) during her bachelorette party in New Orleans. Patrick becomes obsessed with Tara, as he doesn’t know she’s about to marry Michael (Gigandet), and tracks her down to her quiet California home. As Patrick’s obsession turns violent, Tara stands to not only lose her marriage and her loved ones, but also her life.

In ‘Burning the Letters,’ Tara is initially happy to find a wrapped present in her home, which she presumably believes is from Michael. But once she opens the package, she becomes horrified as she realizes that Patrick has left multiple, in-depth letters for her. The protagonist quickly rushes into her backyard to burn the notes, but is unaware that her stalker is watching her as he stands on her roof. 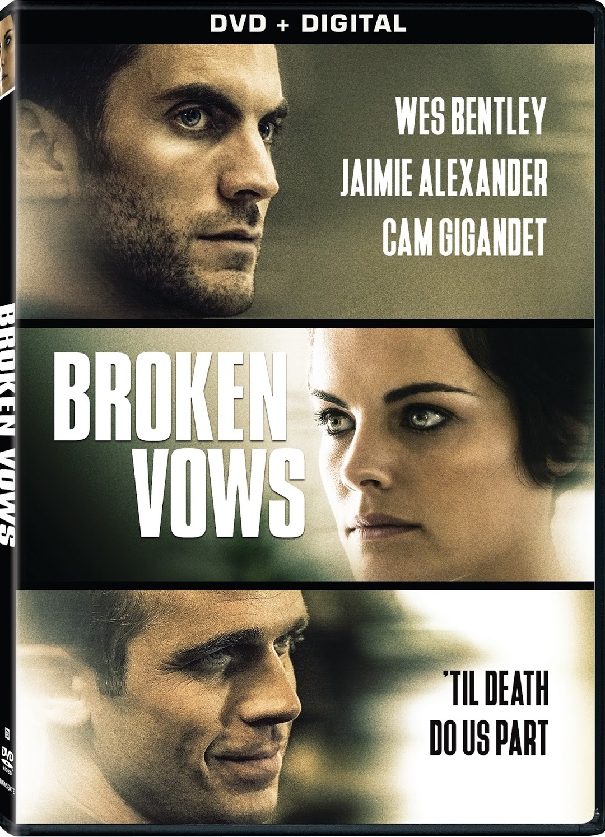