FOTV Media Networks Inc. (NASDAQ: FOTV) announced today it has picked up experimental live television show Trash, Talking for a full season. The show, hosted by comedy duo Elijah Daniel and Christine Sydelko, is filmed live at the FOTV studios in Beverly Hills and aims to challenge the way people watch live television. The show encourages live call-ins from viewers, on-screen chat, and video questions from viewers through FOTV’s BattleCam.com platform. The show airs Wednesday evenings from 6pm to 7pm PST live on cable channel FOTV, and is available to stream for free across the U.S. using the FOTV app, and FilmOn.com.

Both hosts of Trash, Talking are veterans of the social media & comedy worlds boasting hundreds of thousands of dedicated fans on social media due to their outlandish and weird style of comedy. Elijah became a best-selling author earlier this year after his viral novella, Trump Temptations and his viral tattoo of Donald Trump preforming fellatio on a man. Christine’s photo from California Adventure Park where she looks like the “Bugs Life” rollercoaster, Heimlich’s Chew-Chew Train, became one of the most shared memes of this fall. The duo was even arrested together in early 2016 for trying to throw a sex toy at Trump, and have their escapades chronicled in a Twitter Moments thread: https://twitter.com/i/moments/783462943144804353

“This is exactly the kind of thing FOTV can do that you won’t see anywhere else,” said Alki David, CEO of FOTV Media Networks Inc. “We’re making TV by millennials, for millennials, and you just can’t fake that. Trash, Talking brings to life the world of social media snark, crazy stunts and even some unapologetic stupidity. The duo were given the chance to do 3 test episodes and already have had a man use bearmace on himself, have shown up wildly and inappropriately stoned, and gotten into intense verbal melees with the fans who call in.”

Trash, Talking was created as part of a push to bring innovative content, featuring new talent & personalities to FOTV’s evening line up of live television, Monday through Thursdays. FOTV is available on Dish channel 6 in Southern California and throughout the U.S. via the FOTV app and via FilmOn.com. FOTV also airs classic movies, comedy from television’s golden age, live college football and boxing events.

Find out more about FOTV here. 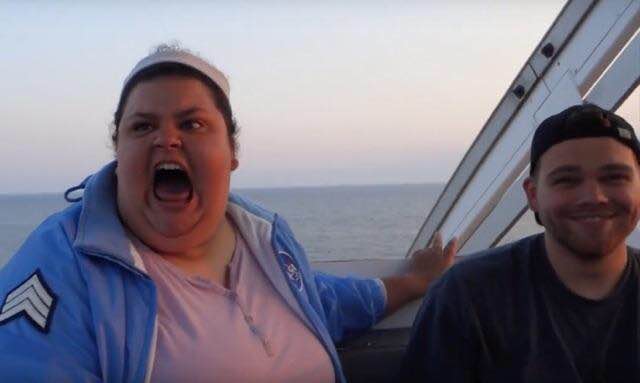