With people who are enduring puberty are often regarded as being among those who are the most self-serving, it’s surprising to discover the adults in their lives can be even more immature than they are in social situations. But that shocking revelation is powerfully presented as fact in the release of the new comedy-drama, ‘The Late Bloomer.’

In celebration of ‘The Late Bloomer‘s theatrical and digital release, Shockya is offering one lucky winner a signed poster, as well as a copy of the book the comedy-drama is based on, ‘The Late Bloomer: A Memoir of My Body.’ To enter, email us at ShockyaGiveaway@aol.com. Let us know that you’re entering to win the ‘The Late Bloomer’s signed poster and book giveaway in the email’s subject line and message. You have until next Thursday, October 20, to enter, and you can enter the contest once daily. After October 20, we’ll pick the winner at random and notify them through email. Good luck!

‘The Late Bloomer: A Memoir of My Body’ was written by author and E! News personality, Ken Baker, who based the story on his own personal life story. The book chronicles how Baker unknowingly lived with a pituitary tumor that caused decades of sexual confusion and insecurities. But after diagnosis, a single surgery at age 28 would finally propel him through puberty and change his entire life.

The following synopsis for ‘The Late Bloomer’ has been released by Momentum Pictures:

Dr. Pete Newmans (Johnny Simmons) is a successful sex therapist whose practice is almost completely devoted to helping people re-channel their sexual impulses. When Pete is hit in the nether regions during a friendly basketball game, his doctors discover a pituitary tumor that has delayed Pete’s onset of puberty for 15 years. Not only does Pete suddenly have an explanation for the various physical and mental issues that had been plaguing him, he undergoes what would normally be years of puberty in a matter of weeks. Mood swings, voice changes and acne greet Pete as he tries to navigate life as both a horny 15 year-old kid and a 30 year-old desperate to be a complete man and get the girl of his dreams.

Watch the official trailer, and check out the poster, for ‘The Late Bloomer’ below. 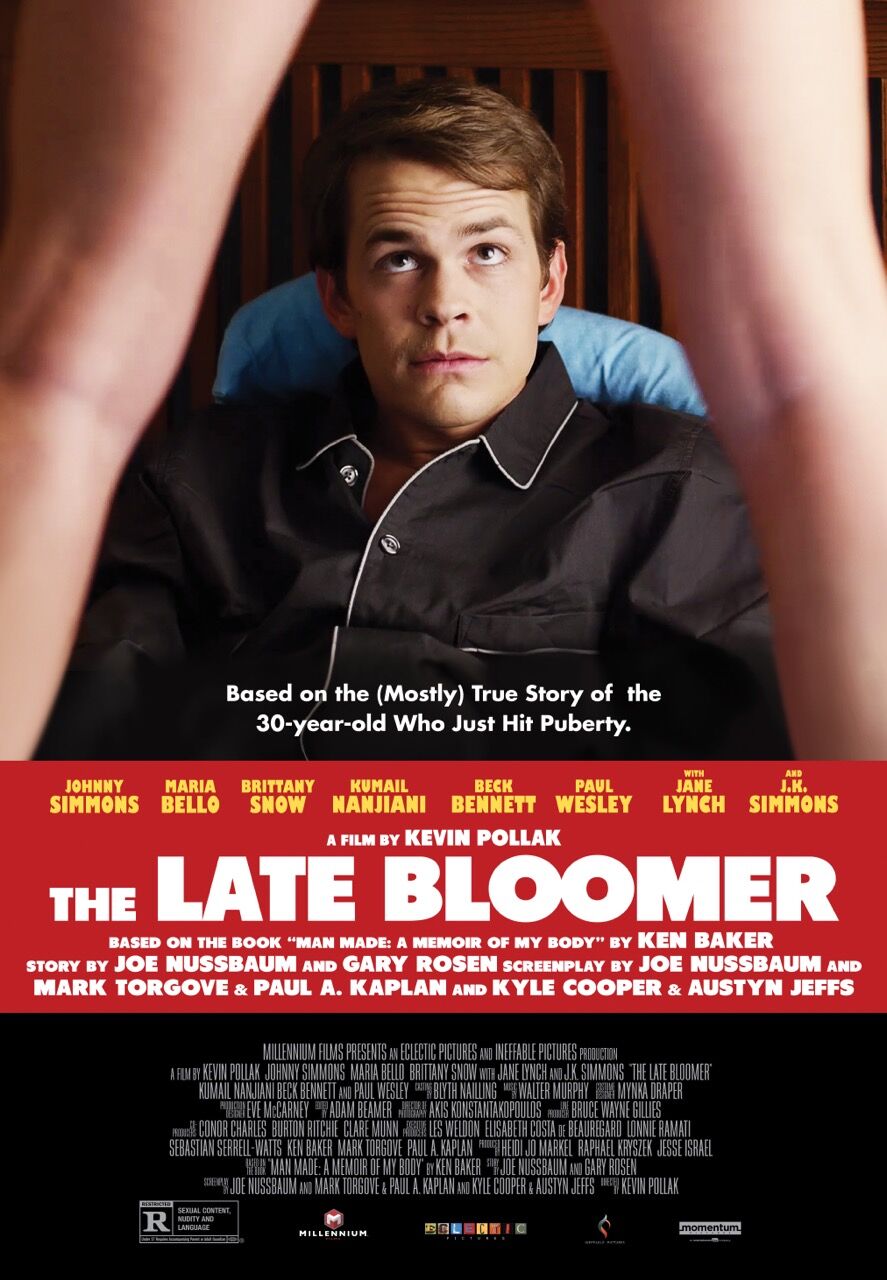 Cancel reply
Does Donald Trump Have The Midas Touch?
Cast and Crew Talk About The Brutal Truths Behind Priceless
To Top