Coming to theaters this week is the movie ‘Priceless‘ which breaks ground with it’s brutally honest and meaningful messages. At their press conference, we were able to get a more in depth understanding of the characters, the message behind the movie and how this movie inspired everyone involved. Those that were at the press conference were, David Koechner, Bianco Santos, and Ben and Joel Smallbone. The movie was directed and created by Ben Smallbone, who won his first award for a movie at a festival when he was just 18. Ben, and his brother Joel, who plays the main character in the film, immigrated to the United States in the early 90s and went through many conditions that American’s are fortunate enough to not have to experience, but despite their trials and tribulations it brought the brothers closer. “If you watch the credits you’ll see lots of smallbones. We moved to America back in the early 90s, it bound us together as a family unit. It was like something we never experienced before, we loved each other but it was a very normal family tension between kids and we went through some incredibly hard times when we first came to America.” Ben continues, “It got to the point where we slept on beds made out of clothes. We would take our clothes off at night and wrap them under these sheets and that’s what we would sleep on. We never knew where food was coming from, so us kids had to bind together to put food on the table and supply for the family.”

As more questions were asked during the press conference, it became clear that this was not just a project, but a passion. A project that was near and dear to the heart of the Smallbone brothers. “Ben and I have seven kids, 5 girls, 2 boys. Commitment and love, these were sort of themes close to our hearts, during the time and of course now. We started sharing a simple message towards men to be chivalrous and on the flip side of that coin say to young ladies to celebrate their worth and it was alarming to see the response, particularly from younger people.” Joel continues, “One of the tangible things we did, we had these Australians one cent coin necklaces that will stick available today at every show. So the simple question getting into the film is if a women is priceless, every human life is priceless what’s the antithesis of that, simply said is it said that love can be bought, pleasure can be bought.”

The movie has a strong keynote that talks on human trafficking and prostitution and the dark and scary truth of how it is ongoing currently. “There was another overarching theme that we have seen the strength of the family unit.” Joel continues, “I think culturally were facing the demise of family in some ways. If you correct the heart of of the man, because let’s face it, this idea of trafficking, is cause and effect, it is supply and demand. If you get rid of the demand the supply goes away, naturally. There was a charge in turn of every man in the film to say hey who are we? Lets love well, ask ourselves some eternal question and turn it into us playing this beautiful strength, courage, and charisma in spite of tragic circumstances. You know celebrating woman, and then that global question, what’s our responsibility in this trafficking and prostitution.”

At this time, Koechner pipes in talking about how the film affected him and what it meant to him. “For me I have 5 kids, 3 girls and I think of any situation like this, is horrifying and then to remember, and that’s why I love about this film. It highlights the point that we often, as a culture, society, whatever nation, look the other way. This is happening right now and as we sit in this room, there is some young woman, young one, she’s 13 maybe she’s 20 who is trapped in sex trafficking and maybe she’s been bought and sold. Some woman is being bought and sold right now in this country in this town in some town in the US and if we can bring awareness that it’s a real ting through a film that we’re all proud of, I certainly am, to be in a film of this nature and it sort of highlights that. I love that, at the end of the movie, they have a website to go to, pricelessmovement.com, that helps teach our society about what’s going on.” Koechner adds to this, “What a wonderful gift it would be if it was just common knowledge that all you had to do was call one number and you’re out. Because right now, I would think that anyone who is stuck there, if they call 911 they probably would think, ‘I’m going to get arrested’ not, ‘I’m going to get taken care of.’ How wonderful would it be if any woman that was trapped, or man, trapped in this situation knows all they have to do is call this number and within 20 minutes someone is going to pick them up and they’re out. That would be amazing.”

All that were in involved in the film proved that this was not just another film for people to watch, this was an artistic movement to make people open their eyes. The desire behind this was to show the world what is going on beyond our lives, what really matters in life. There are so many women and men being bought and sold for prostitution and here they have created an outlet for everyone to learn about these people trapped in the system. Ben Smallbones has out done himself in creating this passion project and it is only a matter of time before he creates another piece of art that teaches the world something else that is outside our comfort zones. 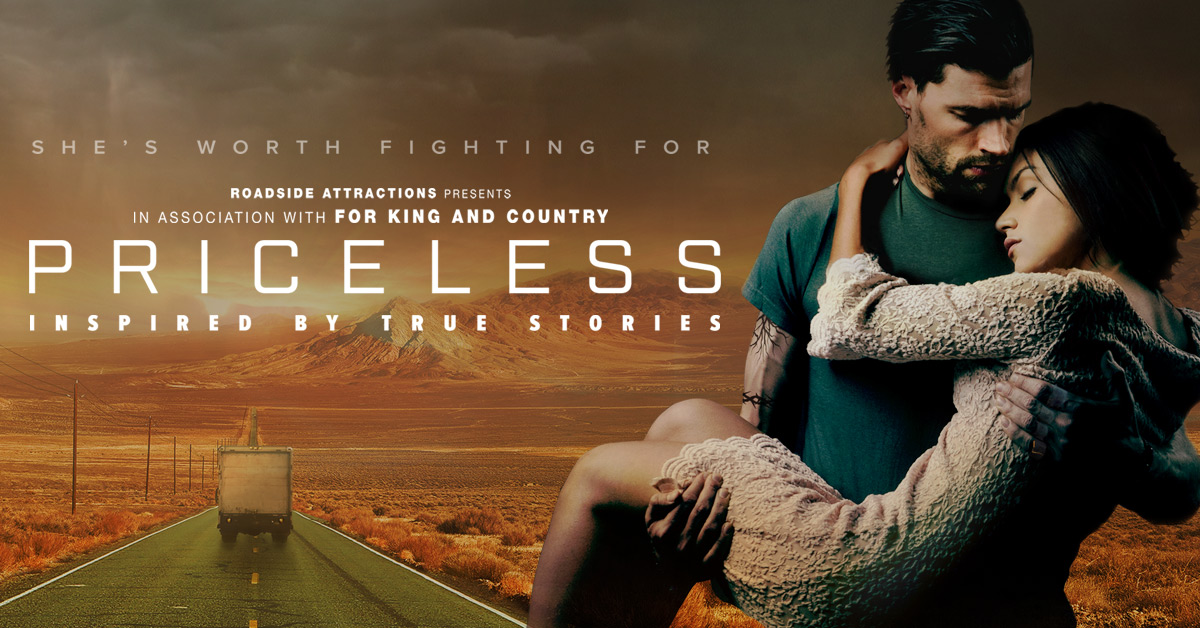