Join the actors and filmmakers for the horror film CLOWNTOWN from ITN Distribution on Saturday, Oct. 15, 2016 at 2:00pm at Dark Delicacies in Burbank ( 3512 W Magnolia Blvd.) for an in-store signing on behalf of the film’s DVD release. Writer Jeff Miller (Axe Giant: The Wrath of Paul Bunyan) and director Tom Nagel (“The Retrieval”) will be on hand along with the film’s stars: Brian Nagel (Katy Perry’s “Roar”), Lauren Elise (Justin Lin’s “Help”), Andrew Staton (“Relentless”), Katie Keene (Union Furnace), Jeff Denton (The Beast of Bray Road) and Ryan Pilz. CLOWNTOWN is now available on Video on Demand and on DVD for an SRP of $15.00.

In CLOWNTOWN, a group of friends get stranded in a seemingly abandoned town and find themselves stalked by a gang of violent psychopaths dressed as clowns. The film is loosely inspired by the clowns who terrorized Bakersfield, Calif. in 2014. 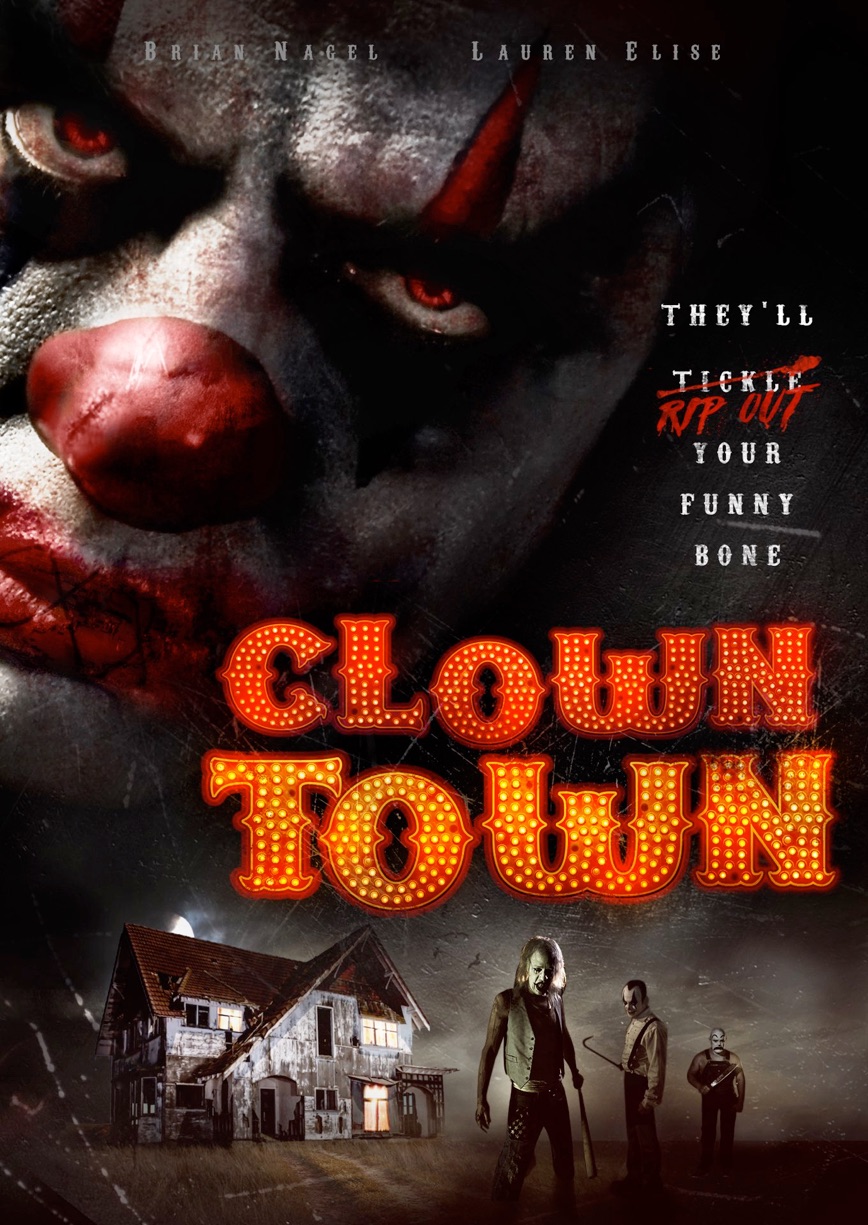