One of the most vital elements of truly maturing into adulthood is realizing your past mistakes, and trying to rectify those errors with the people you may have hurt. But those good intentions may inadvertently lead to more mishaps if your nervousness clouds your judgment. That gaffe is a relatable driving force in the new romantic comedy, ‘Do Over.’ In honor of the film’s recent release, Shockya is premiering an exclusive new clip, titled ‘Live Around Here.’

In ‘Live Around Here,’ Drew Seeley stars as Sean King, who returns to his hometown, in an effort to repent for his past. He sees a woman he was acquainted with in high school, Gina Giordano, who’s played by Gina Field, in a local food market. Sean tries to pretend that the interaction is purely a coincidence, as he tells Gina that he recently started looking to move back to town, even though he really tracked her down. The unexpected meeting leaves Gina flustered, however, as she doesn’t seem to be as perceptive to reuniting with Sean as he is to reconnecting with her.

In addition to Seeley and Field, ‘Do Over’ also stars Jonathan Bennett, Amy Paffrath and Zack Lively. The comedy was helmed by first-time feature film director, Ryan Francis. He also co-produced and co-wrote the script with Field and Kevin J. Foxe.

Freestyle Digital Media acquired the North American distribution rights to ‘Do Over.’ The distribution company unveiled the comedy on VOD on October 11, and a limited theatrical release is set to follow.

Watch ‘Live Around Here,’ Shockya’s exclusive clip from ‘Do Over,’ below. 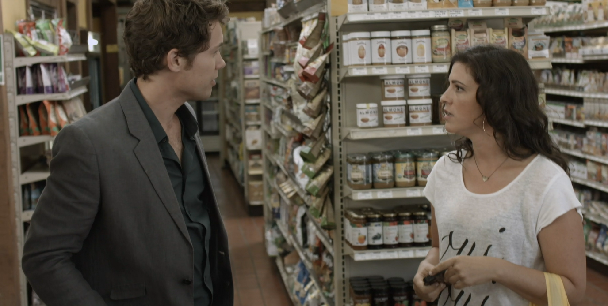