Many people determinedly search for the person they feel got away, as they feel like they can’t live without them. While most of those people relentlessly search for the one they love and want to share their life with, the new horror television series, ‘Wolf Creek,’ puts an interesting new spin on that epic journey. The drama’s antagonist and protagonist are resolutely pursuing each other, in order to engage in an epic battle that will prove who’s the ultimate adversary.

In honor of the psychological thriller show being driven by the two lead characters tracking each other in their mutual hope to fight, Shockya has an exclusive new clip from the upcoming third episode. The clip features the series’ iconic villain, Mick Taylor, as he stops in a diner in his quest to track down his latest nemesis in the Australian outback. The serial killer describes what the American girl he’s looking for looks like to the cashier, but she insists that she hasn’t seen her before, much to Mick’s dismay.

The six-episode limited television show premiered in America on Friday, October 14. ‘Wolf Creek’ is airing exclusively on Pop, a cable and satellite television network that’s a joint venture of CBS Corporation and Lionsgate. The third episode of the series will premiere this Friday, October 28, at 10pm ET/PT.

The ‘Wolf Creek’ television show was inspired by the iconic Australian cult film series of the same name. The horror series was created, directed, written and executive produced by the movies’ creator and helmer, Greg McLean.

The television adaptation of ‘Wolf Creek’ follows an American family as they’re vacationing in Northern Australia. The group becomes the unsuspecting prey of Mick Taylor (John Jarratt, who reprises his role from the movies), a sadistic serial killer who hunts and kills tourists in the Outback. The sole survivor is Eve Thorogood (Lucy Fry), a 19-year-old college student who loses her parents and younger brother. Angered by the brutal murders, she vows to either bring the killer to justice, or die in the process.

Watch Shockya’s exclusive clip from the third episode of ‘Wolf Creek’ below. 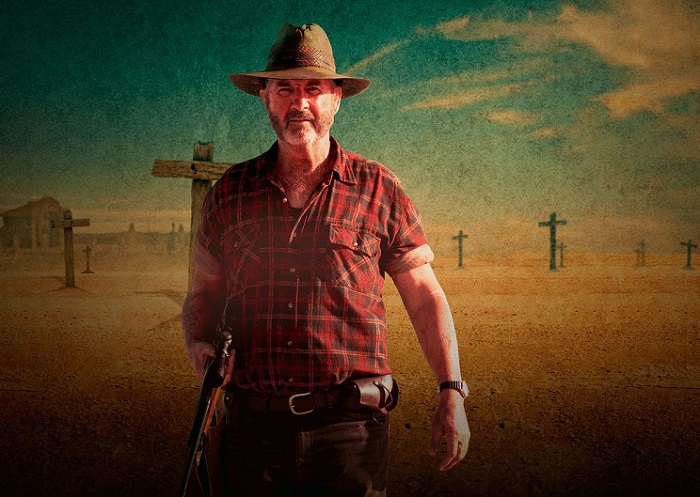