Exploring your new and revitalized identity in an unfamiliar territory can be a daunting challenge for many people. But for the characters, as well as the cast and crew, of the new horror film, ‘Antibirth,’ that examination is a compelling experience that truly helped define their lives. Danny Perez powerfully made his feature film writing and directorial debuts on the drama, which features actress Natasha Lyonne in a classic return to leading a movie cast. The complex protagonist played by the performer, who also served as a producer on the movie, enthrallingly learns how to overcome her fears in order to finally take control of her life.

‘Antibirth’ follows the emotionally and financially struggling Lou (Lyonne) as she continuously battles her daily life obstacles. The only solace she finds is indulging her dependence on drugs and alcohol, which she regularly does with her best friend, Sadie (Chloe Sevigny), at both parties and at home. Lou is having trouble making ends meet, as she only works part-time cleaning rooms at a local motel, whenever she’s not her satisfying her addictions. Her only saving grace is that she’s living rent-free in a trailer her father left to her after his death.

Lou’s drug habit is fueled by her supplier, Gabriel (Mark Webber), who Sadie is currently dating, despite her objections over the way he treats his unsuspecting customers. His nonchalance over the way the drugs he deals to the community is highlighted when he doesn’t show concern for Lou as she begins experiencing hallucinatory visions and blackouts. After a night of especially hard partying, she discovers that she’s newly pregnant, even though the last time she remembers having sex was six months ago. While her pregnancy develops extremely quickly, Lou refuses to make a doctor’s appointment, as she’s afraid of what she may discover about her condition. While Sadie offers to help her friend uncover what really happened to her, she’s hesitant to readily believe that Gabriel has any involvement in Lou’s ailment.

With her supplier also not taking direct responsibility for her predicament, and her best friend deciding to support him instead, Lou instead finds solace from a woman she meets at the motel. Lorna (Meg Tilly), who’s a conspiracy theorist, is the only person who’s receptive to the protagonist’s conflict, as she’s investigating the drugs’ effects on other local women. As they get to know each other, Lou’s new acquaintance offers to give her information about secret military medical experiments, which may be responsible for her predicament. As Lorna presses Lou for details about her seemingly unnatural pregnancy, the expectant mother starts believing that her illness may have been intentionally inflicted on her.

‘Antibirth’ had its world premiere at the 2016 Sundance Film Festival in January, after which IFC Midnight acquired its American distribution rights. The horror movie was then released last month in select theaters and on VOD. The drama went on to have its Toronto premiere at the Scotiabank Theatre last Wednesday, October 19, during the 11th Annual Toronto After Dark Film Festival (TADFF). To honor the Ontario-produced ‘Antibirth’ being showcased in the Canadian province where it was filmed, Perez and Lyonne generously participated in a post-screening Q&A during the festival.

Perez began the conversation by noting that the inspiration for ‘Antibirth’ came from several places. “I’m friends with Natasha, and wanted to write something for her, first and foremost,” the filmmaker explained. “I wanted it to play to her strengths, performance-wise. I also knew I wanted it to be genre-related, because that would allow me to do something very stylized and visual. I’m also interested in conspiracy theories, so I wanted to do something with that with the narrative.”

After reading the script that Perez sent her, Lyonne noted that she was “very excited” to take part in the movie. The actress explained that she was given the screenplay before she began appearing in ‘Orange Is the New Black,’ of which she said she’s “very grateful to be on,” which garnered applause from the audience. “The reality is, at that time, no one was saying, ‘I want to write a part just for you.’ I was in a very low dip in my career,” she admitted.

“So to have Danny, who’s a friend of mine, and who is a very accomplished guy, say ‘you’re the person I created this for,’ meant a lot to me,” the Emmy Award-nominated performer humbly admitted. She added that she became even more enthusiastic to become involved in the film “when he then delivered the script, and it was so good.”

When the cast and crew began shooting the horror film, Perez was was unable to play music on the set, at the request of his AD (Assistant Director). “I like playing music, as it mellows the vibe, but he said we couldn’t do it,” due to union regulations. He would start playing music between takes on the horror movie. “But I would go outside to smoke, and when I would go back on set, the tunes would be off.”

The filmmaker added that “One time Natasha came onto the set in her robe, and was blasting The Misfits. I started laughing, because I knew the AD was terrified of her, and wouldn’t tell her to turn her music off,” which garnered a laugh from the audience.

“I think a little bit of fear goes a long way in life,” Lyonne admitted. “I saw Jeff Goldblum do something like on set once. He kept talking; he would talk to someone, and then talk to a chair. He would stay in his Jeff Goldblumness throughout filming, so no one could enter a conversation with him that would be distracting. Whenever he would say something, he would already be in the middle of something else.” The actress described the approach as being brilliant.

Lyonne added that the process is a bit method, and she “stole that a bit. I stayed in the spirit of the character, and would chain smoke and listen to the same kind of music as she does.” The SAG Award-winning actress added that “We also did so much work on that before. We didn’t do that much research, but we would fancy ourselves as tough guys.”

After she began developing the role of Lou, Lyonne noted that she embraced the experience of also collaborating with Sevigny. “The dialogue is so good, in a way that you never see. It’s told in a voice that I find to be very exciting.” Lyonne added that she felt that the language between the two female characters was aided by the fact that Perez wanted a diverse range of shots that focused on the women’s actions.

In addition to the dialogue and relationship that bonded Lou and Sadie together, another key element that helped drive the story in ‘Antibirth’ is the extensive use of television in the background. “I like trash TV and bizarre human behavior,” Perez revealed as he began explaining why he chose to include the shows that are featured throughout the narrative. “I have fond memories of being a teenager and watching these sh*tty movies and shows with my friends, instead of hanging out with girls. I like the nature of that tangential viewing experience.”

The helmer added that while he was waiting to receive funding for ‘Antibirth,’ he shot the television clips that he later included in the movie’s final version. “Over the course of two or three years, I tried to keep myself busy by shooting those scenes,” Perez explained. He added that one of the clips he filmed was a scene from the television show, ‘Cops,’ in which he plays an officer who’s struggling with a suspect. “I knew I wanted to use those shots for transitions.”

Besides the television clips, ‘Antibirth’ also features an overall timeless feeling amongst its technology and overall lifestyle. But Perez admitted that atmosphere was “unintentional, so I can’t take credit for it. But I do like it now, and do try to take credit for it,” which garnered a laugh from the audience. “Just in general, with writing and performance, I try to stay away from things that will date the work. It was unintentional, but advantageous.”

Lyonne praised the way Perez shot and presented that timeless nature, particularly the television clips, in the horror film, which she described as “looking great on the big screen. Maybe I’m so taken by it because it makes me realize how much I miss movies.”

The filmmaker and actress also discussed their experience of filming ‘Antibirth’ in the fellow Ontario city of Sudbury. They reassured the audience that it’s “not as gnarly looking as we made it look like in the movie. There aren’t many exterior” scenes in the final cut of the horror film. But the shots that do take place outside reflect Lou’s world, and not how Sadbury actually looks.

“In real life, to the right of the location where Lou’s trailer is set is a dog park. On the other side of the rocks, there’s also a parking lot to a Best Buy,” Perez added. “So it’s pretty suburban.” Lyonne added that everyone involved with the film liked the environment of the city, as it allowed them “to be very focused, and made us feel very special.”

Watch the trailer, and check out the official poster, and stills from the TADFF screening Q&A, for ‘Antibirth’ below. 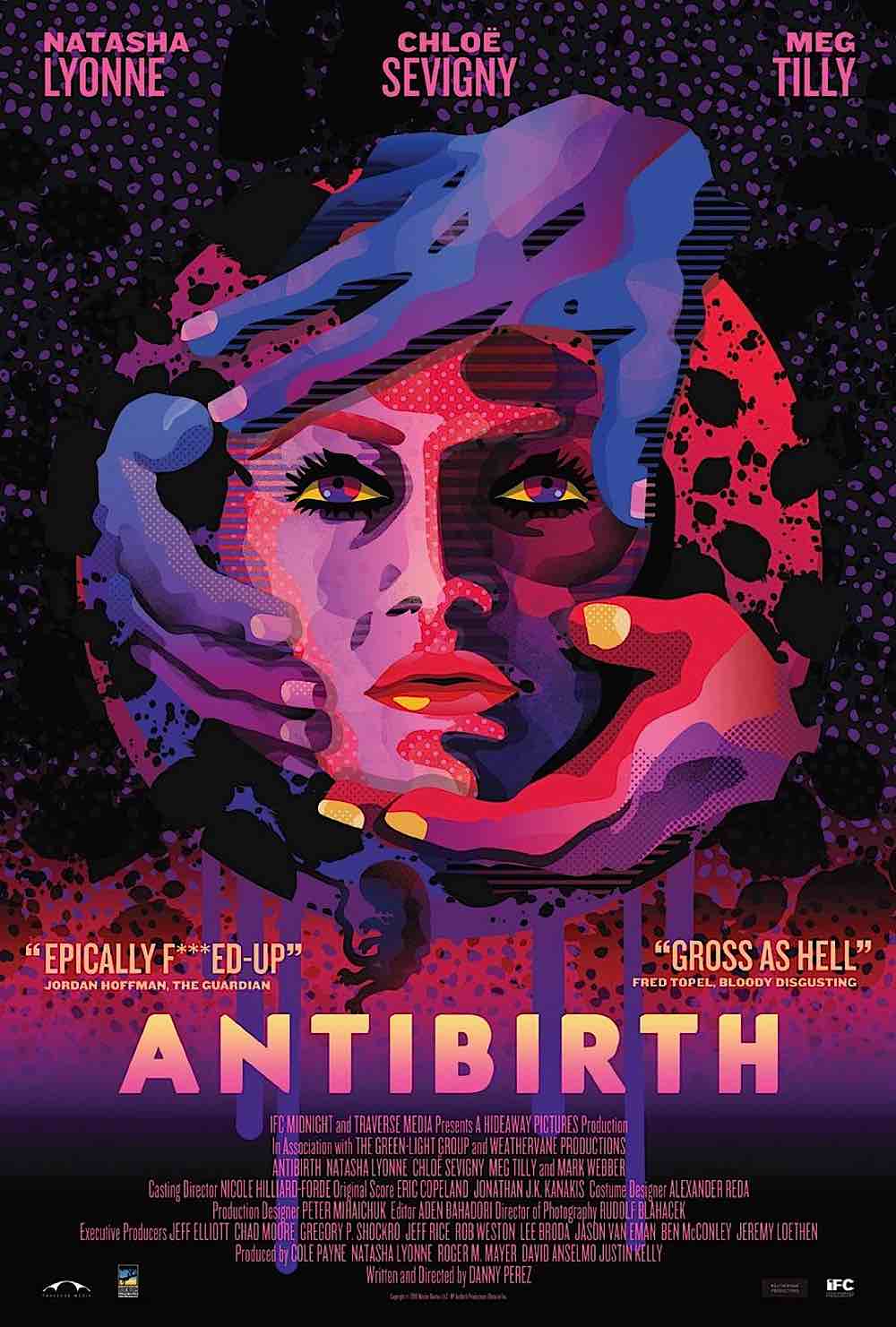 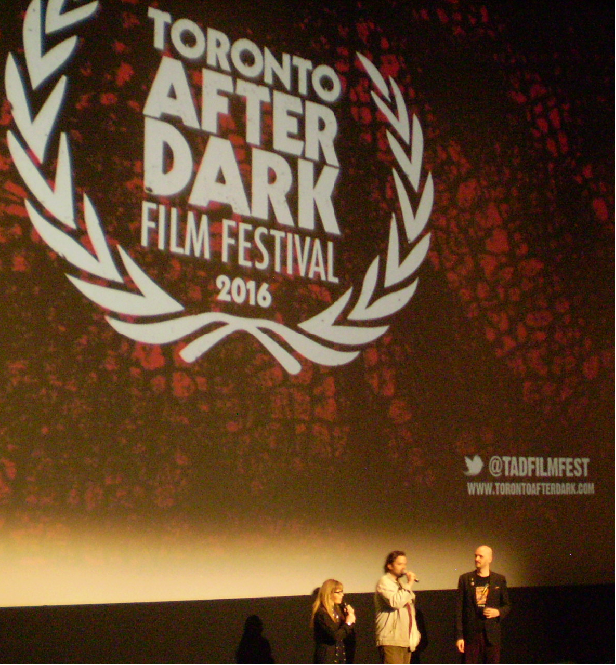 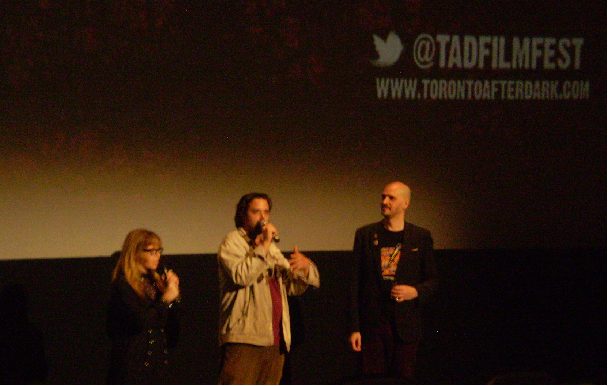 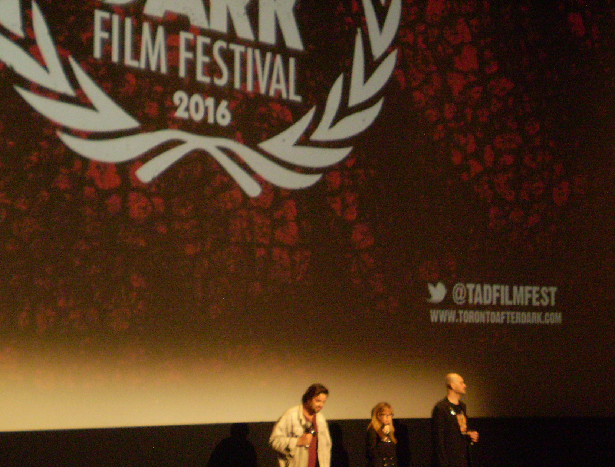 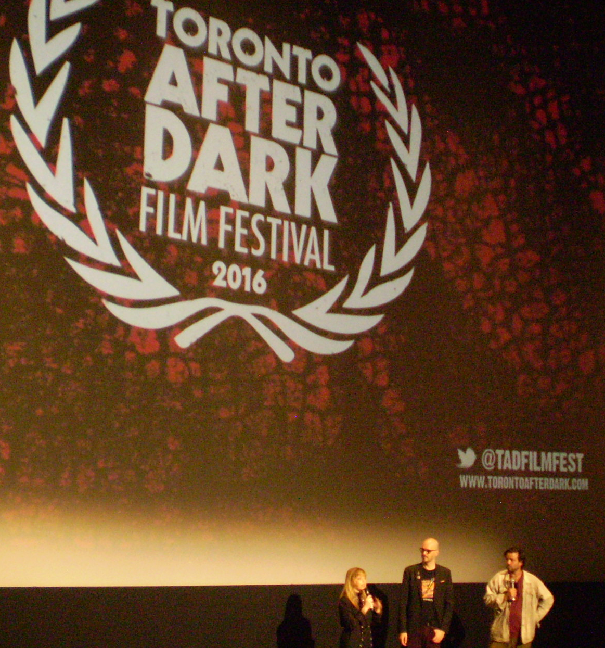 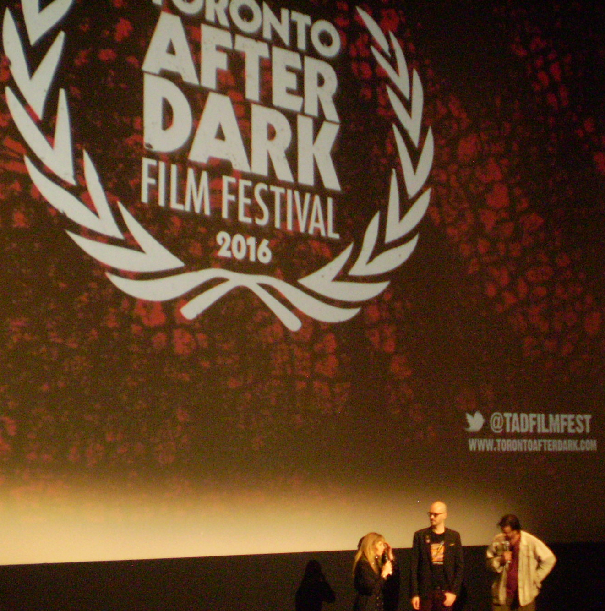