The strongest and most determined women are often the one who are the most confident when it comes time for change. That’s certainly the case with Jessica Chastain’s title character in the upcoming drama, ‘Woman Walks Ahead.’ To showcase her protagonist’s strength and perseverance, the first-look image of the Academy Award nominated-actress has been unveiled at AFM.

‘Woman Walks Ahead’ was directed by Susanna White and written by Steven Knight. In addition to Chastain, the film also stars Ciaran Hinds and Sam Rockwell.

Black Bicycle Entertainment is financing and producing the drama alongside Bedford Falls in association with Potboiler. IM Global is selling the international rights at AFM, with CAA handling the domestic rights. The movie is scheduled to be released next year.

‘Woman Walks Ahead’ is based on the true story of Catherine Weldon (Chastain), a widow who leaves behind her unsatisfying life in Brooklyn to pursue her dream of becoming a painter. She heads to the Standing Rock Reservation in the Dakotas with the goal of painting the Sioux Chief Sitting Bull.

Check out the first-look image of Chastain in ‘Woman Walks Ahead’ below. 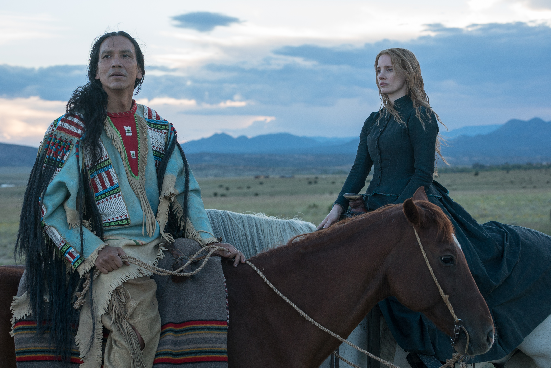