Having an unlimited amount of fun and laughs is a vital aspect to all friendships, no matter what extreme circumstances the cohorts find themselves in together. Relying on that amusement was certainly an essential part of the companionship between the main characters in the cult 1989 horror movie, ‘C.H.U.D. II: Bud the Chud.’ In honor of the film being released on limited edition Blu-ray this Tuesday, November 22, from Lionsgate Home Entertainment, Shockya has an exclusive clip from the comedy’s home release special features.

The clip, which is titled ‘Friends with the Guys,’ features Tricia Leigh Fisher, who played Katie in the sequel to the 1984 original film, ‘C.H.U.D.,’ discussing how her character always hung out with her male classmates. The actress recalls how she related to Katie in that social sense. She also shared how much fun she had working with her co-stars, Bill Calvert and Brian Robbins.

‘C.H.U.D. II: Bud the Chud,’ which was originally released in theaters in 1989, is the fifth entry in Lionsgate’s Vestron Video Collector’s Series. The horror comedy’s limited edition Blu-ray is set to be released in high-definition. The satire’s Blu-ray includes all-new special features, including an audio commentary with director David Irving, interviews with actor Gerrit Graham, Fisher and special effects artist Allan Apone, and a still gallery. The sci-fi movie’s Blu-ray will be available for the suggested retail price of $34.97.

Kevin, Steve and Katie are an inseparable trio of friends doing some extracurricular snooping in the school science lab when, among the test tubes and beakers, they discover a corpse. But before they can say Abra Cadaver, the body disappears, rolling down Route 51 strapped to a gurney. The kids need a spare stiff, and fast. What they find is Bud the Chud, a half-dead decomposing humanoid, who’s the result of a military experiment gone haywire. When Bud sets out on a killing spree, the kids, the Army, the police and the FBI are hot on his trail, trying to save the entire town from becoming Chudified!

Watch for ‘Friends with the Guys,’ Shockya’s exclusive clip from, and check out the Blu-ray cover art for, ‘C.H.U.D. II: Bud the Chud’ below. 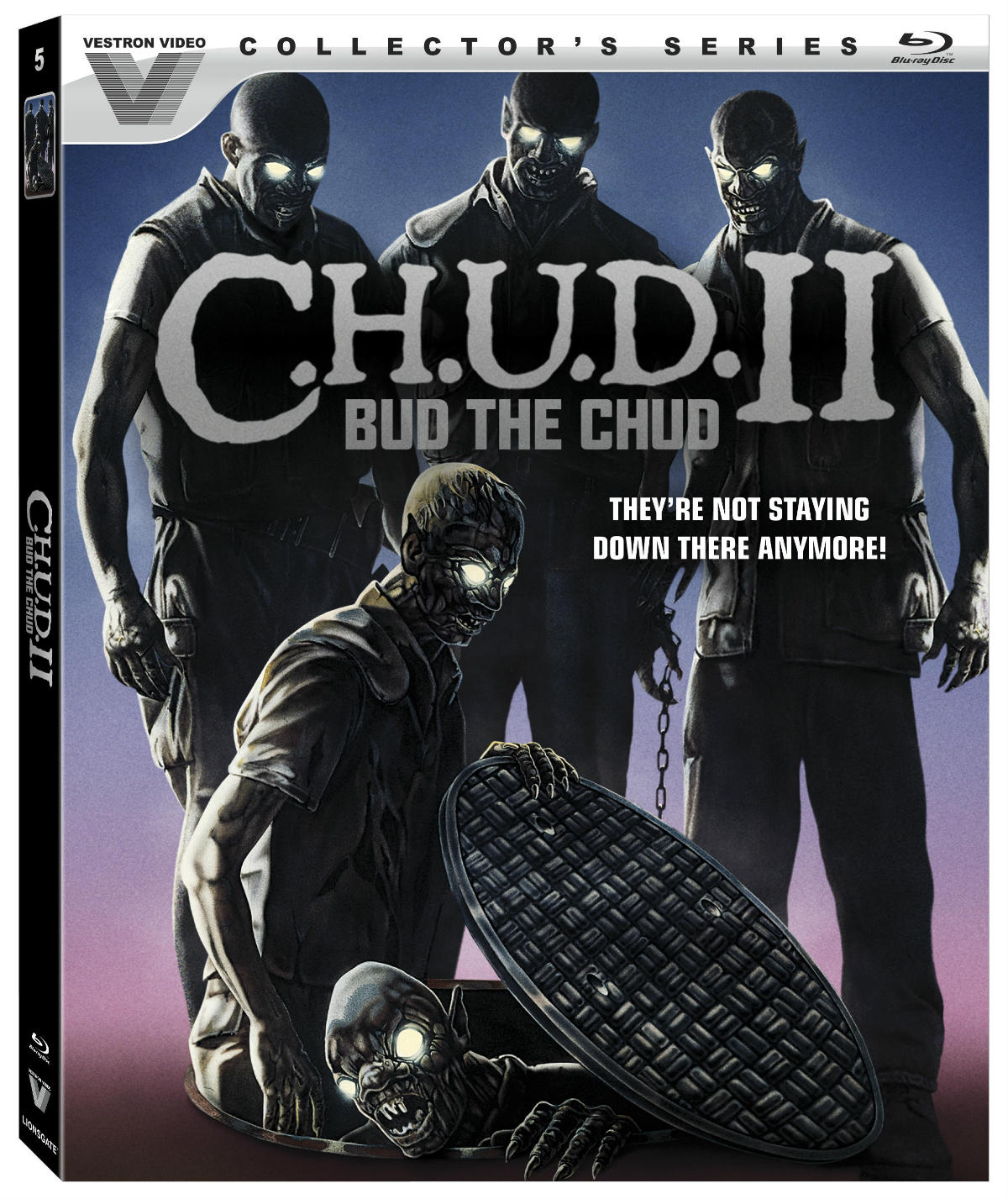