‘Elle’ is a bizarre psychological thriller that stands on the formidable shoulders of the extraordinary French actress Isabelle Huppert. The movie directed by Paul Verhoeven and written by David Birke, based on the novel ‘Oh…’ by Philippe Djian, premiered in competition for the Palme d’Or at the 2016 Cannes Film Festival where it received critical acclaim, and was subsequently selected as the French entry for the Best Foreign Language film at the 89th Academy Awards.

The story is all about “Her” (which is how Elle would translate), the diabolical businesswoman Michèle LeBlanc, who is raped in her home by an unknown assailant and stalks him back. Her backstory will explain the reason why she does not want her abuse to fall in the hands of the press. Her past has forced her to build an armor of imperturbability and an element of sadism, as we see the way she treats her son, her cougar mother with her toy-boy, her former spouse and his new girlfriend as well as her colleague-friend along with her husband.

The plot is intricate, over the top, and if another actress had played Michèle’s character the film would have easily become grotesque. But the grace, intensity, and rawness of Huppert provide appeal to the quirky woman. 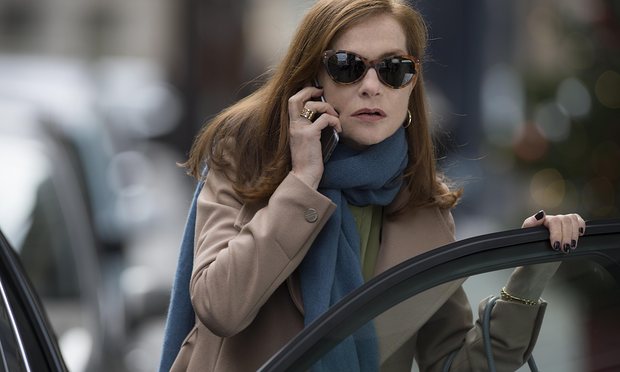