One of the biggest challenges that people face as they try to realize their short- and long-term goals is trying to contend with new perspectives that challenge their long-held beliefs. Whether they’re trying to have fun, or fulfill their dream of being remembered by society, finding a way to conquer their obstacles to achieve either plans can be a difficult, but at-times rewarding, process. The independent horror thriller, ‘The Ladies of the House,’ proves that fiercely holding onto any goal, even if it doesn’t reflect the typical lifestyle of modern day society, can actually be a fulfilling experience.

The drama proves that the rules of domesticity are constantly changing with its new home release. ‘The Ladies of the House’ is being distributed today on DVD by MVD Entertainment Group, after it was unveiled on VOD and iTunes by Gravitas Ventures in May 2015. The grindhouse-style feminist thriller is available to purchase on the MVD Entertainment Group and Amazon websites.

John Wildman made his feature film writing, directing and producing debuts with ‘The Ladies of the House,’ under the guidance of his production company, Wildworks Productions. The filmmaker co-wrote the horror movie’s screenplay with Justina Walford. The drama stars Farah White, Melodie Sisk, Brina Palencia, Samrat Chakrabarti, and Michelle “Belladonna” Sinclair. White, Walford and Adam Dietrich served as producers on the film with Wildman.

‘The Ladies of the House’ follows the fate of two brothers, Jacob (Gabriel Horn) and Kai (Rj Hanson), who, along with their friend Derek (Samrat Chakrabarti), go to a dance club to celebrate Kai’s birthday. After Derek convinces the other two to follow one of the dancers home, things take a tragic turn.

The woman and her roommates-Getty, Lin and Crystal (Melodie Sisk, Farah White and Brina Palencia Brina Palencia)-aren’t just fellow dancers; they’re also cannibals with a fierce sense of home and family, and a taste for men. After Kai quickly falls victim to Getty and Lin and is on his way to becoming the centerpiece of that evening’s meal, Derek tries to figure out how to escape while Jacob discovers his survival may hinge on the twisted desire and whims of Crystal, the beautiful and sociopathic “baby” of the family.

Watch the official trailer, and check out the poster, for ‘The Ladies of the House’ below. 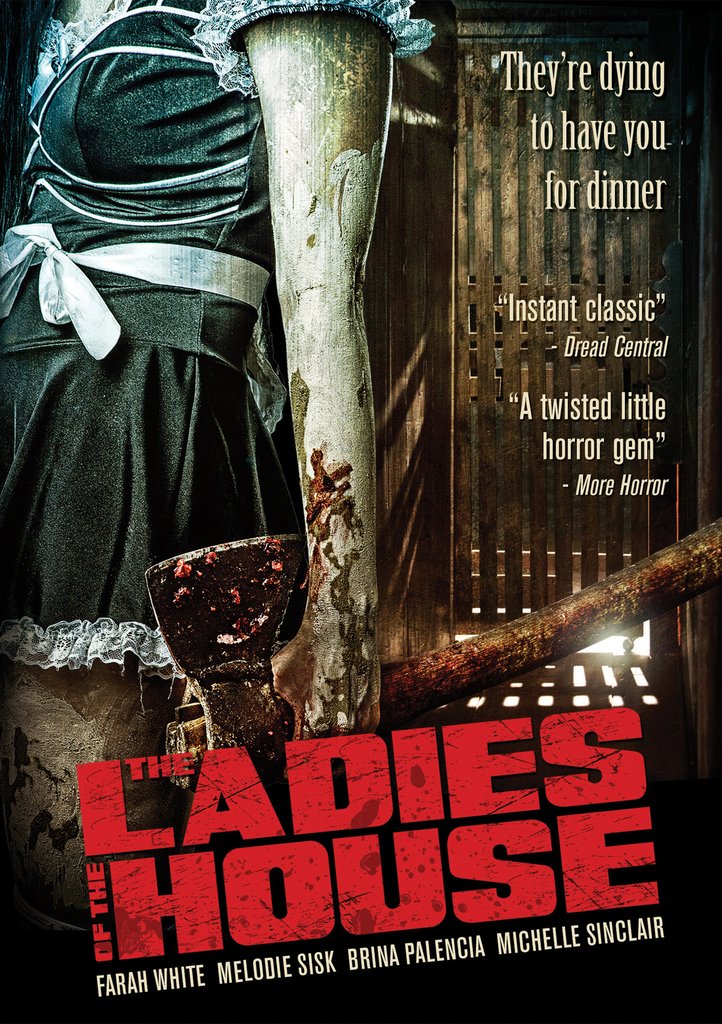