At one point however brief, you get the impression that Pedro Almodóvar is setting us up to watch a woman on the verge of a nervous breakdown.  Happily though, at least for people like me not particularly fond of the writer-director’s goofy comedies and lavish worship of women, “Julieta” is one of the Spaniard’s most accessible movies.  Maybe that’s because Almodóvar takes as his inspiration three stories by the American novelist Alice Munro, the Canadian writer whose Nobel Prize winning short stories frequently deal with people from Huron County in southwestern Ontario.  And her uncomplicated prose will be appreciated by people who are themselves uncomplicated and who have no problem with tales that play around with time.

You might think that “Julieta” is a chick flick, but I suspect that males as well would be riveted by the story, almost brought to tears by the grief suffered by a woman who thinks she is doing the absolute best for her child but who feels justifiably betrayed when the little girl grows up, moves away, and wants nothing more to do with her.

The title character is played magnificently by two actresses, Emma Suárez as the older, more mature and more despondent Julieta and by the adorable Adriana Ugarte as the younger woman.  Come to think of it, both are adorable.  Julieta is so pretty that you can’t imagine anything bad happening to her, certainly not a serious blow from her only child, but tragic things happen and nobody’s ever the same.

The scene opens on the older Julieta (Emma Suarez) who shocks her boyfriend by deciding against the long planned-for trip to Portugal, refusing to give him an explanation.  Her s.o. Lorenzo (Dario Grandinetti) had just finished hugging her, confessing that he appreciates Julieta’s company, which would allow him to avoid spending the rest of his life on his own.  He leaves for Portugal without her.  On a train, she rebuffs an older man’s attempt at conversation, soon feeling guilty because the poor guy commits suicide minutes later on the tracks.  (Not her fault, really.)  As Julieta writes to her daughter, whom she has not seen in 18 years, the scene flashes back to her affair with a handsome fisherman, Xoan (Daniel Grao) resulting in her pregnancy, and her love and devotion to her new baby.

To further the melodrama, Xoan’s wife has been in a coma for six years and Xoan will fare not much better.  An artist and former lover Ava (Inma Cuesta) will develop a serious disease, and Julieta’s mother is in bed with an illness of her own.  When tragedy strikes, Julieta, who in her twenties had been a teacher of Classical literature but has no permanent job to support her snazzy apartment, is to suffer one calamity after another.  Even her relationship with her father does not come out of Leave It to Beaver.

Scenes of Madrid with its typically European side streets will whet the viewer’s appetite for travel, i.e. if one is willing to take chances now with terrorist groups, and the acting—women in the forefront as is typical with Almodóvar—is mesmerizing.  What could have been a classy soap opera instead morphs into a look at the title character with all her healthy enthusiasm and self-destructive mishegas alike.  It’s a pleasure to hear the king’s Spanish, that which is spoken in La Mancha, the English titles are clear, and director of photography Jean Claude Larrieu knows how to make love to women with his camera.

The Munro stories which coalesce easily are “Soon”, “Silence,” and “Chance.” 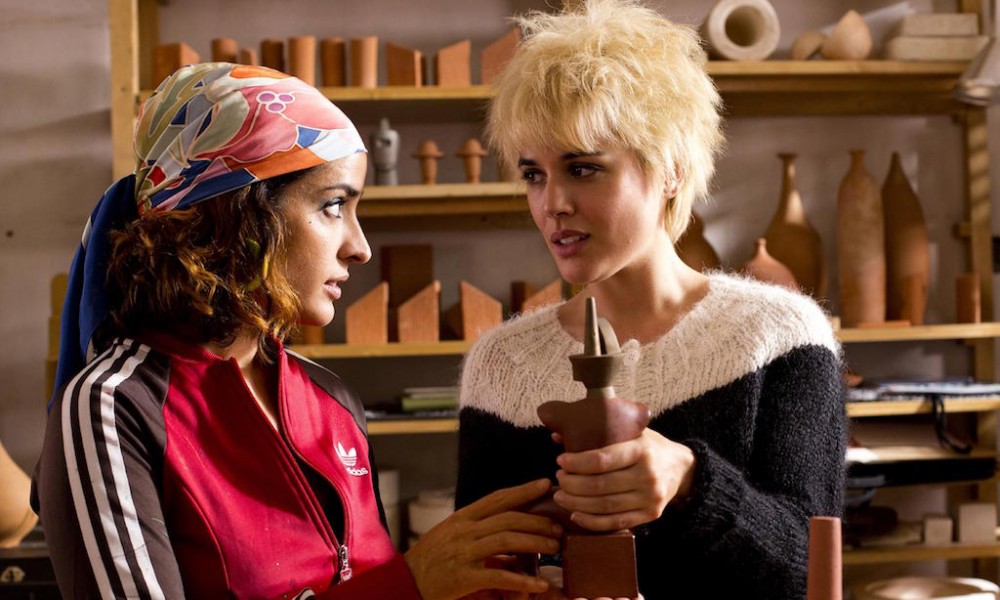