April Martin In the Blink of a Life Album Review

Album: In the Blink of a Life

Reflecting on life’s most powerful emotions from a purely subjective point-of-view is usually the most accessible process for many people. It takes tremendous compassion for a person to instead become truly immersed in the human condition enough to understand other people’s perspectives. New York City-based singer-songwriter, April Martin, is one such person who can completely explore the human heart through great depths of maturity.

The musician’s sincerity, which comes in part from her other career of helping patients with her Ph.D. in clinical psychology, is effortlessly highlighted on her latest full-length album. The recently-released folk and country-infused record, ‘In the Blink of a Life,’ features authentic songs that fiercely contemplate the successes and tribulations that everyone experiences in their lives.

‘In the Blink of a Life’ begins with the stunning track, ‘One Breath,’ with features Martin’s signature harmonies and soft instrumentals, notably a subtle percussion. The musician’s country-infused lyrics contemplate how everyone should cherish moments as they’re happening, as well as the love they feel for the most important people in their lives.

The initial entry on Martin’s album transitions into the country-infused song, ‘Heart Break Doesn’t Come.’ The singer bravely expresses love in the real way she sees it, without idealizing it. With the aid of an enticing guitar, she powerfully reminds the man she loves that she’s not the type of person to hurt anyone, and she won’t leave him heartbroken. The track is a stunning reminder that many things in life can hurt, but love doesn’t have to be one of them.

One of the most memorable and noteworthy tracks on ‘In the Blink of a Life’ is ‘My Rock and My Rain,’ which features powerful harmonies and composition in its chorus. The folk-infused instrumentals enticingly highlight Martin’s vocals as she ponders whether or not she’s committed enough to her relationship. She emphasizes the important realization that many people have who are in relationships, which is the person they love keeps their live steady, and truly supports them.

Another vital entry on the musician’s latest record is ‘Looking Back,’ which serves as a gripping retrospective on the life of a close friend or relative. Martin emotionally reflects on the prosperous life of a person she recently lost in the touching tribute. Backed by a stunning guitar, the singer tries to make sense of why the person is gone, as she appreciates how meaningful their life was.

The musician’s next song, ‘Everyday I Love You More,’ features a more uplifting quality, in part because of the alluring strings and piano. The love ballad is one of the most soothing tracks on the album, as Martin soulfully sings about how she loves the man she’s with more everyday. She humbly admits that she couldn’t have guessed how blessed their life together would turn out.

‘In the Blink of a Life’ then intriguingly transitions into the folk-inspired entry, ‘Would You Let Me In,’ which is led by a spiritual flute that gives a soulful quality to the message. Martin ponders whether the man she’s with understands why she became involved with him, as she knows where his heart has been.

The folk-pop inspired song, ‘All I’ve Got,’ also delivers powerful and unique melodies. Driven by a country-infused guitar and up-beat tempo, Martin expressively reveals that she wants to give all she has in her heart and mind to the people she loves.

Martin’s riveting album ends on a reflective note with the enthralling track, ‘Praise The Morning.’ The musician contemplates the changes that accompany the passing of time, as she honestly examines the varying emotions that occur with life’s ever-changing nature. Aided with a dynamic mix of instruments, the track perfectly echoes all of the important messages Martin sings about on ‘In the Blink of a Life,’ including the importance of appreciating all the changes in life.

Contemplating life’s most compelling emotions from a purely subjective point-of-view is usually the easiest experience for many people. It takes tremendous compassion for a person to become truly immersed in the human condition enough to understand other people’s emotions. Martin is one such person who can completely explore the human heart through great depths of maturity. The folk and country-inspired singer-songwriter’s goodwill is naturally showcased on ‘In the Blink of a Life.’ The record features authentic songs that fiercely contemplate the successes and tribulations that everyone experiences in their lives.

For more information on Martin, visit her official website, as well as her Facebook and Soundcloud pages. Listen to ‘In the Blink of a Life’ in its entirety below. 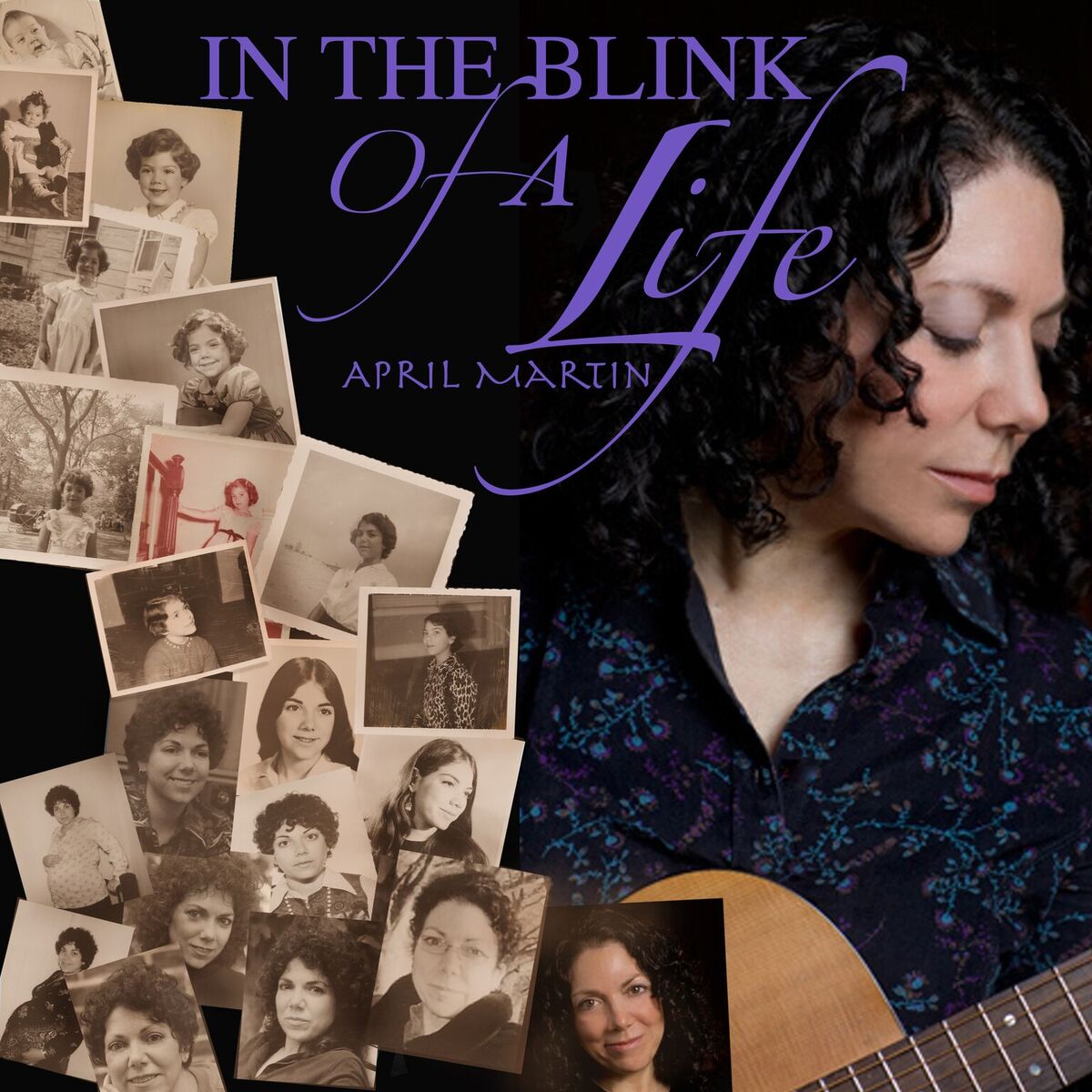