After losing her memory, a woman begins seeing unexplained things when she follows her psychiatrist’s and visits her childhood home. But the recollections soon begin to be too much for the troubled protagonist in the anticipated thriller, ‘Lavender,’ whose domestic release rights have been acquired by Samuel Goldwyn Films and AMBI Group.

The distributors will unveil the movie exclusively on DISH on February 3, before the drama is then released in theaters and on VOD on March 3. The DISH, theatrical and VOD releases come after ‘Lavender’ had its World Premiere during last year’s Tribeca Film Festival. The thriller marks the second collaboration between the two companies, which will also release the Simon Aboud film, ‘This Beautiful Fantastic,’ together on March 10.

Abbie Cornish, Justin Long, Diego Klattenhoff and Dermot Mulroney star in ‘Lavender,’ which was directed by Ed Gass-Donnelly. The helmer also co-wrote the script with Colin Frizzell, and served as a producer on the movie.

“Abbie Cornish provides a stellar performance in this psychological thriller,” said Melanie Miller, the Executive Vice President of Samuel Goldwyn Films. “With beautiful cinematography and a distinct vision from director Ed Gass-Donnelly, we are proud to distribute ‘Lavender’ in partnership with Ambi Group.”

‘Lavender’ follows a photographer, Jane (Cornish), who suffers severe memory loss after a traumatic accident. Strange clues amongst her photos suggest she may be responsible for the deaths of family members she never knew she had. Justin Long plays Liam, the psychiatrist who helps her recover lost memories.

Check out the poster and stills from ‘Lavender’ below. 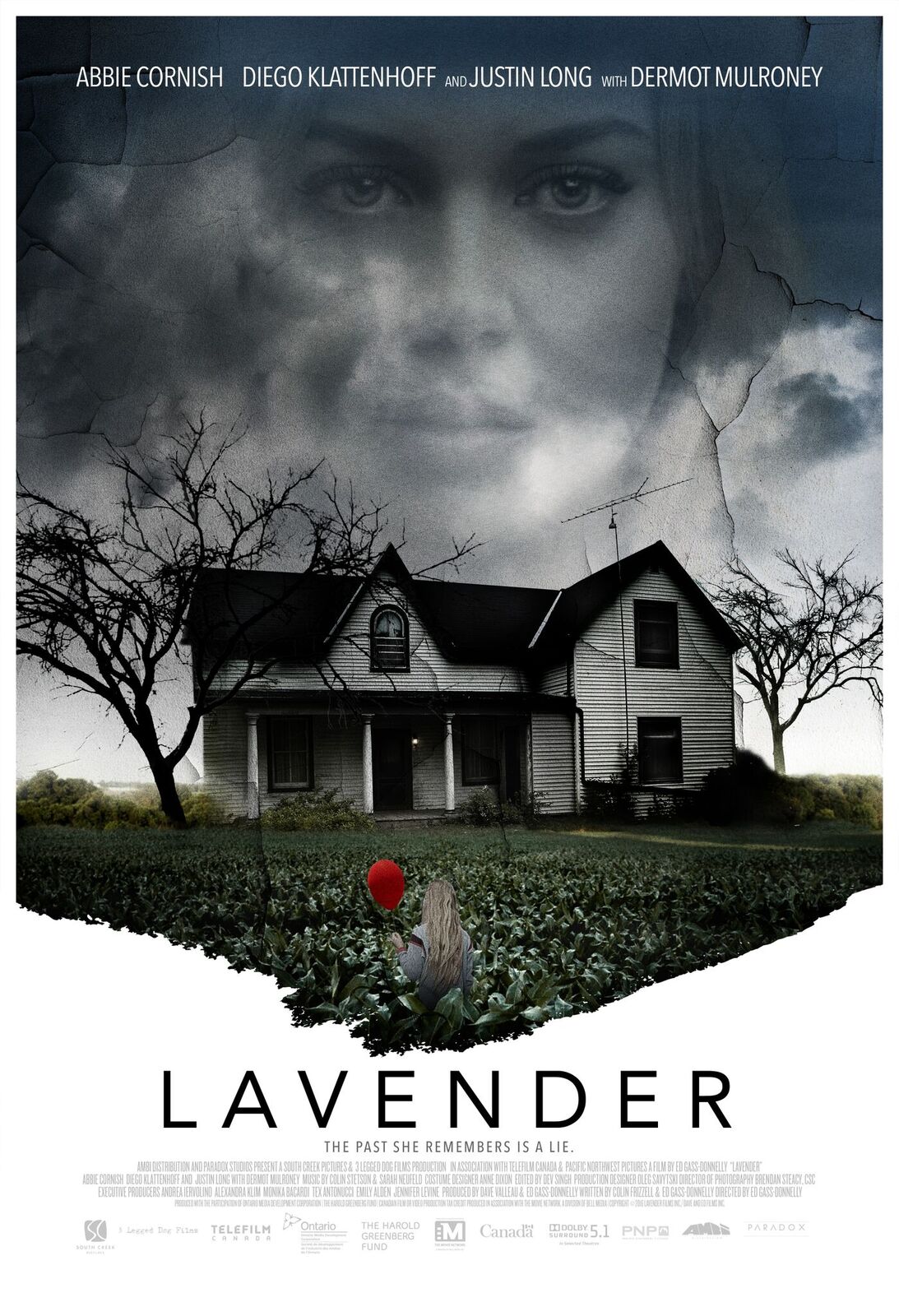