Album: From the Sea to the Sky

Embracing the joy while also accepting the pain of the past isn’t an easy task for many people, but musician Camille Peruto is the rare exception. The Philadelphia-based singer-songwriter perfectly exemplifies what it means to take life experiences in stride. On her newly released alternative album, ‘From the Sea to the Sky,’ the ‘American Idol’ alum creates memorable songs that are fueled with a melodious blend of pop, rock and folk instrumentals and meaningful lyrics. The musician fearlessly sings about how she’s determined to accept and overcome her struggles, while also working to get what she wants.

The first entry on ‘From the Sea to the Sky’ is the inspiring ‘Crooked Roads,’ which serves as the record’s lead single. The pop-rock-inspired song alluringly mixes electronic rhythms, particularly with its gritty guitar riffs and haunting piano cords, with its reflective lyrics. Peruto enthrallingly sings about how she needs to leave a relationship, but still believes in the power of human connection. The track sets the emotional tone for rest of the album, as the singer chronicles how she’s trying to overcome her questioning of whether or not she can continue maintaining a relationship. But she resolutely claims that she’s determined to work on getting what she wants.

‘Biscuit Moon’ is the next enticing tune on the album, as it effortlessly proves Peruto’s versatility and ease in finding different ways to share her emotions. Fueled by a more reserved acoustic guitar riff and subtle percussion, the singer’s vocals drive the track with calming melodies. Peruto informs the man she loves that she’s on her way home, but warms him that she’s not easily fixed. But the musician admits that she has faith that she can learn how to change, as he has showed her what it means to truly love.

The gripping entry then transitions into one of ‘From the Sea to the Sky’s best songs, ‘Can’t Get Away,’ which features subtle guitars and percussion that support Peruto’s meaningful declaration that she doesn’t want the man she loves to go. She determinedly admits that she can’t pretend like their connection didn’t happen through emotional vocals that are reminiscent of Sara Bareilles’ signature sound.

‘From the Sea to the Sky’ then delves into the alt-rock inspired track, ‘Silent Melody,’ which highlights Peruto’s versatile sounds. The gritty and minimalistic drums emphasize the singer’s powerful declaration that she’s never felt more alive in her life, despite experiencing the over-powering tension that’s building up with the man she loves.

The next commanding tune on the musician’s new record is the pop-inspired ‘Let Go,’ which is a whimsical mix of keys, light drum beats and guitar riffs. The stunning mixing and composition highlights Peruto’s declaration that she cherishes the idea of freedom, even if that means that she has to learn how to let go of the darkness she’s holding onto in her life. Also fueled by guitar riffs that are enthrallingly reminiscent of Taylor Swift’s early songs, the musician strongly states how she knows exactly want she wants in her life.

The album’s next entry, the Paramore-inspired ‘Sword,’ is one of Peruto’s most dynamic new songs. Distorted drums help create a darker mood as the singer declares that her love is rooted in the ever-moving Earth. She encourages the man she loves to also declare his feelings if he wishes to preserve their relationship.

‘From the Sea to the Sky’ then switches back to Peruto’s stunning mellow vibe on the following song, ‘The High Road.’ The singer’s alluring vocals are accompanied by a lighter acoustic guitar that adds an empathetic vibe that’s reminiscent of ‘The High Road’s mood. Fueled by a dynamic instrumental arrangement, the singer’s mellow vocals highlight how she embraces the higher standards of life, particularly when it comes to capturing, and taking comfort in, love.

The next commanding track on the singer’s authoritative record, ‘Crazy Crazy Mad,’ features a stunning vocal distortion that perfectly showcases her impassioned attitude in her vocals. Backed by gritty guitars and fueled by melodic hooks, the tune allows listeners to realize that they can accept their distinct emotions, no matter how upset they have become.

‘Crazy Crazy Mad’ then transitions into the dynamic entry, ‘Set Up a Sail,’ which features powerful guitars and keys. Peruto accepts the fact that nature can guide her to where she wants and needs to be in her life, as she sets out to find her true identity.

The next synth pop-inspired song on the musician’s latest album is ‘Row Ghost,’ on which she also states that she has to accept what life introduces into her life. Peruto admits that she has to make peace in the relationships with the people she loves, particularly as she learns to contend with their past mistakes that keep coming into their lives.

‘From the Sea to the Sky’ ends with the tense guitar-driven track, ‘Lagoon,’ which features Layered harmonies, pulsating guitars and enthralling drums. The dominant instrumentals, in particular, aid in Peruto’s final assertion that she can find peace in her past actions, which is helping her embrace what can potentially happen next in her relationships.

Embracing the joy while also accepting the pain of the past isn’t an easy task for many people, but Peruto is the rare exception who can express her true recognition of the past through her music. The singer-songwriter perfectly exemplifies what it means to take life experiences in stride on ‘From the Sea to the Sky.’ On her newly released alternative album, the ‘American Idol’ alum creates noteworthy and emotional songs that are fueled with a melodious blend of memorable pop, rock and folk instrumentals and and relatable lyrics. The musician fearlessly sings about how she’s determined to accept and overcome her struggles, while also working to get what she wants, on each of the record’s stunning tracks. 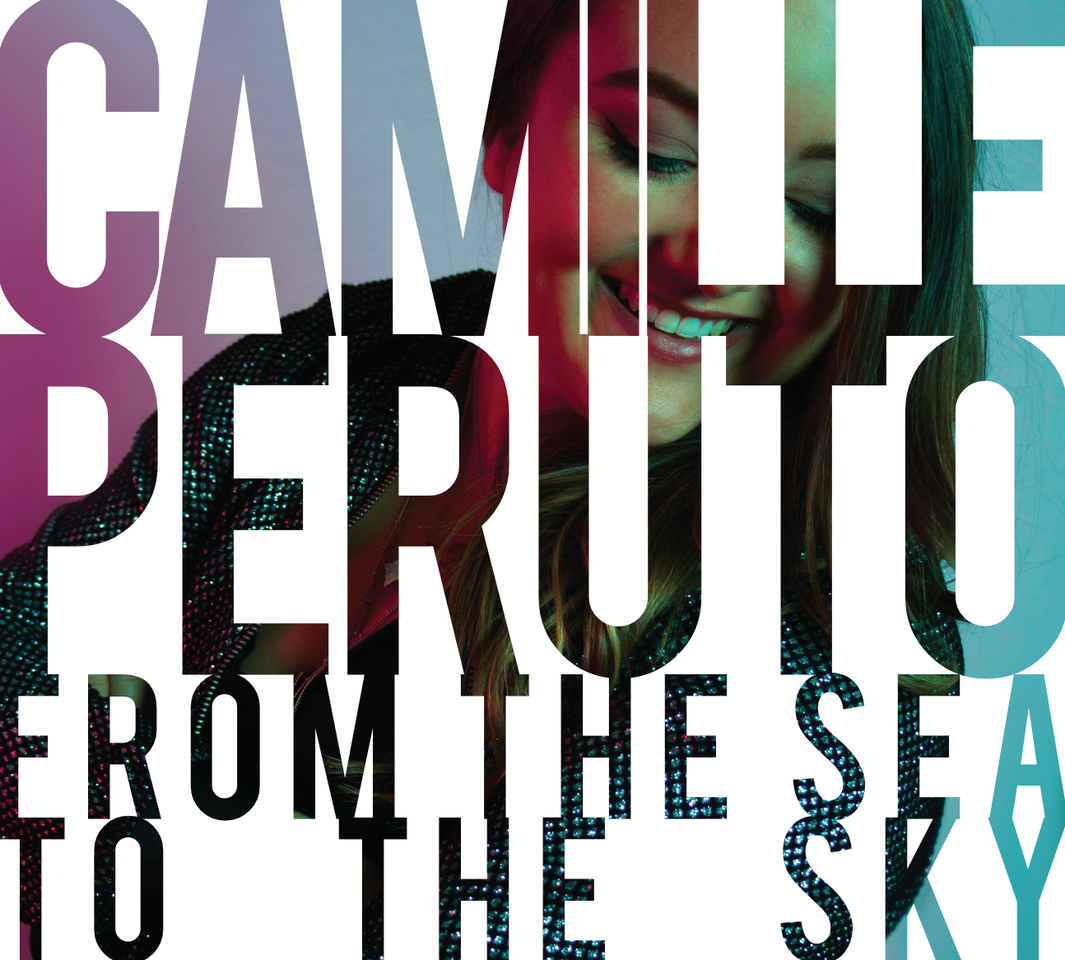