Emma Roberts is diving into the deepest of human emotions in the newly released clip from her latest psychological thriller, ‘The Blackcoat’s Daughter.’ The clip, which has been released by the drama’s distributor, A24, follows the actress as she slips further into the grasp of an unseen evil force, as she wanders alone down a dark hallway to an unknown fate.

The latest clip from ‘The Blackcoat’s Daughter’ is supporting the thriller’s upcoming release in theaters on March 31, and its current streaming on DirecTV. The horror movie’s distribution comes after it premiered at the 2015 Toronto Film Festival.

A24 has released the following synopsis for ‘The Blackcoat’s Daughter’:

A deeply atmospheric and terrifying new horror film, ‘The Blackcoat’s Daughter centers on Kat (Kiernan Shipka) and Rose (Lucy Boynton), two girls who are left alone at their prep school Bramford over winter break when their parents mysteriously fail to pick them up. While the girls experience increasingly strange and creepy occurrences at the isolated school, we cross cut to another story—that of Joan (Emma Roberts), a troubled young woman on the road, who, for unknown reasons, is determined to get to Bramford as fast as she can.

As Joan gets closer to the school, Kat becomes plagued by progressively intense and horrifying visions, with Rose doing her best to help her new friend as she slips further and further into the grasp of an unseen evil force. The movie suspensefully builds to the moment when the two stories will finally intersect, setting the stage for a shocking and unforgettable climax.

Check out the poster for ‘The Blackcoat’s Daughter’ below. 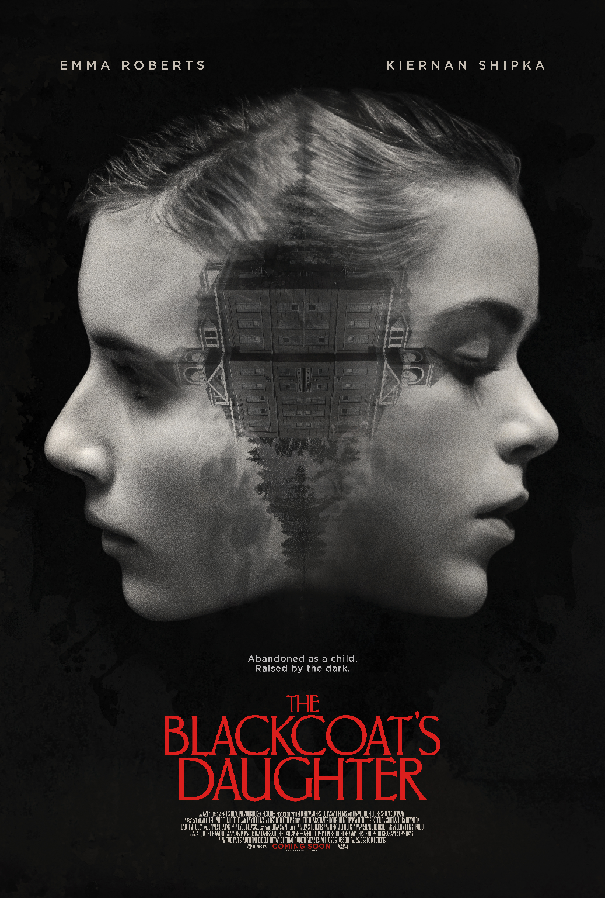