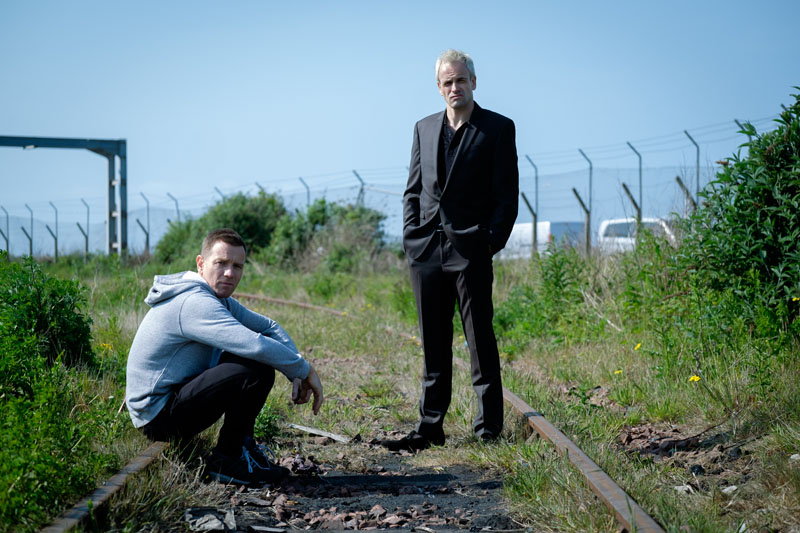 ‘T2 Trainspotting’ is deliberately self-referential, with film-clips, music and echoes from the first film, as we see Mark Renton returning to Scotland and reuniting with his old friends Sick Boy, Spud, and Begbie. Revisiting such an iconic flick was a rather perilous enterprise, having to live up with the expectations of equalling, if not surpassing, a classic of popular culture. ‘Trainspotting’ created a new language in motion pictures, and even though ‘T2’ maintains that surprising and whirl-winding storytelling, it is merely looking back on the good old days.

Whilst the first film was an ode to the decadent chemical generation, ‘T2’ reunites the reckless protagonists twenty years later, almost to ascertain that people turn out to be, in adulthood, just the way they were during the age of innocence. Boyle’s sequel presents a group of lost souls who are still absorbed by drugs, no longer for the delight of youthful abandon, but for a lack of stamina. They narcotise their lives instead of confronting their issues and making an efficacious change.

The cast brilliantly revives the legendary ‘Trainspotting’ characters, portraying their involution: they matured just in age, not in wisdom. The trip down memory lane is so melancholic and outdated that this sequel feels uncalled-for except for one thing: depict the baggage of life’s longings.

Nostalgia is the new addiction. As one of the characters says to Renton “You’re a tourist in your own youth.” The cast brilliantly portrays this sense of Sehnsucht. The German term fully captures the lingering illness lived by Renton, Sick Boy, Spud, and Begbie, who approach middle age. Their thoughts and feelings, about all facets of life that are unfinished or imperfect, intertwine with a yearning for ideal alternative experiences. Their individual search for happiness failed, and they find themselves coping with the reality of unattainable wishes.

Technical: B-
Acting: B+
Story: B-
Overall: B
Written by: Chiara Spagnoli Gabardi