‘Phoenix Forgotten’ is hoping that three students who decided to investigate the mysterious lights over the title city will always be remembered in the newly released trailer and poster for the sci-fi film. The trailer for the drama, which premiered on Entertainment Weekly last week, is supporting the movie’s upcoming theatrical release. Cinelou Films will distribute the thriller on 1500 screens nationwide on April 21.

Sci-fi legend Ridley Scott served as one of the producers on ‘Phoenix Forgotten,’ along with ‘The Maze Runner’ franchise’s Wes Ball and T.S. Nowlin, the latter of whom also wrote the upcoming sci-fi movie. The drama marks the feature film directorial debut of Justin Barber. The horror movie stars Florence Hartigan, Chelsea Lopez, Justin Matthews and Luke Spencer Roberts.

‘Phoenix Forgotten’ is based on the true events that occurred on March 13, 1997, when several mysterious lights appeared over the title Arizona city. The unprecedented and inexplicable phenomenon became known as ‘The Phoenix Lights,’ and remains the most famous and widely viewed UFO sighting in history.

Cinelou Films has released the following synopsis for the thriller:

‘Phoenix Forgotten’ tells the story of three teens who went into the desert shortly after the incident, hoping to document the strange events occurring in their town. They disappeared that night, and were never seen again. Now, on the twentieth anniversary of their disappearance, unseen footage has finally been discovered, chronicling the final hours of their fateful expedition. For the first time ever, the truth will be revealed. 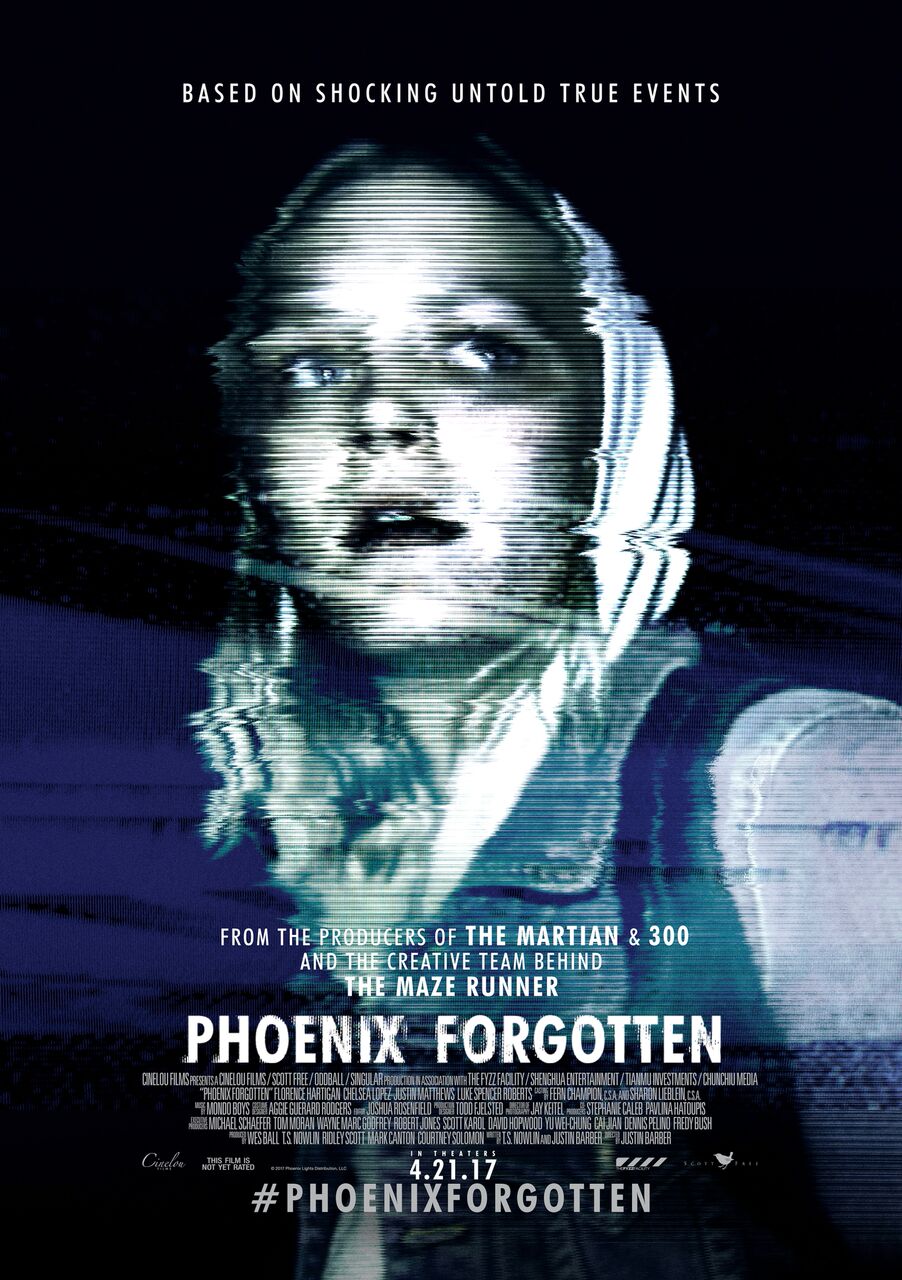